Stephen King Revisiting One of His Own Classics 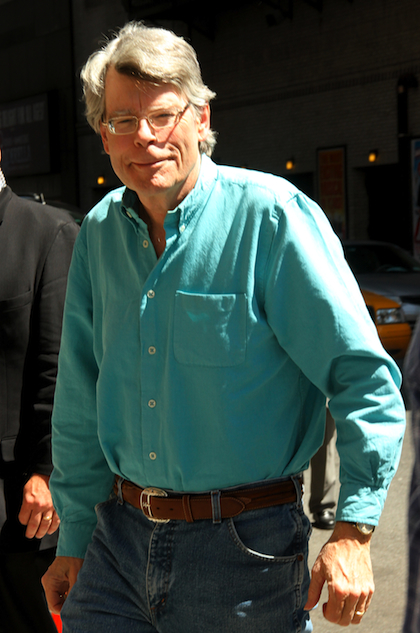 TheKing of Horror is back!

Stephen King, the expert on novel horrors, released his newest book and sequel to one of his biggest successful stories ever. Doctor Sleep is the name of his sequel to his infamous story, The Shining.

Doctor Sleep picks up a few decades after where The Shiningleft off. Danny Torrence, now in his 40s, struggles to deal with his temper and alcoholism, which he inherited from his father, as well as his psychic abilities and memories from the Overlook Hotel.

Many are wondering whether Mr. King still has what it takes to scare the bejesus out of people and if he take on the difficult task of writing a sequel to one of his biggest successes.

But what makes a horror story horrific in a good way? This is yet another difficult question. King seems to know the answer. Lets take a look of some of his older works...

King’s novel-into-movie, It, played on the specific fears of the audience at the time. What are some of people’s biggest fears? If you said spiders or clowns, you’re right. Those are definitely two things I could go without ever seeing again. So you know King will use them in his stories.

Many of King’s classics also play on the idea of realism and that “it can happen to anyone, even you” factor. Like in Autopsy Room Four, one of King’s short stories, where the main character finds himself on the operating table. His hearing is perfect, but he is paralyzed as he listens to the doctors explain their plans to operate on him. The way King approaches his stories allows the reader to put themselves into the story and makes them wonder, “What would I do if that happened to me?”, which can be the scariest thought.

One thing that really draws in the reader or audience is the connection and emotion towards the characters. This is another thing that King capitalizes on, especially in his novel, Carrie. The reader is automatically feeling sorry for Carrie and the torment that she goes through. The story that Carrie tells is so powerful that a third film adaptation from King’s novel will be released later this month starring Chloe Grace Moretz.

Check out the trailer.

King’s work can also be translated into a television series. "Under the Dome", this summer’s television hit, tells the story of a town that finds itself stuck under an invisible force field shaped like a dome. Nothing can get in or out.

Stephen King’s brilliance has entertained and frightened all of us for the past few decades. Can he come back and do it all again?