'Spree' Starring Joe Keery Is The Slasher Film For The Plugged-In Generation! 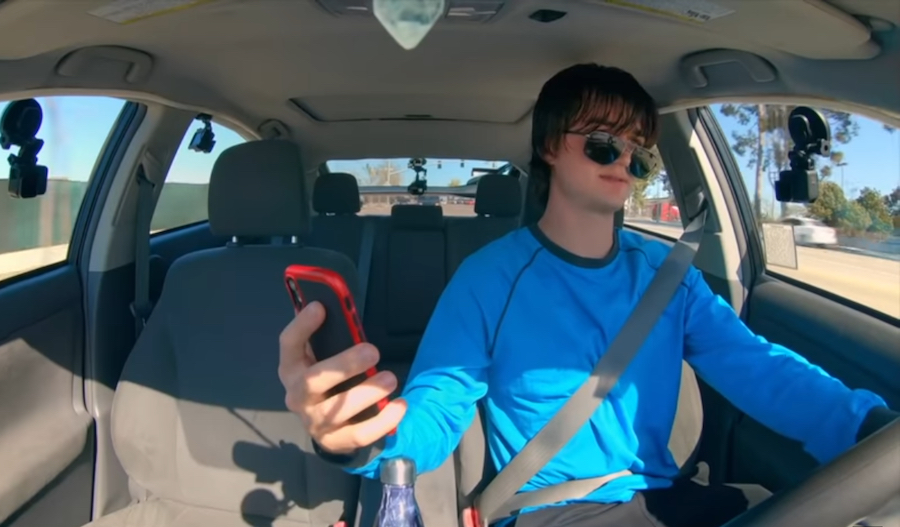 It’s odd to think of murder is "in fashion", like shoulder pads or fanny packs, cycling back through generations anew. Us humans have always possessed a distanced fascination with crime; it’s why serial killers and gangsters have repeatedly become overnight courthouse celebrities and why we’re obsessed with true crime documentaries. There’s an element of ─ dare I say? ─ glamour in being a high-profile criminal. We romanticize these televised moments of passion and paparazzi, of verdicts hanging in suspense. The danger isn’t "real" if it’s not threatening us directly.

This is where Spree, a modern take on the ‘80s slasher genre, comes in. It follows all the right tropes: Jessie Adams, played by the ever-charming Sasheer Zamata, is the film’s stone-cold comic and Final Girl, facing off against Joe Keery’s deranged, social-media obsessed Kurt Kunkle, who will (quite literally) kill for likes; deaths are quick, plentiful, and cartoonish (the pitbull/syringe combo really did it for me); and the final confrontation ends with a gory death for the killer.

Although it is very much in line with its predecessors, there is a layer of self-condemnation underneath the kitsch and camp. The takeaway from the film is the internet-old belief that social media is dangerous -- it creates false realities, encourages rampant escapism, and fuels God complexes. But isn’t that also what the act of watching movies provides viewers? Social media is essentially a self-insert film reel. We post on Instagram to guide the curated narratives of our lives, and watch movies to escape them. Spree warns against becoming caught up in fantasy, all the while trapping you in the fantastical world of Kurt Kunkle and #TheLesson. By the time you realize what the film is screaming at you, it’s too late. You’re tied to the tracks and the train is coming, full steam ahead.

Slasher movies are defined by their cheesiness but are on track to become more than their cheap tricks. Spree ends by showing a cult-like online following dedicated to the deceased Kurt. #TheLesson spawns subreddits, fan accounts, and, most terrifyingly, wannabes. The internet provides room for concentrated obsession and communal celebration, twisting the usually cliché genre ending. The modern slasher film is here, and it is both familiar and utterly inventive.

Spree is not about to let you off the hook, but it’s hung itself right up there with you...