Sequel for Rian Johnson's 'Knives Out' Officially a Go! 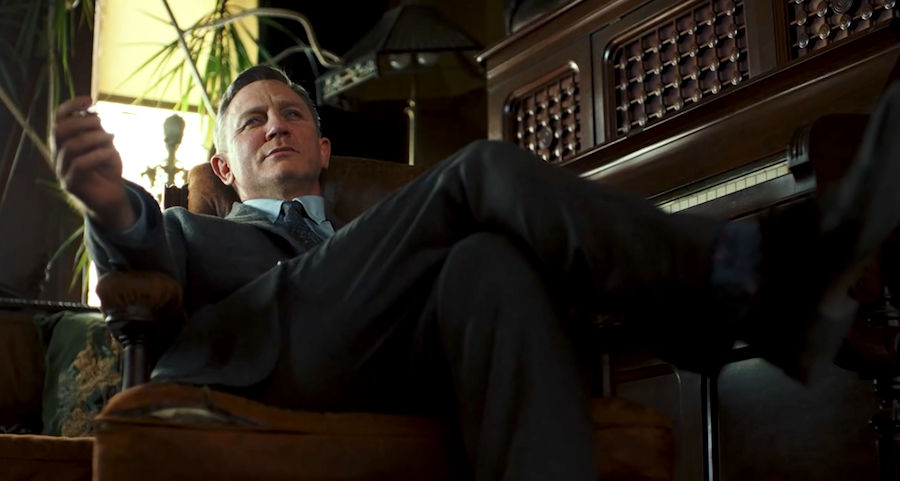 Real Talk: After the unfair shellacking that Rian Johnsontook after the release of his Star Wars movie, The Last Jedi, followed by the unabashed retconning of that movie (to its own detriment) in The Rise of Skywalker, there’s something almost karmic and cathartic about the fact that Johnson is currently sitting pretty as an Oscar nominee for Best Original Screenplay. It’s the kind of poetic justice that I think would make Benoit Blanc giggle.

And speaking of that quirky detective from Johnson’s Academy Award-nominated smash hit Knives Out – which is still enjoying a theatrical run, btw – it has just been announced that, after much anticipation and speculation, there will indeed be a sequel to the smash-hit mystery film!

For those who haven’t seen it yet… first of all, what’s wrong with you?! Get to your nearest Cineplex immediately!

Secondly, the movie is a star-studded whodunit in the tradition of Agatha Christie, but that’s where the similarities end – there is nothing “traditional” about Knives Out!

If there is one thing Johnson excels at (and he excels at many things), it’s taking well-known genres and completely turning them on their heads and coming up with something familiar yet excitingly new. The fun part about Knives Out is, he reveals “whodunit” fairly early on, but he still throws enough twists and turns at you to keep guessing the whole way through. He takes you on a helluva ride from the first frame and never lets go, and he employs the acting talents of such superstars asChris Evans, Daniel Craig,Jamie Lee Curtis, Christopher Plummer, and many more to see it through. However, the true star of the film is the lesser well-known Ana de Armas, whose star catapulted after the release of this film.

As soon as this flick hit theatres, there was loud buzz about a possible franchise, with the common thread being Craig’s Southern gentleman gumshoe Benoit Blanc solving other befuddling cases. (Someone on Twitter even suggested that Blanc inexplicably have a different accent for each movie, which Johnson himself admitted he’s thought about!)

Well, our hopes and dreams have apparently been granted, as Lionsgate announced earlier this week that a Knives Out sequel is definitely a go, with the potential for an entire series!

Last month, Johnson commented on the possibility of a sequel, stating that “a lot has to happen before that can happen, first and foremost being writing a script.” We can only hope/assume that Lionsgate will give Johnson all the time and resources he needs to come up with a new storyline and cast of characters – can he hit the jackpot again? Or was Knives Out a beautiful fluke? It will be the first sequel that Johnson’s ever written to his own work (TLJ followed The Force Awakens, written and directed by JJ Abrams), but I have faith in him!