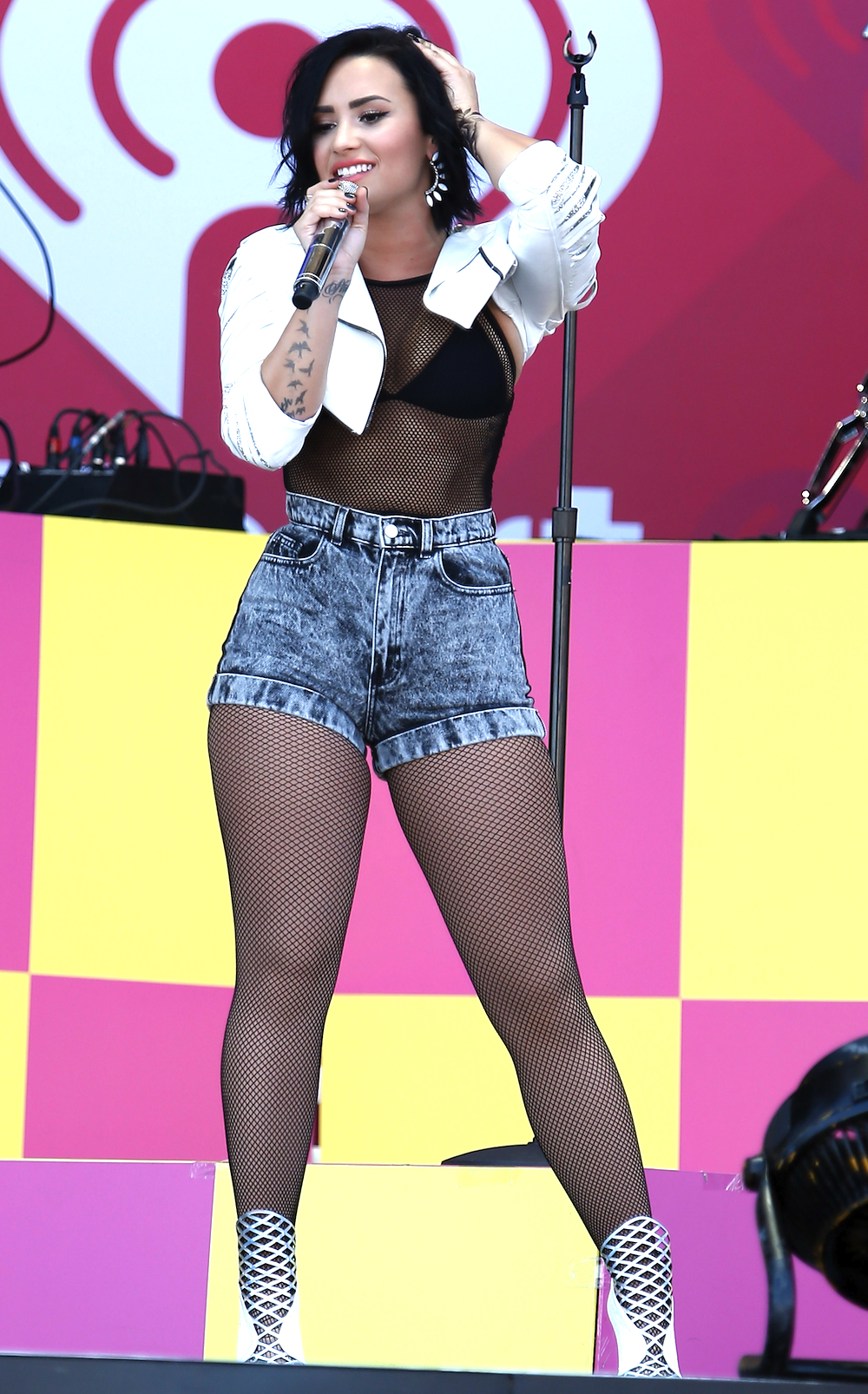 My inner fangirl, circa my teeny-bop era, is about to explode from within as I look at the list of soon-to-be-released albums in the upcoming few weeks. Selena, Demi, Justin, One Direction…are you kidding? I’m not sure my ears are ready to be graced with this abundance of new music. Do the math -- there are typically 12-13 songs on any given full-length album, then multiply that by four... that’s basically 50+ songs I have to learn all the lyrics to at the same time. I accept the challenge.

In anticipation of what is to come, here is why I’m excited for these four new albums to drop and what we can look forward to from these young, talented artists!

Selena has been quoted as saying that Revival is the work she is most proud of releasing to the public. After the success of her single "Good For You" featuring A$AP Rocky this past summer, Selena has proven that she is changing direction with her music by embracing her deeper voice and telling the story she wants to tell. Over the past few years, Selena has evolved into a young -adult, but one thing has remained constant – her drive to remain real and honest. This album is Selena’s chance to share her journey in the most personal way possible. The lyrics to each of her new tracks are expected to be emotional and legitimate. Songs already released from the album, like "Same Old Love" and "Me & The Rhythm", are perfect examples of how Selena isn’t going to let other people do the talking for her. In Hollywood, it is easy to be entranced by the headlines on a magazine or the hearsay of “insiders”, but Selena is giving the fans and haters the real inside story as to who she is, what she has gone through, and how she has changed. I applaud Selena for not getting discouraged and having the will to create an album that I am sure will be her best!

She was "Cool for the Summer" just a few months ago, but now Demi Lovato is just straight up Confident. Her second single released off her new album, Confident, is a refreshingly raw expression of how she feels about her life now, with lyrics like, “So you say I'm complicated / That I must be outta my mind / But you've had me underrated.” I think we can all relate to Demi’s words about feeling underappreciated or undervalued, which makes the rest of her album that much more intriguing to hear. Demi says that, in this moment, she is more confident with herself and body than ever before. She has faced scrutiny from the press and has unfairly been misjudged and labeled, which is the perfect ammunition for Demi to produce an album that will blast her critics. In my opinion, Demi’s mission with this new album is to prove to anyone who “underrates” her that they are sorely mistaken. Through edgy, up-tempo beats and honest lyrics, Demi’s album will tell a story of perseverance and self-love. What a great message.

Justin Bieber’s highly-anticipated return to music is nearly a month away, and given the stuff we have already heard off his new album ("What Do You Mean?"), we anticipate a very meaningful compilation of dance tracks and heartfelt ballads. With the exception of a few singles (i.e.: "Heartbreaker", "Roller Coaster") in early 2014, Bieber hasn’t produced a new album since Believe, in 2012. He has even dipped his foot into the world of electronic music, lending his voice to the emotional dance track from Skrillex and Diplo, "Where Are Ü Now". The now 21-year-old has a matured, sultry voice that makes the girls swoon; the reason we fell for this heartthrob so many years ago. Recently announcing the title to his album, Purpose, Justin is evidently making a statement to his fans: music is his motivation. Justin has admitted that the past few years of his life have been tumultuous; a public breakup (which lead to heartbreak), run-ins with the law, and some attitude, but this new album is the cushioned baby he has been pouring his heart and soul into, to ensure to his fans (and haters) that he is back and moving forward.

One Direction has recently announced their plans “to take a break” – a phrase I do not like. While the boys have ensured the public they are not “breaking up”, we consider ourselves grateful to get at least one more album from the boys before their self-imposed hiatus. This will be the first batch of new music One Direction has released since the departure of Zayn Malik. We already have a glimpse into the boys' new sound sans Zayn, with tracks like "Drag Me Down" and "Infinity". Pause… have you heard the song "Infinity"? Have you listened to the lyrics? This is the ultimate heartbreak song, and Harry Styles's voice has never sounded so good. The boys are notorious for their compelling lyrics – they know how write. The new direction that One Direction seems to be taking with their music is the essential soulful sound they have always incorporated into their music, with more dramatic drops in the beat. I can’t wait for more beautiful harmonizing from Liam, Louis, Niall, and Harry. Also, anyone have any ideas why they titled their new album Made in the A.M? I have my theories, but I would love to hear yours.

Interestingly enough, Justin Bieber has drawn attention to the fact that he and One Direction have the same release date for their newest albums – something he says he isn’t worried about. Regardless of whose music you are feeling most inclined to listen to, both albums will surely succeed on the music charts. It’s funny, as Justin and One Direction share a release date, Selena and Demi share a message of positive growth and believing in yourself as the crux of their messages on their respective albums.

Well, I am sufficiently excited for the months of October and November, strictly because of all the new music coming my way. Tweet us to tell us whose album you are most excited to purchase!

Happy listening, everyone. If you need me, you can find me with phone in hand, earphones in ears, listening to these albums on repeat.