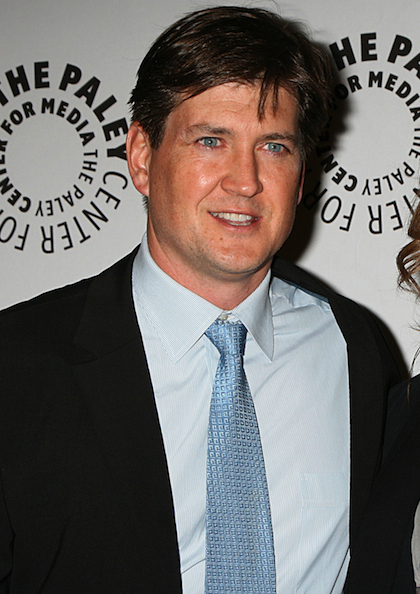 Creator of beloved sitcoms like “Scrubs” and the soon-to-be-ending “Cougar Town”, Bill Lawrence has got a new show in the works. He isn’t taking it to NBC, ABC or TBS, though… he’s stepping up to the nation’s biggest network, CBS!

Lawrence’s new multi-camera sitcom will be about two life-long best friends who decide to open a meatball restaurant together. Wait… where’s the comedy there? What could go wrong with that? They’re best friends, after all. Well, that’s exactly it -- Somebody not too long ago told me it’s never a good idea to enter into business with a friend, especially a best friend. It can cause many problems that are hard to resolve since you care about the person. That’s precisely the case with the plot of this show, as the as-yet unnamed BFFs find out that they can’t agree on anything. In fact, they find themselves at each other throats ready to murder one another, all in the name of meatballs. Sounds reasonable to me. Anyway, all this bickering and fighting leads the two towards a decision to enter into couple’s therapy. Sounds pretty unique, right?

Even better, the show is actually based on true events. Real-life best friends and owners of the famous "The Meatball Shop" (TMS), Daniel Holzman and Michael Chernow serve as the basis of the sitcom, as well as serving as consulting producers for the show. Despite having their differences in real life, the meatball duo is apparently doing something well together. I mean, they now have a major network sitcom based on them and six successful TMS locations throughout New York City. It all comes from blood, sweat, and (of course) lots of meatballs.

Right now, the show doesn’t have a title -- at least not one made public -- but it has been picked up by the seemingly unsinkable titan of a network, CBS. To top everything off, Lawrence will act as showrunner, which should make it safe to say it’ll be a success. From “Scrubs” to “Cougar Town”, the man certainly has an impressive track record of funny and long-running comedies in a world where shows get cancelled even after one episode. Let’s not forget, meatballs are absolutely delicious. It’s about time we got a sitcom dedicated to them.