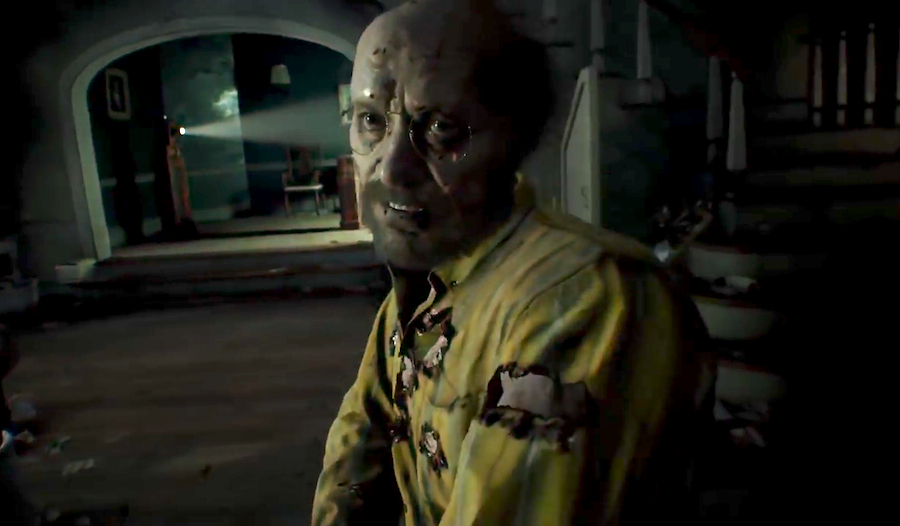 Capcom has finally delivered the game that Resident Evil fans have been drooling like zombies in anticipation for!

Resident Evil 7: Biohazard recently dropped, and it is masterful! Taking steps back to the original roots of Resident Evil, this installment ramps up survival horror to another level with today's amazing graphics and scare tactics. The resurgence of horror games helped creators and developers move away from the third-person shooter game that RE has become with the fifth and sixth games of the franchise. Instead, developers of the game introduced the first-person aspect to the game that no other RE game has had. This added to the horror element and made the game available to be played in a VR (virtual reality) headset. Check out the trailer (slightly NSFW)!

Finally, a RE game that has fans excited and clapping for a great story and gameplay. I've watched others play the game and played it myself, and the terror is real. The game has me jumping and yelling in my seat whether I'm playing or just watching. But what this RE installment does that other subsequent RE games after RE 4 have lacked is the perfect combination of shooting and melee action, intricate puzzles, and horror. This combination gave RE 7: Biohazard a 9/10 from Trusted Reviews and an 85% on Metacritic. Which is a high point in the RE universe, as Resident Evil 6: The Final Chapter (from the movie franchise) was released in the same week, and, in my personal opinion, was a bit underwhelming. But I still love you, Mila!

Sorry, back on track.

While there are easter eggs throughout the game, the game itself plays as if it's a new horror game, and the obvious tie into the RE universe doesn't come until the last 5 minutes of the game. And this is something I need to talk about...

At the end of the game, a helicopter with soldiers comes to save you, and the soldier helps you enter the Umbrella Corp helicopter -- YES, UMBRELLA!

For those of you who don't remember, Umbrella is the company that created, developed, and eventually released the original T-virus that infected the citizens of Raccoon City and turned everyone into zombies. After the Raccoon City incident, Umbrella began to decline and eventually fell. RE 7 takes place in 2017, meaning that this is well after Umbrella had collapsed. The logo on the helicopter is some kind of neo-Umbrella logo, with purple and white as opposed to its original red and white. Rumors and theories are circulating around this, but it's obvious that Umbrella is not completely gone.

The other tie into the RE universe was the soldier who comes to help in the end. This soldier is blonde and has a medium physique and introduces himself to be... Redfield! REDFIELD!!! Yes, the same name as the beloved siblings, Chris and Claire. My first theory was that he was the son of either Chris or Claire, but as I researched the timeline of RE, that seemed a bit unlikely; then I thought he could be the third and youngest sibling, but its also unlikely that the two siblings wouldn't have mentioned a third Redfield, as family is very important to them. Here is where my mind was blown -- As the eerie music played and the credits rolled, it was confirmed that the soldier was indeed Chris Redfield! Why he was given a new look in this game, no one can be sure, but luckily for us, there might be more to the story.

In Spring 2017, Capcom will be releasing a DLC called Not A Hero, and from the looks of it, it will probably star this "Redfield" soldier, as the graphic for the DLC looks a lot like the same soldier. Spring isn't to far away and it is much better than waiting 1-3 years for the next installment!

One thing is for sure: Resident Evil 7 delivered and successfully rebooted the franchise. We are all excited to see where they take the story and if we will see Ethan again. I highly recommend Resident Evil 7: Biohazard for new fans, old fans, and anyone who likes playing action-horror games -- but be prepared to be scared!