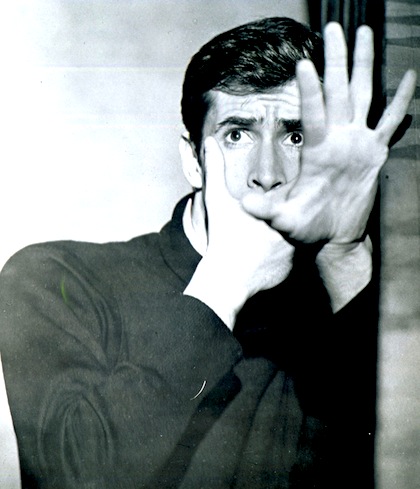 My friend and YH editor, Katie Marzullo, is a lover of all things Hitchcock, and as you know, out of all the movies he made, Psycho is definitely her favorite. While my ranking of Psycho, as far as it being Hitchock’s best film, does not quite fall in line with her way of thinking, I will say that it is undoubtedly a great film and one of the most influential movies ever made. I had been hesitant for quite a while in choosing Psycho for the subject of one of my Recasting The Classics articles, because I did not want to step on Katie’s cute little toes. But when she suggested that we both take a crack at recasting the film, I couldn’t resist.

Psycho tells the story of a woman named Marion Crane. Then the movie kills her and decides to tell the story of Norman Bates instead. It is a tense murder mystery that features some of the most famous performances in Hollywood history. Anthony Perkins and Janet Leigh are practically irreplaceable in their roles. I mean, we’ve all imagined actors like Vince Vaughn and Anne Heche taking over those iconic roles in a Hollywood remake, but nobody would ever dream of actually making that a reality. But in the spirit of friendly competition, Katie and I have decided to let our imaginations fly and pick five actors each that we think might do just as good of a job as the originals. And if you like our picks, then we will immediately start a campaign on Kickstarter in order to get the film made. 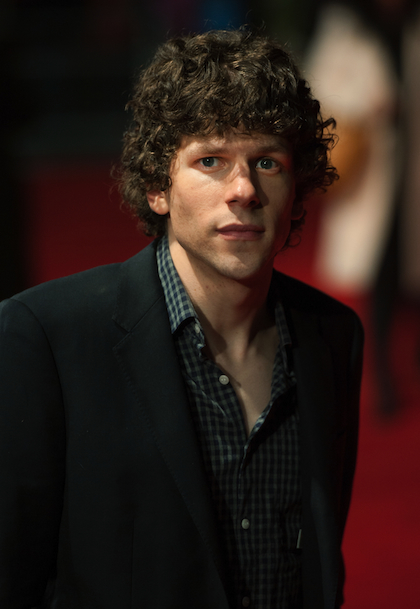 Mr. Eisenberg is an actor that I have enjoyed watching for many years. He seems to be perpetually confused and uncomfortable in every film that he stars in. But say what you want, that choice seems to work every time. He is sort of like a younger, non-British Hugh Grant. I think he would be absolutely wonderful in the role of Norman Bates. The key to Norman is that we want to like him and sympathize with him. It’s only when he starts talking about people “clucking their thick tongues” that you realize there may be something off about the young man. Well, that and all of the stuffed birds and references to his mother being his best friend. Eisenberg’s performance in The Social Network, while absolutely nothing like Perkins's in Psycho, also hinged on the audience liking him, yet recognizing at the same time that there is something incredibly wrong with the character. If you take that anti-social/quirky personality trait that he has perfected over the years, then add some anger and a subtle layer of mental instability, you will find that you have the perfect candidate for this role. 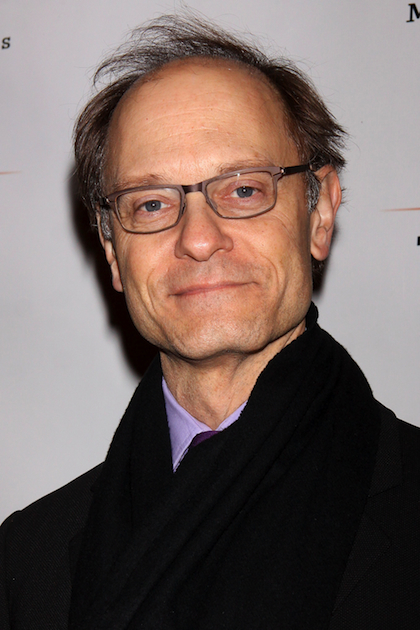 Tres intriguant, M. McIver. I tip my hat to your bold choice, however I am taking a different tack altogether. In my mind, if someone is gonna remake Psycho, they should take a stab (heehee) at being more faithful to the book. And in the book, Norman Bates is not a shy, awkward hot-nerd that audiences can relate to and feel sympathy for. In the book, Norman Bates is a shy, awkward 40-something fat, balding loser with a capital L. He is the King of the Creepers, a twitchy man-boy that no one (aside from dear Mother) wants to be around. And the story is told primarily from his sad, alcohol-soaked point of view. David Hyde Pierce is known best for his quirky role on the sitcom “Frasier”, but his comedy always seems to have an edge to it. There’s a sinister quality lurking just beneath the surface, which he actually explored quite recently in the indie film The Perfect Host. I would love to see him loosen the necktie and really get his disturbia on, but he still possesses enough charm that we can at least take pity on Norman. DHP also more closely reflects the Norman as described in the book. The only drawback is that Pierce might be too old for the role by now, in which case I would happily bequeath it to my second choice, Ty Burrell. Anyone who watches “Modern Family” ought to agree. 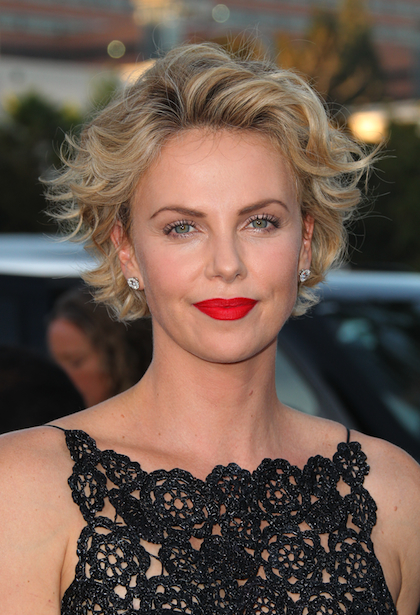 You need to believe that Marion is your leading lady. I mean, she does figuratively and literally drive the first 15 minutes of the movie, so the audience should be fully comfortable with the idea that this is the woman they are going to watching for the next 2 hours. Not only is Charlize Theron a beautiful Hollywood star, she has also proven to be an incredibly talented actress. Check out the movie Young Adult if you don’t believe me. Aside from police officers and car salesmen, every man that Marion comes across seems to fall in love with her. She has great beauty and charm that is used to mask her long-running inner turmoil. I think Ms. Theron would excel in the shower... I mean, in this role. She is a movie star in every sense of the word, and I know audiences would be terribly sad about her sudden departure from the film. 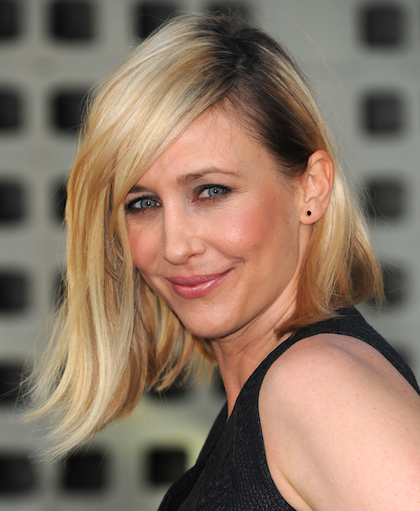 Okay, I know this is kind of a cheat, since Vera Farmiga is currently playing Norman Bates’s mother in the new A&E prequel series “Bates Motel”. But for my money, her talents would be best put to use as the doomed heroine, Marion. While it is true that Marion is certainly a looker, she’s not a supermodel. Vera certainly has that girl-next-door charm, and hell, even I have a girl-crush on her. However, Marion’s main issue, the thing that prompts her to steal the money from her boss in the first place, is the fact that she is getting older. Nowadays, that might not hold as much stock in general society, but for a small-town girl (now woman) like Marion, being an old maid is still kind of a big deal. Farmiga is currently at that perfect age where she still possesses that youthful glow and exuberance, but she ain’t exactly a girl anymore. And she’s great at portraying characters that have been through the ringer, and are maybe even a little desperate, but still come out looking pretty damn better than average at the end of the day. She's utterly riveting, and I think audiences would be pretty bummed to see her get whacked within the first 30 minutes of the film. 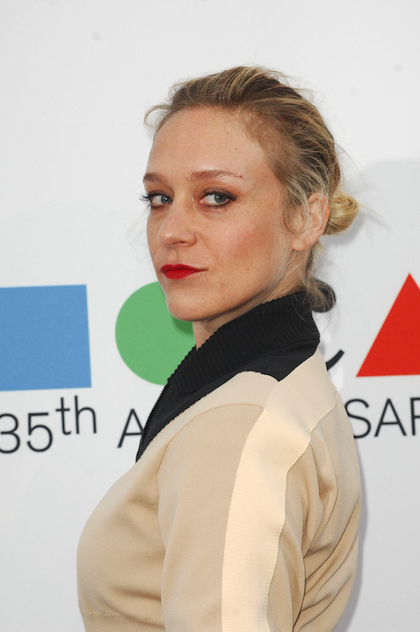 Lila Crane is Marion’s angry and worried younger sister. I don’t imagine she was born angry or worried, but at least when we are first introduced to her in the movie, she is none too pleased. She wants to find her sister and make sure that she is okay. Once her safety was established, I imagine a whack upside Marion’s head would have probably followed. The character of Lila is one that is determined and whose moral compass is slightly less damaged than her sister’s. Her only weakness appears to be poorly dressed skeletons. Sevigny is a wonderfully strong actress who has proven herself in many films such as Zodiac, Boys Don’t Cry, and American Psycho. I think she has just the right amount of drive and vulnerability to really make the character of Lila come alive. 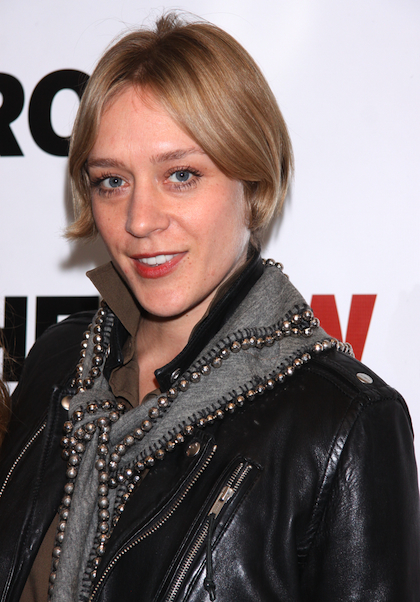 Yeah, I have nothing to add. I agree 100%. Even with my pick of Vera Farmiga as Marion, this would still work in my mind. I can totally picture Chloe trying to shake-down Sam, Arbogast, the Sheriff, Norman, and any other man who tries to get in her damn way. Bravo, Greg. Bravo. 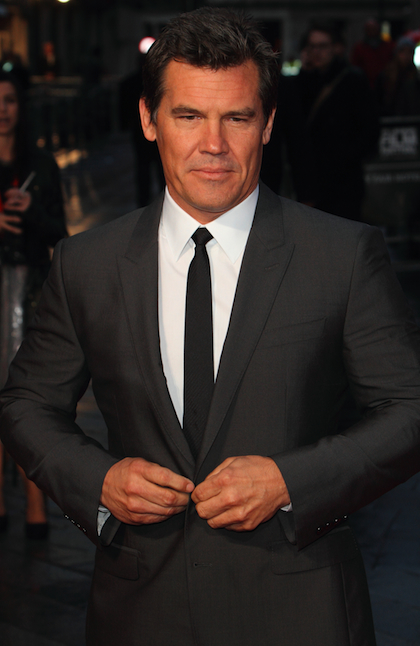 Sam Loomis is the key to the entire movie. Well... that’s right in a wrong sort of way. It’s true that if it wasn’t for Marion’s love for Sam and a burning desire to work behind a counter with him, then she never would have absconded with the cash and gone on the worst road trip imaginable. At the same time, film scholars aren’t exactly puling out their hair in a vain attempt to understand the inner-workings of the character. For the role of Sam, you need a man’s man. Blue collar, salt of the earth, and tough are just a few of the qualities needed for the role of Loomis, and Josh Brolin happens to have all those highlighted in bright yellow on his resume. 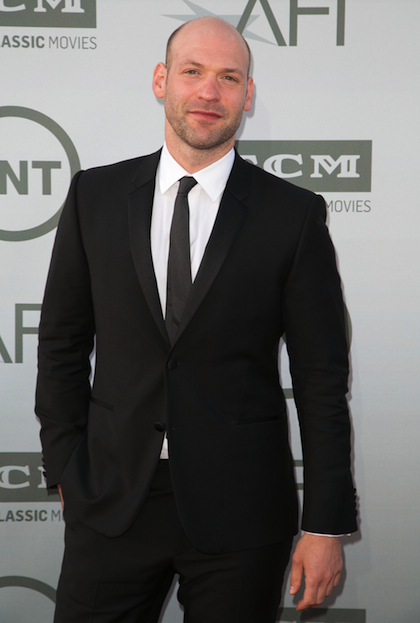 Like with Marion, one has to be able to believe that this is someone worth committing a crime for but who also is just a small-town type. Corey Stoll may be no John Gavin (OR Josh Brolin), but if I was a realtor's secretary from Phoenix, he’d get my knickers in a twist. Stoll has that great "everyman" quality, plus he's played a detective before, so he would be good at tracking down leads and stuff. But, more importantly, I would love to see Sam as something more than a throw-away character, and Stoll could definitely give him those extra layers so desperately needed. 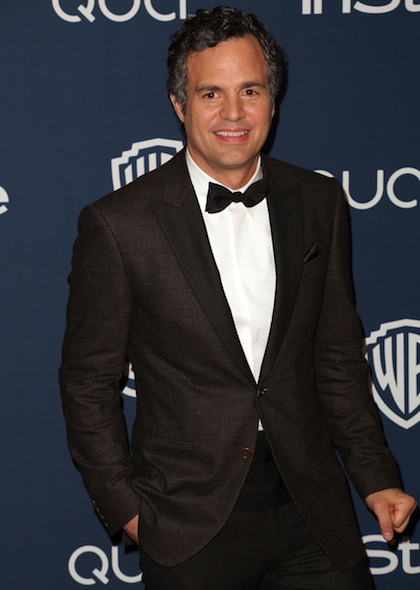 Affable but effective. I think that sums up Detective Arbogast quite nicely. He seems like he could be a great friend and the kind of guy you could take home to meet mother (or, in this case, Mother). And that's exactly how he wants you to feel when he’s on the job. He’ll treat you like the great person that you know you’re actually not, while just waiting for you to say one thing that doesn’t line up with the story that you’ve told. When it comes to acting, Mark Ruffalo uses a similar approach. He has such a disarming and congenial presence that you almost immediately let your guard down, and that’s when you get hit square in the forehead with some fine acting. I think we can all agree that Ruffalo is the perfect choice for this role. Well... I don’t think Katie agrees, seeing as how she has chosen somebody else, but this too shall pass. 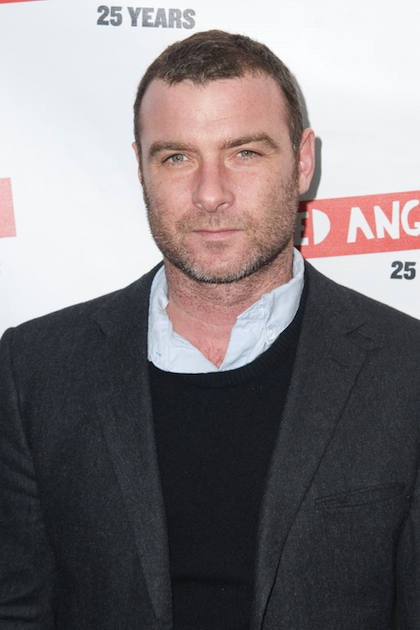 I agree with your assessment, Greg, I think Ruffalo is a solid choice. But once again, I am going in an entirely different direction with the character. In my mind, Arbogast is one of those blowhards who takes himself (and his “profession”) way too seriously. He thinks he’s got the score, the skinny if you will, and nothing gets past him. Oh, he’ll find Marion, sure, no problem. Pfft! Just another day at the office. In fact, both Marion and Lila will probably want to have a threeway with him later out of gratitude. Sam? You can watch if you like… Liev Schreiber perfectly encapsulates all these quietly arrogant qualities for me. I can just see him striding into Sam’s hardware store, trying to play the hero, brimming with hubris, following up on his leads, then meeting Norman for the first time and working his magic on the poor guy to try and catch him in a lie. Yeah, he thinks he’s pretty slick… until he meets Mother.