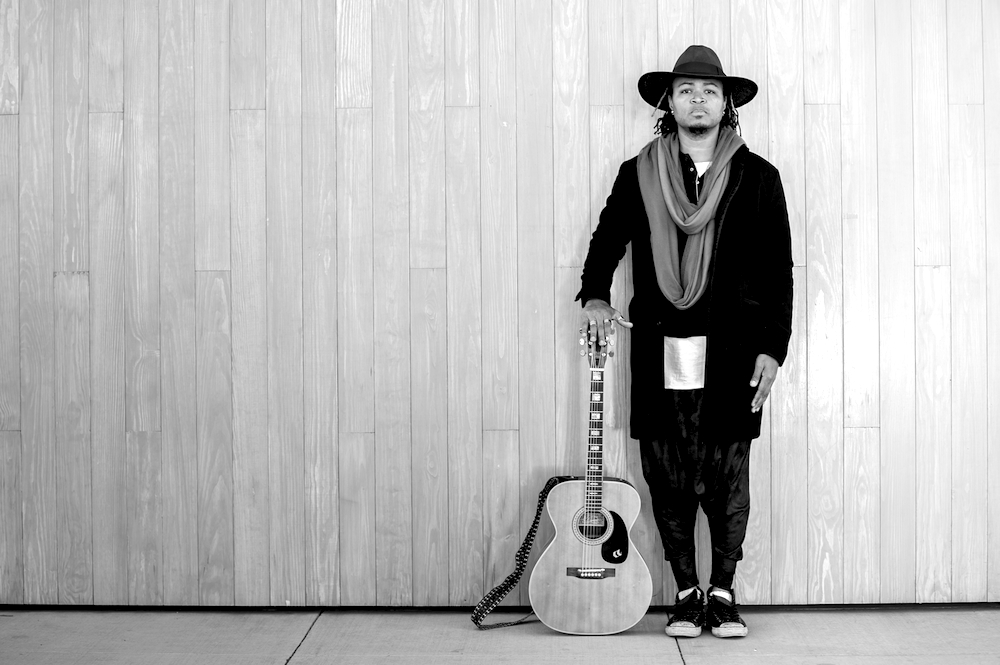 Priese Prince Lamont Board, better known by his stage name Printz Board, is so much more than just a recording artist. He’s worked with a variety of A-list celebrities to produce and write their music. He’s got an impressive track record and a few Grammys to his names thanks to his work with the Black Eyed Peas. In 2013, Printz Board launched his solo career and is having a great 2015 by premiering his single “Rock N Roll” back in June, featuring a video with YouTube phenomenons SketchShe.

Now, he’s ready to drop a banger with his newest track “F'N A” and YH has the exclusive audio! Check it out below!

We asked Printz Board a few questions about his career success and what he’s got in store for fans in the future!

YH: It seems that "F'N A" has a more laidback vibe than your other singles that have a rock edge. What was the inspiration behind this chill song?
PB: Yeah, "F'N A" was an ode to my love for the [Red Hot] Chili Peppers' music. I picked up my acoustic guitar, and that main line just came out. Then I was with Lucy Graves, from the band, and I came up with "F'N A" while I was driving, listening to the guitar. The song still has a lot of energy for me, just not "Jump-Around"-House-of-Pain energy. [laughs]

YH: What do your classify your music style as?
PB: My music is "guitar-driven soul pop hop"... I think.

YH: How did you get started in this music industry?
PB: I started in the industry by playing in a ska band called Gangusters. Then I went on to a cover band called Goldfish... Played in a swing band called Alien Fashion Show... And then had my own band that was slated to get signed about 5 times, which was called Gravy. The first thing that I did globally was the Black Eyed Peas.

YH: How did your career with the Black Eyed Peas begin?
PB: I got asked to join the band and initially said no. Then my buddy, George Pajon [BEP guitar player], convinced me otherwise. Once we walked in the door, the rest was history.

YH: Do you still produce and write for other artists, or are you sticking to your solo career?
PB: I think, once a writer/producer, always a writer/producer. I am doing sessions with cool people all the time, from Youngblood Hawke to HOLYCHILD to Aer, and so on. I'm 100 percent about my solo career and helping out new, budding artists.

YH: If you hadn't picked up an instrument at a young age, what do you think you would be doing?
PB: If I hadn't picked up an instrument, then I would've been some sort of pimp or kingpin back in Columbus [laughs]. So many of my friends that I grew up with either passed away, in jail, or doing something they shouldn't have been... Maybe I would've been a photographer, actually, because I love that and video DP'ing/directing.

YH: Which artist/producer was your favorite to work with?
PB: That's the hardest question ever... I always seemed to have a blast with BEP, of course, and Katy Perry too. SIX60 is probably my favorite of all time, though.

YH: You've written for so many artists; has writing for others influenced your music at all?
PB: Every experience you have in the studio leaves you with "something". I'm sure that every person I have worked with comes out in my music somehow.

YH: You're headed to SXSW in Austin in March 2016. Have you played there before? What will fans get to see in your upcoming SXSW performance that differs from years past?
PB: I love SXSW!!! We will definitely be out there doing what we do! This year, everyone will see a new breed of stage performance. We have always brought it, but this being our third year there, they will all be surprised... I can't give it all away, now can I?

YH: What's next for you?
PB: Next for us in this single, "F'N A", the video, and touring... It's all on the website. Peace. Shout out to the girls holding down the instruments: @lucygraves, @iampattyamiller, @ashleydzerigian, @theofficialboardmemberz.

Check out the teaser for the "F'N A" video below: