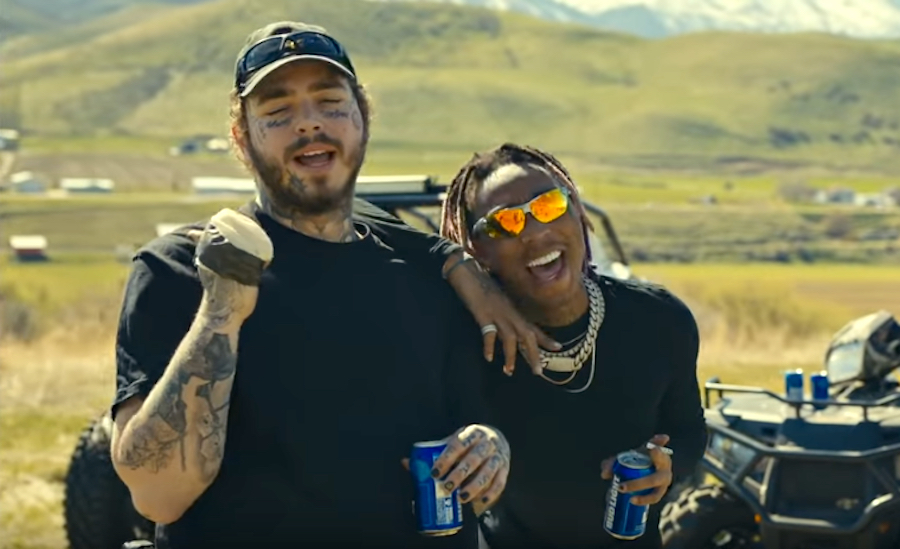 Summer 2020 has blessed us with some amazing new music so far, includingTyla Yaweh and Post Malone’s new song, “Tommy Lee”, and we’ve been rocking out nonstop since its release on late last week!

Who doesn’t love Post Malone? I mean, what’s notto love? The man never puts out a bad song and he always knows the right time to release great new bangers for the soul. Okay, maybe not always for the soul, but he definitely puts out some memorable summer jams including “Tommy Lee”.

If you’re unfamiliar with the name in the title, Tommy Lee is the legendary drummer for '80s heavy metal bandMötley Crüe. The band is known for their eccentric style and energetic stage presence, as well as their off-stage antics during their young and wild years. Ah, the '80s were an interesting time. In an interview with NME, Yaweh said that the song is about “living life and spreading positive energy” and that it’s named after Lee because “Tommy Lee just doesn’t give a f—k and I love that.” Tommy Lee heavily embodied the “sex, drugs, and rock & roll” lifestyle, which often landed him in trouble, but he seemed to have fun throughout the entire experience.

Look ma I made it!!! @PostMalone@TylaYawehpic.twitter.com/nUD1zlogKt

The first reason we’re in love with the song is because of the chill-inducing intro. It’s so dreamy, melodic, and makes you feel nostalgic for some strange reason, but it’s also extremely relaxing. And then BOOM, Yaweh hits us with the first verse. His voice is so smooth and flows well with the beat.

And then, the moment we’ve all been waiting for, Posty’s verse [*insert one million hearteye emojis here*], where he hits us with: “Pull up with a drum like I’m Tommy Lee / Yaweh got a stick, came to rock with me.” I think we all dream of pulling up in stretch limousines, hopping out of a private plane, and driving Bugattis, among many other whips, of course. “Tommy Lee” is about “livin’ life like a rockstar” and reminds us to have fun with life, a message much needed right about now.

If you want a mood booster, the music video for the song provides an exciting snapshot into the superstar life—four wheelers in the middle of nowhere, a chauffeur standing next to a limousine—and what music video would be complete without Malone and Yaweh dancing and goofing around while singing “I’m pretty as f—k / wanna copy me”?

He said what he said ??#PostMalone#Posty#TommyLeepic.twitter.com/aGH6PAPQ3S

Tommy Lee himself plays the drums in a remix that will be released soon. He clarified that he is not musically featured in the original song, but we’re so excited to hear Lee’s version because that man is a drumming icon. What gets more iconic than that?

We may not all have fancy cars and millions of dollars, but the song is a great reminder not to take life too seriously and to just enjoy all that life has to offer.