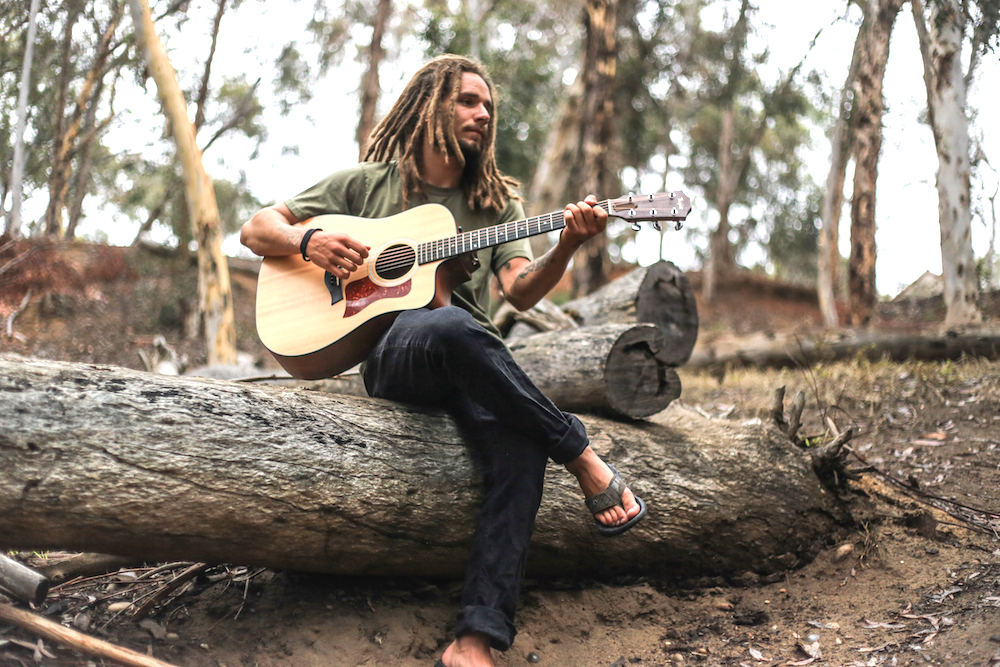 It wasn’t that Elessar Thiessen was forced into music, but growing up in the harsh Canadian climate led him to seek out an indoor activity that ended up becoming a passion, and eventually a career. Elessar starting making music at the age of eight when he got his own guitar and has been writing songs ever since.

These days, he works as a producer full time but continues to make his own music as well. As a producer Elessar has collaborated with artists in every genre, from hip-hop to pop, so he has a wide variety of experience, and you can tell how intentional his sound is in his own music.

Most recently, he released an album entitled A Rainy Week in Paradise, which embraces an alternative, bluesy, soul vibe. Naturally Elessar produced the album himself, and was joined by Cam Friesen, Brody Britton, David Landreth, Jordan Jackiew, Alexa Dirks, and Catherine Wylee for either instrumentals or backup vocals on the album.

The songwriting on the album feels deeply personal, and while it deals with angst and fear, it’s mostly coming from a place filled with love and hope. Elessar’s voice is clear, melodious, present, and sounds both live and radio-ready.  “I Need a Woman” has a pop feel and could easily and seamlessly hop onto a John Mayer or Jason Mraz album, but the track still sounds unique to Elessar even where the feeling is familiar.

“You Girl” slows things down a bit to the blues level and gives a totally different feeling of him as an artist. The music is relatable, feels inspired, and makes you wonder who the girl is. “The Perfect Bloom” is one of the tracks that opens with the sound of rain in the background, keeping with the album theme, and the pared-down acoustic guitar and gentle matching background vocals takes easy listening to a fresh new level.

Elessar is deeply talented as an artist, so don’t be surprised if you start feeling some things you didn’t even know were there when you get to listening.