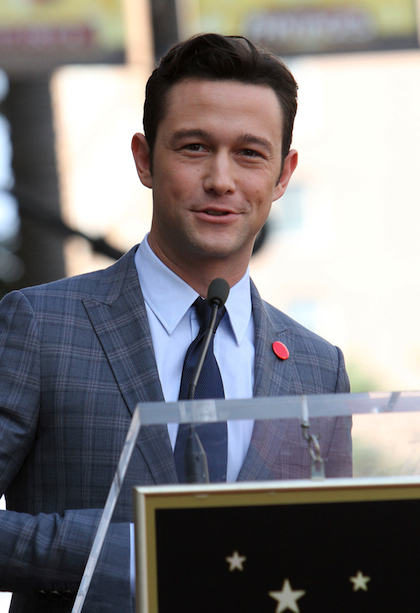 Does my generation really need a television channel exclusively catered to me? When its entertainment incorporates calls to action, I say a resounding YES!

In an age of decadent reality TV, I want something I can truly have a hand in. No, I’m not talking about voting for my favorite dancing celebrity or the next undiscovered chart-topper. I want something reflective of my own reality. Enter Pivot TV, a new network from Participant Media (the company behind flicks like The Help, Contagion, and Lincoln) focused on Generation ‘Me’ -- that is, Millennials, ages 15-34. Launched on August 1st, its mission is to provide content that inspires open dialogue and social change. After a year of research, the Pivot team determined that Millennials are more socially inclined than any other demographic. Considering this, the channel is making social integration a pivotal (I couldn’t help myself) part of the equation. The network airs a mix of original and acquired programming with films and documentaries not edited for time or content. Here’s a rundown of what Pivot’s got on tap.

“Please Like Me” is a half-hour comedy roughly based on the life events of 26-year-old Australian comedian, Josh Thomas, who created, wrote, executive produced, and stars in a series about a 20-something man in the midst of an existential quarter-life crisis (he realizes he’s gay after dumping his girlfriend and moves back home with his mom after her attempted suicide).  By chance, I was sucked into the show’s first-season, 6-episode marathon. Josh’s approach to such heavy subject matter is genuinely funny and cleverly heartwarming – Think “Louie”-meets-“Girls,” but more understated. A 10-episode second season has been greenlit.

“Little Mosque” is a satirical Canadian sitcom centered on a Muslim community in a fictional prairie town airing in syndication. In the same way that television has featured decades of gay men and women who have positively changed the attitudes towards the LGBT community, I think this show could do that for the Muslim community.

“Will”, set to debut in 2014, is a scripted, one-hour drama envisioning William Shakespeare as a yet-unproven Millennial that fuses the Elizabethan era with the modern age. The series is being billed as Shakespeare in Love-meets-“Deadwood”-meets-8 Mile. From Craig Pearce, writer of Baz Luhrmann’s The Great Gatsby, Moulin Rouge, Romeo + Juliet, and Strictly Ballroom, this could be the greatest idea, or the worst – either way, I’m intrigued.

For reality TV fare, Pivot has “Raising McCain”, a genre-busting docu-talk series following Meghan McCain (Senator John McCain’s daughter) on the road as she talks with experts, ordinary people, and her peers as they explore important and often taboo issues framed by Meghan’s own personal experiences. This is very much a hybrid of “This American Life” and “Chelsea Lately” with Meghan deconstructing the reality show formula, often turning the cameras on the producers filming her.

“Jersey Strong” is a traditional docuseries chronicling the lives of two formal rival gang members, Jayda (a Blood) and Creep (a crip), raising two kids while chasing their dreams, and a lesbian couple raising two teens while running their own law firm together. I find that both reality series reflects how our generation thinks, and our approach to gathering information for drawing our own conclusions about our own beliefs.

Also slated for a 2014 debut is Joseph Gordon-Levitt’s “HitRECord on TV”, a fresh take on the variety show, comprised of content submitted by viewers. We can submit ideas for themes and JGL will collaborate with artists from the creative community to bring those themes to life in monologues, performances, skits, and short films. This sounds like a really fun, collaborative opportunity for us to get JGL to act out crazy shenanigans. Brilliant!

And “TakePart Live” is a one-hour, no-holds-barred live show with a live-streamed pre-show midday where we help create the show that will air that evening. The show blends in-depth discussion with a comedic take on the daily headlines, bringing celebrities, activists, newsmakers, and us together to explore and decode the events that make up the fabric of daily life and how to take action on the stories that move us. The nightly show will also be fully second-screen enabled, featuring live interaction with the cast, polling, social media sharing and more. We can add to the conversation at Takepart.com. Co-hosted by nerd-hunk Jacob Soboroff and Cara Santa Maria of the webseries “Talk Nerdy To Me”.

One of the features of Pivot’s paradigm that I really appreciate is that the network not only reflects what I want to watch, but how I want to watch it. For me, it’s all about convenience and mobility. For starters, it programs around the clock (no late-night infomericals, thank God!), and Pivot integrates live and on-demand viewing through their own app. And prevalent with all Pivot programming, I noted online features that include a "Take Action" button to access information about social issues touched on in each show, customized to my locale and interests. I can watch what I want, when I want, where I want, and how I want.

Sure, we are a generation of Me’s and I’s. We care about things that affect us; we care about the world around us, and from the looks of it, Pivot could mobilize a couch potato to action by bringing to our screens powerful storytelling that can inspire lasting sustainable change. So, I’ve given you the details, now it’s your turn. (www.pivot.tv/)