“Once Upon a Time” Heads to the Dark Side 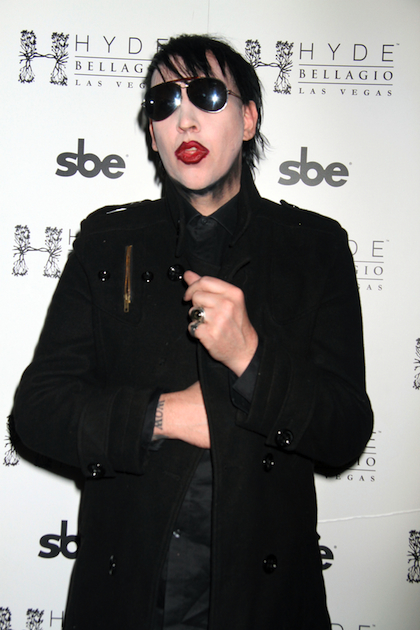 Darth Vader isn’t going to be popping up in Storybrooke anytime soon -- but another Prince of Darkness will be! The notorious Marilyn Manson will be lending his raspy voice to the show as none other than the voice of Peter Pan... ’s shadow. In the 8th episode of Season 3, which should air in mid-November, we will get to hear Peter Pan’s shadow speak, marking Manson’s debut on the show.

“Once Upon a Time” creators Edward Kitsis and Adam Horowitz are huge fans of Manson and were looking to cast someone with a particularly creepy voice. The third season of “Once Upon a Time” (currently airing on Sundays at 8pm on ABC) has found our motley crew of heroes in Neverland attempting to save Henry (Jared Gilmore) from the evil Peter Pan (Robbie Kay). Pan’s shadow has already made a few appearances on the show, but the 8th episode will mark his first time speaking. Correct me if I’m wrong, but did Pan’s shadow ever speak before this? I don’t recall ever hearing the shadow speak.