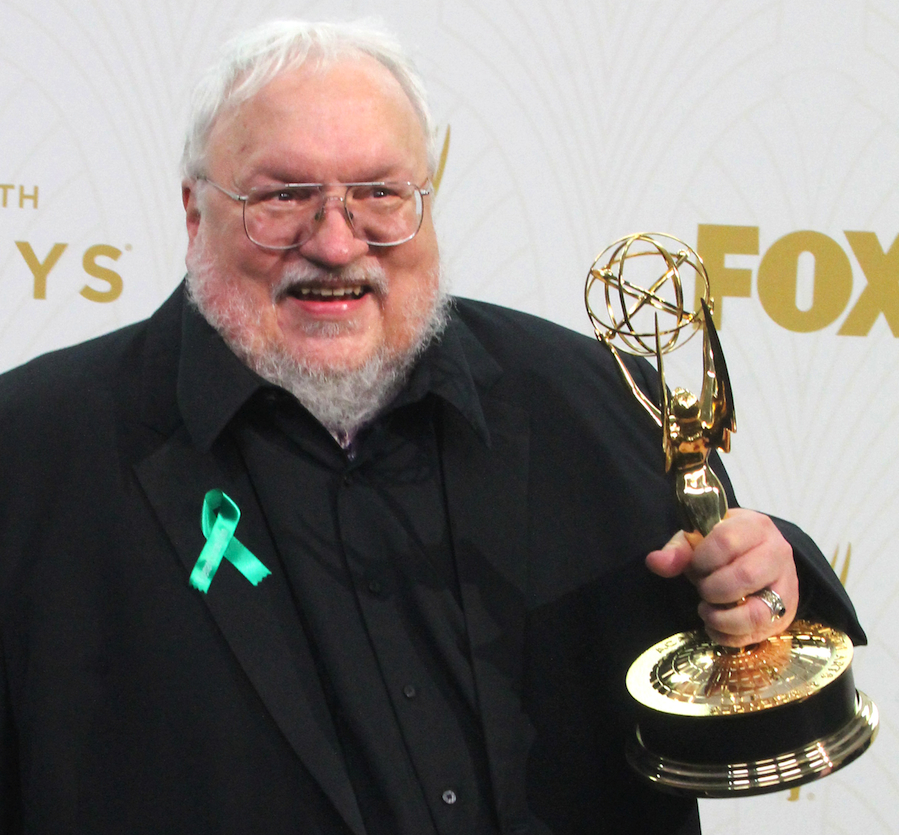 For those of us who have been waiting going on SEVEN YEARS now for the 6th book of George R.R. Martin’s A Song of Ice & Fire series, The Winds of Winter, the news that he is executive producing another show based on another one of his works isn’t exactly the news we wanted to hear going into the new year (again, Year 7 of The Wait), but this might actually be some quality fare to tide us over until TWOW is in our grasp…

It’s definitely a departure from what we’re familiar with from GRRM, though – whereas ASOIAF/”Game of Thrones” is inspired by the likes of epic high-fantasies like Lord of the Rings, his 1980 novella Nightflyers has more of an Alien vibe. The sci-fi/horror story revolves around a group of scientists searching for alien life only to have their mission disrupted by a series of strange and horrifying goings-on. Like most of GRRM’s works, this one has a long and storied history, experiencing many different expansions and versions from its humble beginnings. The original 23,000-word novella later became 30,000 words, and the universe in which it is set has expanded into other novellas and short stories over the years.

In fact, Nightflyers already has an adaptation under its belt – in 1987, writer/producer Robert Jaffe (Motel Hell, The Four Feathers) adapted the novella for the screen in a little-known sci-fi film that grossed only $1 million at the box office. If you have an hour-and-a-half of your life to spare, you can check it out on YouTube, though you’re probably better off just reading the novella (not to worry, book-averse "GoT" fans, this one is a lot shorter!). He’s listed as a producer for the new series based on the novella ordered by SyFy, so perhaps he’ll get a mulligan on this one thanks to the GRRM’s reinvigorated reputation.

Other names attached to the project with decent creds under their belts include: showrunner Daniel Cerone (“The Blacklist”, “Dexter”, “Charmed”), executive producer Doug Liman (Swingers, Jason Bourne), executive producer Gene Klein (“Suits”), and producer/director Andrew McCarthy… yes, THAT Andrew McCarthy, who is a very prolific TV director nowadays (“The Blacklist”, “Orange Is The New Black”). Gretchen Mol will star in the series, which I’m definitely excited about because she’s great and not in nearly enough stuff as far as I’m concerned.

Also worth mentioning is that Netflix will be producing the series (which means it’ll air on SyFy here in the States but be available on Netflix in countries where SyFy is not available), which I think is a good sign because Netflix is known for being willing to take risks, and in a current culture where “sticking to the source material” seems like the biggest risk in TV/film that one could take, that bodes well for actually getting an accurate adaptation of GRRM’s work; the author himself stated that Jeff Buhler’s script for “Nightflyers” preserves the tone and spirit of his novella, so that’s a good sign!

No release date or production start date has been released yet, so stay tuned!