Nelson Mandela's Legacy (And Why It Matters) 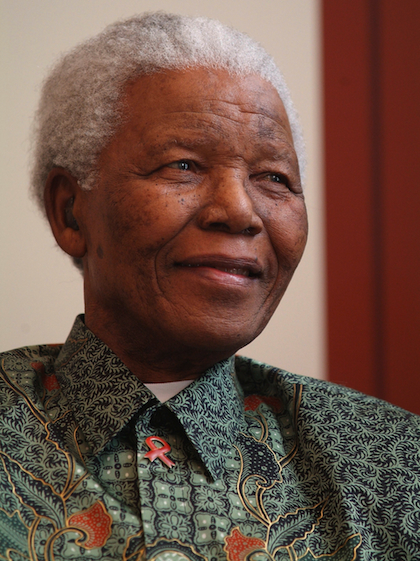 Last week, we lost a truly phenomenal leader, philanthropist, and hero. Nelson Mandela, born on July 18, 1918, passed away on December 5. From celebrities to politicians, from President Obama to the entire nation of South Africa, the world is mourning the death of this incredible human being. Mandela served as South Africa’s first Black president from 1994-1999, and he helped dismantle the horrifying legacy of apartheid by tackling instutionalized racism, poverty, and inequality. Apartheid was the official policy in South Africa beginning in 1948, in which every citizen of South Africa had to be classified and separated according to their racial group. This determined where they could live, what jobs they could have, schooling, and even medical treatment. White South Africans received the highest treatment while Black South Africans were treated very poorly. His journey was fraught with danger, sorrow, and hardships, and he truly defined what it means to be tenacious. He envisioned a country where all citizens, regardless of their race, would be treated equally -- and he helped to create that very democracy.

Mandela studied law at Fort Hare University and the University of Witwatersrand before he became an activist. As the South African National Party came to power in 1948, he worked tirelessly against them as a lawyer fighting for equality. He rose to prominence in 1952 and was arrested frequently for rebellious acts against the government. Even though he was an advocate of non-violent protests, he nonetheless lead a vicious campaign against the apartheid government, and he was eventually arrested in 1962 for conspiracy against the state and was imprisoned for life, of which he served 27 years.

During his time behind bars, he was kept in a cramped, dank concrete cell with only a straw mat to sleep on, was verbally and physically abused by his prison guards, and was forced to perform hard labor. His mother and his eldest son died, but he was not allowed to attend their funerals. He was often held in solitary confinement, yet no matter how badly he was treated, he could not be swayed from his determination to end apartheid. He refused to fight racism with racism.

In 1990, Mandela was finally released from prison, thanks in large part to many international campaigns lobbying for his release (not to mention a slew of anti-apartheid protests). Now a free man, he worked with officials to finally putting an end to apartheid. He was elected President of South Africa (the country's first Black president) in 1994 and immediately established a new constitution as well as the Truth and Reconciliation Commission to investigate past human abuses, combated poverty, and expanded health care services. He stepped down after his first term to further work on ending poverty and on AIDS research with the Nelson Mandela Foundation.

Mandela was truly a remarkable man. He never lost sight of what he believed in and sacrificed his life so that others could have a better one. That is the mark of a true hero.

To see more about Mandela's amazing and inspirational life, catch a screening of the film Mandela: Long Walk To Freedom, starring Idris Elba and Naomie Harris, win it opens in theatres on Christmas Day.