'Mary Poppins' & 5 Other Disney Classics in Need of an Update or Sequel! 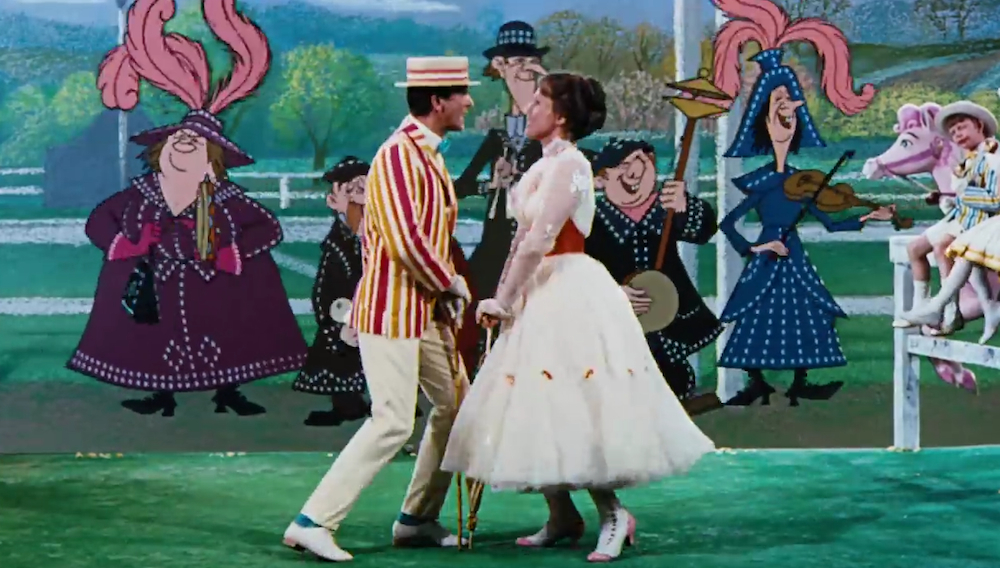 Disney is ready to serve us another spoonful of sugar, as the studio is working on a sequel to the 1964 film Mary Poppins! The original, which was an adaptation of P.L. Travers's Mary Poppins book (fun fact: she despised the film; Disney even made a movie about how difficult it was for Walt & Co to work with her called Saving Mr. Banks), starred Julie Andrews and Dick Van Dyke and has remained a classic for its catchy songs, impressive live action/animation scenes, and of course for its plucky nanny, Mary Poppins.

The new film will also be a musical and will take place roughly 20 years after the original (which is actually when the books take place). The original Mary Poppins only pulled material from the first novel, while the writers of the sequel are planning to pull stories from the remaining seven novels. Emily Blunt is rumored to pick up her magical flying umbrella and soar in as the new Mary Poppins, while Into the Woods director Rob Marshall will direct.

In recent months, Disney has announced a number of live action remakes, some of which have raised a few eyebrows. This particular project works, though, because it’s not a remake -- it’s a sequel, and there is so much Mary Poppins material Disney has yet to touch on. There are actually a number of live-action and animated Disney films that could actually use a remake or a sequel. Here are just a few of the ones I would like to see a fresh take on:

There isn’t really a way to make a live-action adaptation of these films (as they already feature live-action and the segments set to music are supposed to be animated), but Disney could certainly make another Fantasia. Although Fantasia 2000 wasn’t a hit, there were some great sequences in it, including Rhapsody in Blue, which featured animation in the style of famed cartoonist Al Hirschfeld, or the endearing Pomp and Circumstance, which featured Donald Duck as Noah (this was certainly a different take on the traditional graduation song). Walt himself envisioned there being a sequel to Fantasia every 10-20 years, so why hasn’t there been? It’s not as though there will ever be a shortage of music to use or stories to tell. I would really like to see Disney continue to take on classical pieces, but it would be interesting to see how they interpret more modern music as well (how about some Miles Davis, for instance?).

The Sword in the Stone

Rumor has it that Disney is currently working on a live-action remake of this film, but why stop there? It’s not as though there are no other tales to tell about King Arthur and his Knights of the Round Table. The animated film just started with Arthur drawing the sword from the stone -- we didn’t even get to meet Guinevere or any of the knights! The sequels to this could be endless, and if done right, Disney could have another major franchise on their hands.

Darby O’Gill and the Little People

I adore this movie, mainly for its camp valu. Nothing will replace the original, which features a young, singing Sean O’Connery, but that doesn’t mean it couldn’t be updated for a new audience. I’m not sure what a sequel would look like for this film, but the story is easy enough to adapt (a crazy old Irish guy gets into a battle of wits with a bunch of leprechauns... as you do). Thanks to modern special effects, the leprechauns and battle scenes could be quite thrilling. And how fun would it be to have Sean Connery come back and star as Darby O’Gill (the crazy guy who hangs out with the leprechauns)?

What may be the craziest film Disney ever made, The Black Cauldron may also be its most underappreciated. Based on the first two novels of The Chronicles of Prydain by Lloyd Alexander, the movie features many scenes that are not only mind-boggling but not appropriate for children. Although the plot of the film is fairly simple (an evil horned King wants to secure a magic cauldron so that he may take over the world but is thwarted by a beautiful princess, a pig keeper, and a bard), Disney seemed to greatly struggle with this film (it was not received well). However, that doesn’t mean Disney should sweep it under the rug; it was the first animated film to use computer animation, and the world of the black cauldron is really quite interesting. I think that this would work well as a live-action remake, and should be handled by a director who prefers darker material (I imagine that Tim Burton would have a field day with this one).

A few years ago, Disney was actually working on a remake of this classic '50s film. Yet year after year, the production slowly crumbled, and the remake was never heard of again. I’m not sure why Disney abandoned this project -- I encourage them to consider returning to it! Based on the novel by Jules Verne, 20,000 Leagues Under the Sea is considered the precursor to steampunk and even had a ride at Disneyland. The film itself isn’t terrible, and I believe that (once again), thanks to current special effects, an update could be quite impressive.

Which Disney film would you like to see remade or turned into a sequel?