Lucy Hale Getting a "Life Sentence" with The CW! 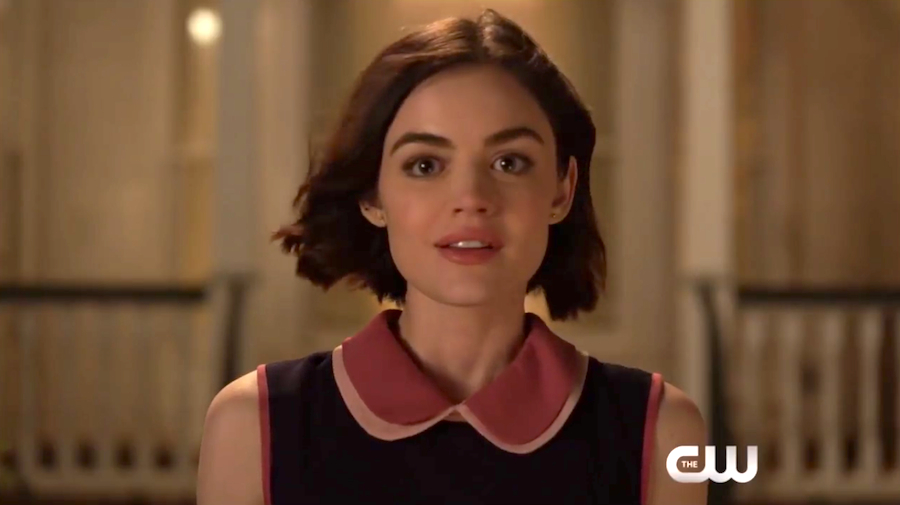 Stella has lived life as if she was dying for the past eight years, and her entire family, her husband, and closest friends have rallied around her nonstop. She has thrown away her education and has indulged her every desire. Now, with an entire life left to live, she struggles to cope with reality and with all the sacrifices those around her have made, including her mother’s lesbianism, her sister’s foregone scholarship, and her father’s frivolous spending to fulfill Stella’s dreams. Stella also struggles with not being able to milk sympathy or “play the cancer card” to get out of uncomfortable situations, which forces her to tackle life head-on and learn a lot along the way.

If anyone has seen the Last Holiday with Queen Latifah and Gerard Depardieu, where a dying woman decides to splurge all her savings on taking an insanely elaborate Holiday just to find out her “brain tumor” was a false alarm, "Life Sentence" appears to follow a similar but more complex and drawn-out concept.

Judging by the trailer, it appears like a fusion between "Gilmore Girls" and The Fault In Our Stars. The almost sickly but addicting sweetness of the trailer comes as no surprise, considering "Fuller House" creators Erin Cardillo and Richard Keith are at the helm of the project. One of the Executive Producers is Bill Lawrence, who created "Scrubs", so you know the dialogue and humor will be on-point.

And seriously, we have been having major Lucy Hale withdrawals since "Pretty Little Liars" went off the air, but she will be giving us our fix once the comedy premieres in January 2018. Although she mesmerized us as Aria Montgomery for SEVEN years, the busy "PLL" schedule didn’t allow Hale to really spread her wings as an actress and therefore kept her rather one-dimensional. The role as Stella Abbott will give us a chance to appreciate her in a different light and we are very excited that she is taking on unconventional subject matters and showing off her humorous side.

We haven’t seen a cancer-themed show since "The Big C" with the fabulous Laura Linney on Showtime, and we love that The CW has tackled the taboo subject through the lens of a young girl.