Loki's Appearances In The MCU, Ranked! 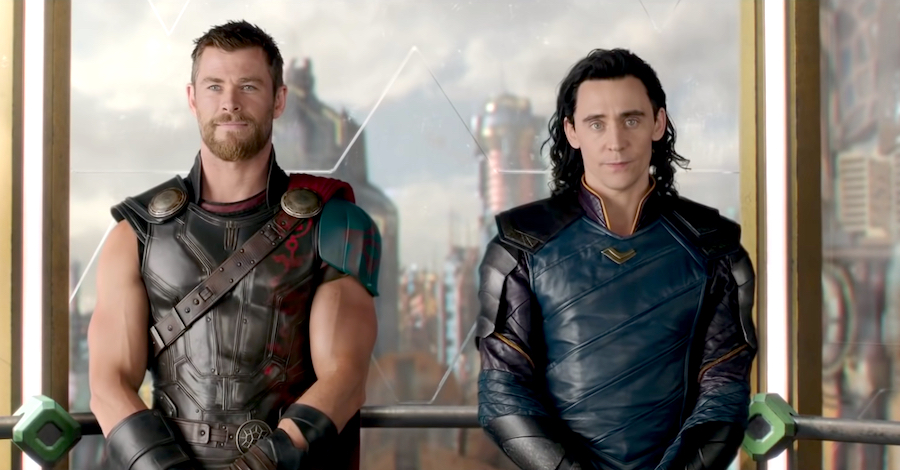 Loki immediately became a fan favorite when he first appeared in the first Thor film back in 2011. 10 years later, the character is finally getting to tell his own story in his new Disney+ series. The 6-episode series is now coming to an end this week, and in honor of his journey, we're ranking our favorite appearances of his in the Marvel Cinematic Universe movies!

6. Thor: The Dark World (2013)
Now, this film definitely has some good moments for Loki. Not only did we get a Loki and Thor team-up (leading to plenty of great interactions), but we also get a Loki impression of Steve Rogers aka Captain America (Chris Evans).
5. Avengers: Endgame (2019)
While Loki was not in the film for very long, we did get to see Hiddleston make a return. The God of Mischief was easily the star as we traveled back to the first Avengers movie, showing the battle in New York, and Loki eventual capture -- and escape. This appearance is also extremely crucial to understanding the Loki series and who the character is in that timeline.
4. Avengers: Infinity War (2018)
Despite the fact that Loki dying was one of the most heartbreaking moments in the franchise, it needs to be highlighted for a few reasons. We truly see just how much the 2 brothers love each other, despite past betrayals. We also see Loki attempting to do what’s right and stop the villain rather than teaming up with Thanos, showing that he’s changed. His evolution throughout the films up to this point only made this loss even more devastating, and that’s a testament to the character and Tom Hiddleston’s portrayal.
3. Thor (2011)
The film that not only introduced us to Loki but had us dying for more from him. Hiddleston created a character that fans rooted for despite him not being the main hero of the story. We got insight into his character and, despite being painted as the villain, you couldn’t help but love him. The start of his story has some of his most important moments.
2. The Avengers (2012)
Naturally, this film is a classic and iconic for the franchise. Loki being the villain of The Avengers made everyone love it even more. Being in that theater and seeing these characters all on-screen together for the first time was an unforgettable experience. This is what really connected everything & everyone together, and Loki was at the center of it all.

Let’s be honest, this film is one of the best in the entire franchise, which is saying a lot. Thor: Ragnarok has EVERYTHING Marvel fans love about the MCU plus more. It’s just a fun movie that even people who aren’t fans of the MCU can enjoy. Tom Hiddleston is wonderful in it (as always), really getting to play with the comedic side of his character. Plus, by the end, Loki and his relationship with Thor is in such a good place.

I’m definitely not ready to say goodbye to Loki, so fingers crossed we either get a Season 2 of "Loki" or a Hiddleston appearance in Thor: Love and Thunder. The final episode of Loki airs this Wednesday, July 14, on Disney+!