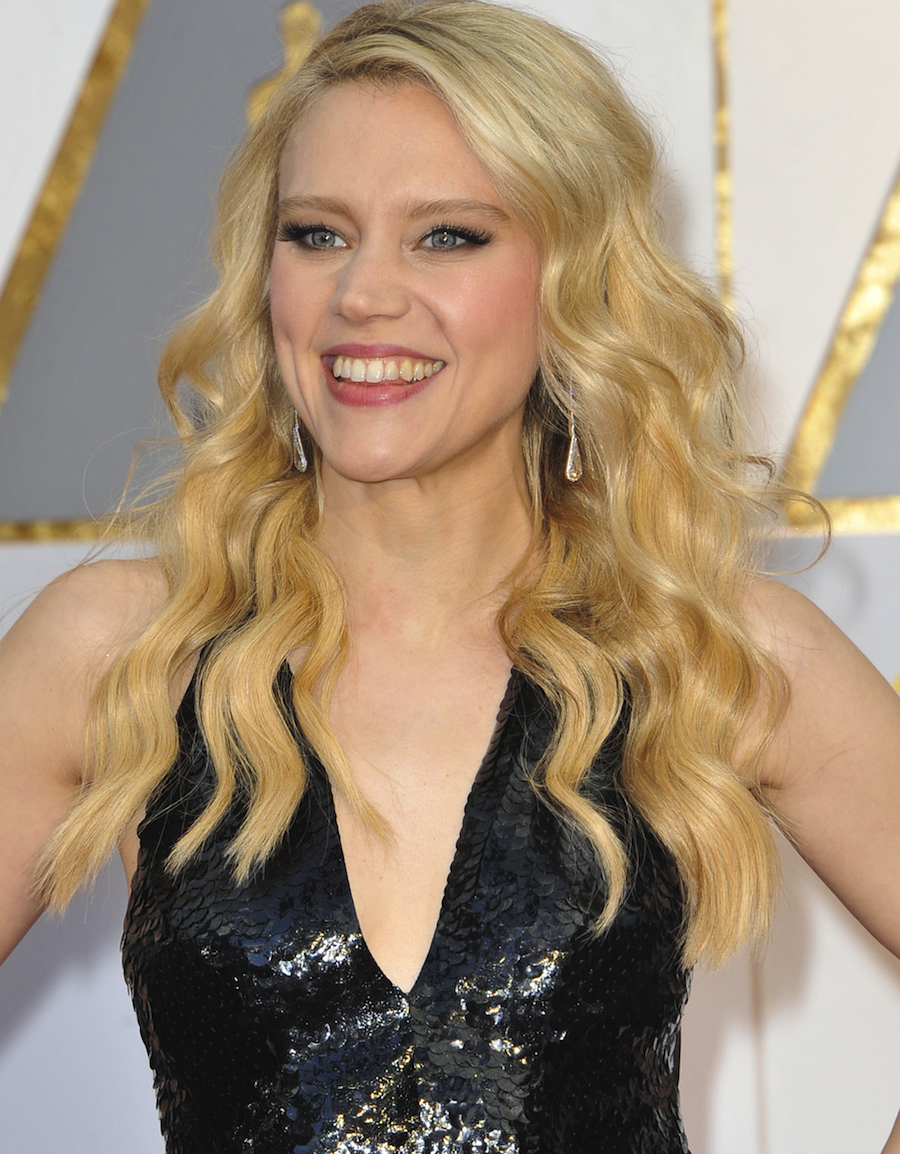 Master impressionist, talented actress, and hilarious comedian Kate McKinnon has been killing it on "Saturday Night Live" since 2012. Currently, she’s a fan favorite cast member that continually makes us laugh week after week as she fearlessly impersonates our favorite celebrities and introduces us to absurd new characters in ridiculous situations. Here are some of the Ghostbusters actress’s best characters from over the years at "SNL"!

McKinnon as the gray-haired, cat-pun slinging “Whiskers R We” employee is truly hysterical. Each sketch features a celebrity host, and, of course, a slew of adorable cats that McKinnon introduces in her spot-on impression of an overzealous animal shelter employee. Each cat’s personality description features an amazingly corny joke. This is a depiction a true Crazy Cat Lady, and if you’ve ever adopted a cat, this woman is a stereotype that you are probably familiar with — and that’s what makes the sketches even funnier.

Her impression of talk show icon Ellen DeGeneres is over the top but still weirdly on-point. She gyrates around and continuously repeats “I’m Ellen.” Her dancing looks like it was plucked straight from an episode of Ellen’s show; she has Ellen’s dad choreography down to an art. McKinnon’s vocal inflections and dedication to mimicking Ellen so accurately are impressive in and of itself, but the sketches that feature her Ellen character are also some of her funniest.  Although, the best appearance of this imitation has to be when McKinnon went on the "Ellen" show and danced with Ellen herself, while in full Ellen character.

Arguably the unluckiest SNL character ever created, Mrs. Rafferty has seen some things. This sketch, which first appeared in 2015, revolves around how aliens abducted Mrs. Rafferty and two others, and while the other two abductees had pleasant and warm experiences, Mrs. Rafferty unfortunately did not. As she details all the ways her abduction went terribly wrong, you can’t help but laugh, especially watching fellow cast mate Aidy Bryant breaking throughout the sketch. Since the success of this sketch, they have done two more -- Mrs. Rafferty also finds herself having unpleasant experiences at Santa’s Workshop and the Afterlife.

Mythical mermaids are typically described as beautiful creatures with long flowing hair, bright colored tails, and voices like angels. Considering mermaids are half-human and half-fish, then that means there would likely be some truly strange combinations. That’s where Shud comes in — Shud is part-blobfish, which are actually sometimes referred to as the world’s ugliest animal. McKinnon’s characterization of this creature is grossly funny, as she explains the blobfish’s mating ritual with a straight face and attempts to entice shipwrecked humans to marry her.

Possibly the most accurate impression of Hillary Clinton ever done, this imitation provided a lot of comic relief during an especially tension-filled election. Even Hillary herself was a fan of the impression; she made an SNL appearance as bartender Val, as McKinnon parodied Clinton to her face, venting her frustration with the election. Sadly, we haven’t seen much of Kate’s Hillary, but we are certainly ready for her to bring this fan favorite back. Nobody can rock a pantsuit like Kate and Hil.

In an interview, Mckinnon described the key to impersonating Justin Bieber is acting like a puppy who peed where it wasn’t suppose to but is sorry about it. If you go back and watch one her Bieber skits, you will definitely get that vibe from her facial expressions. McKinnon’s impression is playfully entertaining without being mean, perfectly capturing the little absurdities that make up the Biebs, including his boyish charm, signature baggy clothes, and random pointing. It’s truly one of her greatest.