Janis Joplin and Another Case of Dueling Biopics Syndrome 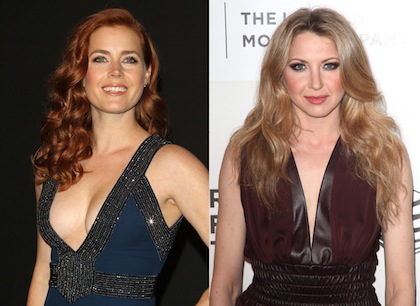 The life of a live fast, die young musician is tragic but also something people want to see. Janis Joplin, the epitome of the rock 'n' roll lifestyle, died of an apparent heroin overdose at the age of 27, thus bringing the prominence of the "27 Club" (celebrities who died at the age of 27) into the mainstream. It’s only fitting that this blues singer from '60s would get two competing biopics.

Right now, we have some details about the rival Joplin biopics, including who is starring in them. The one that many people have heard of recently is set to star Academy Award-nominated actress Amy Adams. Adams claims to have been interested in the project for sometime, but part of the reason this project has taken so long to take off is getting the rights to the music. Like the recent Jimi Hendrix biopic entitled All is by my Side, they aren’t going to let that stop them any longer. Instead of waiting for the clearance for the original music, Adams will sing the songs herself. No small feat considering Joplin's vocals being some of the most distinct and legendary in music history...

The other Janis Joplin biopic in the works is starring Nina Arianda, whom many recognize from “30 Rock” as Zarina Sbarro, the heiress to the Sbarro Pizza fortune, of course. You may also remember on “30 Rock” that they lampooned how the rights to Janis Joplin’s life story and music are incredibly hard to get, causing a character from the show to play a Joplin imitation called Janet Jopler:

Luckily for Arianda, the filmmakers DO have they rights to over twenty songs, which is basically her Greatest Hits album. Now, I’m not saying one biopic will be better than the other, but Arianda’s film has definitely has the advantage.

Incidentally, this isn’t the first time in cinema history that two competing biopics have come out at around the same time. In fact, it seems like a near epidemic!

Back to back, in 2005 and 2006, we saw the release of two films about the life of writer Truman Capote. Capote in 2005 starred Phillip Seymour Hoffman in an Academy Award-winning performance. It was also director Bennett Miller’s second film and the first to start, what looks like, a series of Academy Award nominations. His latest film, Foxcatcher, is certainly raking in the Oscar buzz.

In 2006, the less well-received Infamous was released starring Toby Jones as Capote and Sandra Bullock as Harper Lee. The film didn’t do the best critically, but many critics gave it a handicap, since most of the time they were comparing it to the smash hit Capote the year before.

In 2012, director Alfred Hitchcock seemed to be at the forefront of the pop culture zeitgeist. Hitchcock, starring Anthony Hopkins as the legendary director and Helen Mirren as his wife Alma Reville, centered on the relationship between the two during the making of Hitchcock’s most famous film, Psycho. The film shows what a physical toll the making of Psycho really had on Hitchcock and how Alma was the proverbial great woman behind a great man.

Two months earlier, though, HBO released a film starring (again) Toby Jones as Hitchcock in a film entitled The Girl, which revolved around a sensationalized account of the relationship between Hitchcock and The Birds actress Tippi Hedren, played by Sienna Miller. The film makes Hitchcock look like a sexual predator, who previously suffered from erectile dysfunction until he met Hedren. It’s a dark film and pretty much pegs Hitchcock as the bad guy. You can still call it a biopic, but it’s a biopic in the way that This is the End told the life stories of Seth Rogen and company… it’s all false except for a few minor details.

Finally, we have two rival biopics that most people may not have heard about it. By now, I’m sure everyone knows there’s a new Steve Jobs film coming out written by Aaron Sorkin, directed by Danny Boyle, and starring... Michael Fassbender? Nobody knows for sure who is starring as Jobs just yet, but Ashton Kutcher did at one point. Jobs came out in 2013 to mixed reviews (though Kutcher was generally praised for his performance).

If you haven’t seen it, well, it’s up on Netflix. Take a look. There’s some good parts, but something you might be even more interested in is the not-so-true-but-sort-of-true Steve Jobs story starring Justin Long, which came out the same year.

That’s right, the guy from those Mac commercials years ago starred in a film about his former boss Steve Jobs entitled iSteve. It claims to be the first-ever biopic on Steve Jobs, and technically it is, but it didn’t get the red carpet treatment Jobs did. But that doesn’t mean it’s not worth checking out on Netflix. It’s ridiculous, self-indulgent, and something Jobs may have found hilarious himself.