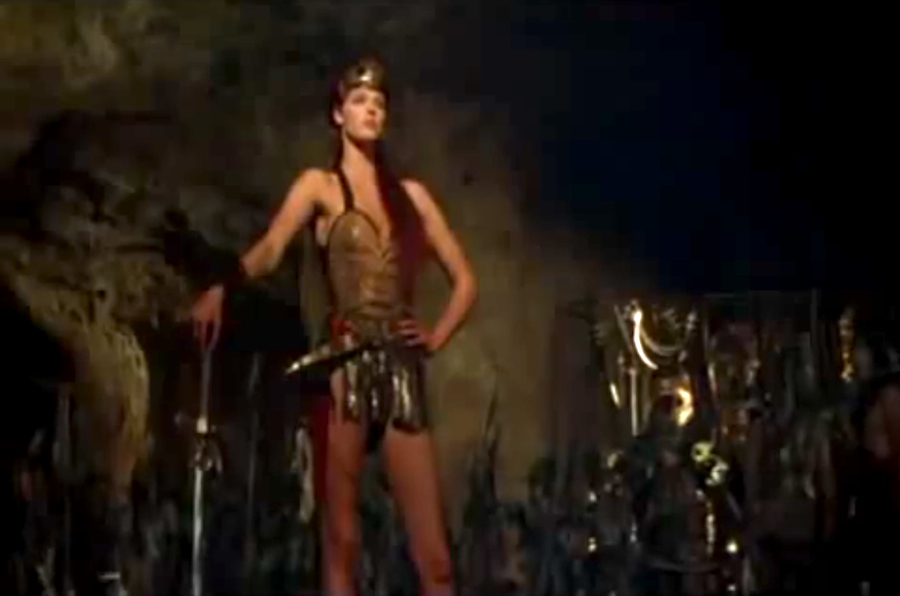 Ever since the success of Wonder Woman, studios have been trying to figure out the best way to get up on the female action hero trend. With Tomb Raider getting a reboot and a Black Widow movie (finally) on the way, it seems only fitting that another [email protected]$$ female hero is making a big-screen comeback: Red Sonja.

For those of you who don’t know who she is, I will give you a quick run down. Red Sonja is part of the same canon for Conan: The Barbarian that the Arnold Schwarzeneggermovie in the '80s was based on. While she did not appear in said movie, Red Sonja had her own film a few years later starringBrigitte Nielsen as the title character. She is an expert in swordfighting and martial arts and has great knowledge of the supernatural and how to defeat it. Like Conan, she is also considered to be a barbarian but in all honesty has always come across more civilized and smarter than Conan (I mean, he never talks in the Arnold movie). In a way, she is somewhat of Marvel’s answer to DC’s Wonder Woman.

The new reboot has not begun casting or found a director since it is just now getting written, which brings us to the hiring of screenwriterAshley Edward Miller. Miller’s film credits include Thor, X-Men: First Class and the upcoming reboot, remake, or sequel (I really have no idea right now) toBig Trouble in Little China. It is unclear at this time ifRed Sonja will be included in the Marvel Cinematic Universe or tie into a possible separate Conan reboot, or just be its own thing completely.