I Watched Both Fyre Fest Docs So You Don’t Have To (But You Should Anyway)! 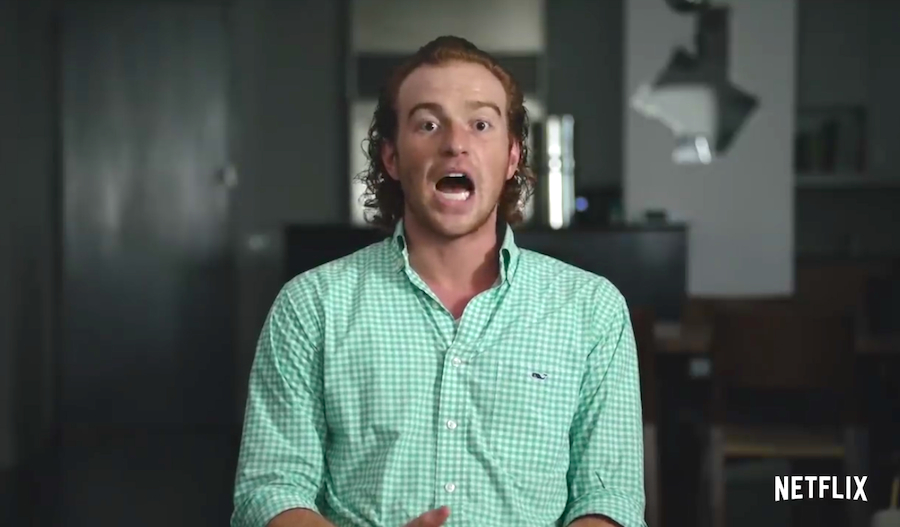 Just 4 days before Netflix dropped their much-anticipated Fyre Festival documentary, Hulu decided to surprise everyone by releasing a Fyre documentary of their own. This is the kind of juicy competition I live for, so of course, I watched both.

I began my journey with Netflix’s Fyre: The Greatest Party That Never Happened, because I am nothing if not (mostly) loyal and immediately knew one Fyre Fest movie would never be enough. It’s a good thing I had another -- enter Hulu’s Fyre Fraud. And honestly, even after that, I could have watched another one.

So let’s dig in, shall we? Here’s everything you need to know about the battle of the Fyre Fest documentaries!

Both movies tell of the events that led up to the disaster that was the Fyre Festival, a music festival in the Bahamas in 2017, and the shady workings of its founder Billy McFarland. I mean really, if you don’t know this already, you’re behind the times. Billy is currently serving 6 years in prison on charges of fraud and was sentenced to pay $26 million in restitution. But don’t feel too bad for the guy; I can promise you, he deserved everything he got.

Both Hulu and Netflix used interviews with Calvin Wells, who created the Twitter account @FyreFraud in an effort to reveal what was really going on behind the scenes, and Seth Crossno, a festival attendee who posted a few viral tweets about Fyre and successfully sued Billy for $5 million. Other than that, I was actually shocked by how different these two flicks turned out to be.

The real difference is the story each documentary is trying to tell. Netflix is focused on Billy’s plan for Fyre and his subsequent failure to actually deliver on any of those plans. It tells the story chronologically, from beginning to end, and features interviews with more people who were actually involved in the festival, as well as a lot more behind the scenes footage. We meet everyone from the event producers, logistics coordinators, and marketing team back in New York to the Bahamian residents and contracted workers. Honestly, if you really only want to watch one, I would say go with Netflix if only to hear the absolutely insane story that has to do with the festival's water source, a Barbadian customs officer, and a man who Billy referred to as Fyre’s “great gay leader.” You wouldn’t believe me if I told you, so you’ll just have to watch it for yourself.

Hulu is turning Fyre’s failure into a greater commentary on Millennials as a generation, the influence of social media, and how Billy came to be a scam artist. It has interviews with fewer festival employees and instead talks to industry experts from music and influencer culture. Since they had less real footage from the planning stages of Fyre, Hulu uses a lot of clips from popular shows ("Keeping Up with the Kardashians", "SNL", and more) to try and convey its point. They do, however, have an interview with Billy himself, which Netflix doesn’t, but it should be known that that is because they paid him for it and Netflix didn’t want to.

I was certainly drawn to Fyre Fraud for the promise of this interview, but in the grand scheme of things, Billy doesn’t add much, and I don’t really want him to anyways. He mostly stares at the camera without saying anything. Seriously, this guy sucks so much. The interview was filmed while legal proceedings were underway, so he basically just takes responsibility for the failure of the festival and then tries to justify why he wanted to make the festival happen in the first place. Nothing he has to say really means anything once you know all the sketchy s**t he did.

All in all, Netflix’s doc is all about how Fyre went wrong while Hulu’s is about why it went wrong. Both are addicting and I’m fairly confident that you, much like me, will find it hard to look away from the astounding mess that was the Fyre Festival. So stop kidding yourselves, we all know you’re going to watch both.