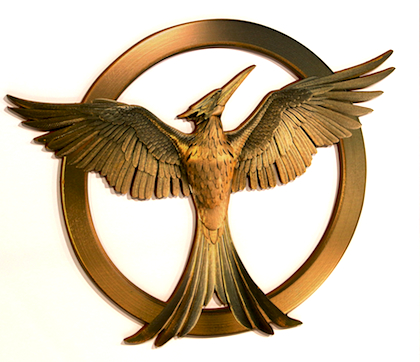 The Hunger Games movies have been hugely popular ever since the first movie came out on in 2012. The only things the people behind it haven’t really explored is the idea of theme park attractions and art exhibitions… but why would the folks at Lionsgate do that anyway? Oh, Lionsgate is doing that? You got me again, Lionsgate.

The exhibition will be traveling the country in preparation for the final installment in the Hunger Games franchise. Right now, it’s in New York City and will be traveling to San Francisco in February of 2016. No other cities have been announced, but I can’t see why they wouldn’t pay a visit to Los Angeles (where it’s written) and Atlanta (where it’s shot). The exhibition is said to be innovative and act as an interactive tour that will take visitors into the world of Panem.

The Thinkwell Group, a company that specializes in theme park design, has put the traveling exhibition together. This brings me to my next point -- There have been talk of expanding Hunger Games into rides and other attractions. With rumors about Disney filling Disneyland with Star Wars attractions, that Fast and Furious ride The Rock is the face of, and Harry Potter having a park in Florida that is finally making its way to Hollywood, are we seeing a new trend in movie franchises outside of sequels? Who knows, but the question remains to be seen if the this exhibition is some how a test to see if the Thinkwell Group will be involved in bringing Hunger Games to life in more ways in the future.

Who knows exactly what the future will hold for the Hunger Games? I don’t, but I’m all about the immediate future. So, check out the trailer for the last movie, Hunger Games: Mocking Jay Part 2, coming out not-too-distantly on November 20: