How "WandaVision" Changed Storytelling In The MCU Forever! 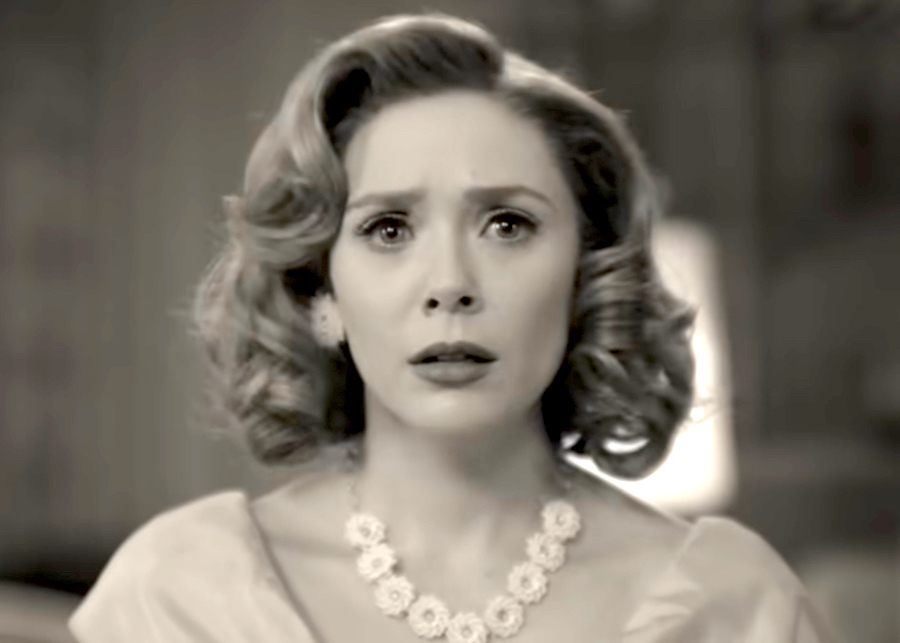 Marvel is known for its jam-packed and action-filled films, but "WandaVision" changed the game for the franchise in a whole new way. While it didn’t shy away from the usual explosive fight sequences, it incorporated so much more — visually taking us through the stages of grief, exploring Wanda’s mental health, and paying tribute to all of our favorite sitcoms. The best part of the whole thing is, very little was given away from the promotion, making us go in blind in many ways.

So many of the characters in the MCU have experienced horrible traumas but we’ve never actually seen that trauma explored firsthand as the main storyline the way we see it done in "WandaVision". Trauma is something we all experience to some degree, and seeing someone as powerful as Wanda grieve shows the importance and normality of it for the audience. When it comes to superhero films, you have these expectations of incredible special effects, big action, and those jaw-dropping Spoiler moments. The thing is, "WandaVision" has all that too but it doesn’t need to be in your face to be just as powerful as the films are, even though it has all the same elements.

"WandaVision" is a complex, beautiful, and heartbreaking story, filled with these hidden twists and turns until the very end. Fans were left wanting more after every episode, spending the days in between episodes coming up with theories on what was to come. It was so unlike anything else fans have ever seen from the franchise, which was fitting since Wanda and Vision were always such an “unusual” couple. But in the same way Wanda and Vision worked together, the show proves that this type of storytelling does too.

Something fans heavily speculated on was who would make a surprise appearance in the series. Evan Peters’s role in the series was a fun addition as he portrayed Quicksilver (Wanda’s brother) in the X-Men films. What made it so interesting was that Peters wasn't ever part of the MCU before, as Pietro (Quicksilver) was played by Aaron Taylor-Johnson previously. The uniqueness of the cameo was that he didn’t have some story-changing role in the show nor was the cameo for cheap fanservice, making it so that his cameo didn’t outshine Wanda’s story but still served a unique purpose. The highlight of the series was still Wanda’s emotional journey and transformation into the Scarlet Witch.

Elizabeth Olsen’s performance in "WandaVision" goes beyond words. Everyone has been dying to see more from her portrayal of Wanda Maximoff and were thrilled when the series was announced. Exploring a character’s mental health is never an easy task, and it often leaves fans worried if it will be done properly, but this series succeeds on every level as we see Wanda grieve over the loss of Vision and deal with her trauma. Olsen’s award-worthy performance, specifically in the final two episodes, will go down in Marvel history.

Paul Bettany brings the character back to life (literally) in a whole new and fun way. We truly get to explore Vision’s personality that we never got to necessarily see in the films. It made it that much harder to lose his character all over again in the end.

And we'd be remiss if we didn't give a shout-out to Kathryn Hahn, who proved she was definitely worthy of being the MCU’s latest villain with her portrayal of Agatha Harkness. Her comedic relief during the first few episodes, theme song — because let’s be honest, we all still have “Agatha All Along” at the top of our playlist — and big reveal showed what an asset the actress is to the franchise.

The ending implies some big plot points for future movies as well! We are seeing Wanda fully embrace and transform into the Scarlet Witch, which will play into her role in Doctor Strange in the Multiverse of Madness. As if that wasn’t enough to leave us on the edge of our seat, Monica Rambeau’s mid-credits scene with a Skrull starts to set things up for Captain Marvel’s second film. We also can’t forget that White Vision is still out there and can very possibly be a player for future movies.

As Marvel Studios’ first Disney+ series, they truly knocked it out of the park, and hopefully they will use tactics from this series moving forward. Marvel films have always been like a journey, but this storytelling method can truly make it a next level phase for the franchise in terms of both films and series.