How To Survive The Holidays, The Kevin McCallister Way! 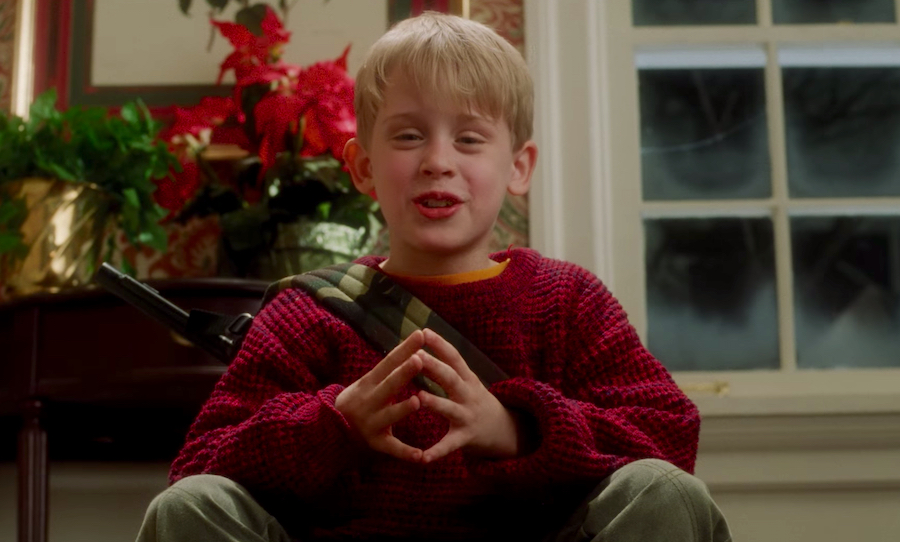 The holidays can be rough for a number of reasons, but let’s be honest here -- it’s mainly tough because of all that family that comes around. No need to fret, my frustrated friend, we are here to give you some survival tips from the ultimate Holiday survivor… Macaulay Culkin’s Kevin McCallister from Home Alone! That’s right, he may have been 8 years old at the time. but dang, is he one heckuva Holiday season survivor!

The best way to get removed from that pesky family of yours (no matter how old you are) is to cause a ruckus. Break a precious family heirloom, announce to the family you are pregnant and you don’t know who the father (or mother) is, or, if you’re out of ideas, take a page out of Kevin’s playbook and start a domino effect of spilled Pepsi, ruined pizza, and crushed adult egos. Not only will your mom pull you by the ear and toss you into an attic (no matter how old you are, this will happen), but your uncle will verbally abuse you by calling you a “little jerk”, thus cementing that you are not welcome at this party.

Let’s be honest, Kevin didn’t have a cell phone, like many 8-year-olds do today, thus he couldn’t call his family after he thought they disappeared. Today is a different story; I don’t even want to know where my mom is right now, but she’ll text me about that half of a pastrami sandwich she ate that was “to die for”, and instead of offering to save the other half for me, she throws it out. (Thanks, Mom… it’s not like there’s people starving in Africa, or did you lie to me my whole childhood?) Sorry about that. Back to the point of this -- Without a cell phone, nobody will know where you are, and you won’t know where anybody else is either. The events of Home Alone would have never happened if any of the characters had a cell phone. In other words: Holiday Paradise. There’s no way your family will find you… unless you answer the door when the cops they send come knocking, which brings me to my next tip --

Even if some dopey thugs break into your house, it’s just best to handle this on your own and not trust the cops. The only people more likely to ruin your holiday buzz more than your family is the local police force. You don’t need them.

Whether Santa thought you were naughty or nice this year, it’s time for you to give yourself a gift. Kevin’s idea of a good gift? Eating mounds of junk food and watching rubbish, of course! It’s a great way to escape your family, but if they are around, you better watch out, they may come out and stop you.

It’s pretty self-explanatory. Sure, there’s rumors that he goes around salting the sidewalk from a bucket full of the shambling corpses of his alleged victims, but I’m sure he’s always carrying around candy to give you too. Plus, he may have his own family issues he’s trying to get through and will then help you out with yours. Beware, however -- it’s a coin toss if he is going to salt the freshly dead bodies of your family or save you from the clutches of criminals and teach you a lesson about never taking family for granted.

Tip # 6:If All Else Fails, Torture Some Criminals

This is always fun to do every year. It’s a given that, if you live in a yuppie, mostly white neighborhood, criminals will break into your house during the Holidays to still that sweet Santa swag you’ve been waiting for all year. It’s time to take up arms and set up a house full of torture devices and booby traps that would make Jigsaw from the Saw movies blush. Let these trespassers know who’s boss! They’re criminals, so they deserve it, right?

Tip # 7:Family is Everything

No matter how much you may have wanted to team up with the creepy old guy next door to lay a hit out on your family and make it curtains for them, you know deep down inside you’d be nowhere without them. Sure, your verbally abusive uncle called you a “little jerk”, but it’s all part of the charm. So, enjoy the holidays at your own speed and make face time with the family only when necessary. Yeah, they’re everything, but we all have our limits… this is our annoying family we’re talking about here.