How FX Is Changing The Face of Network Television 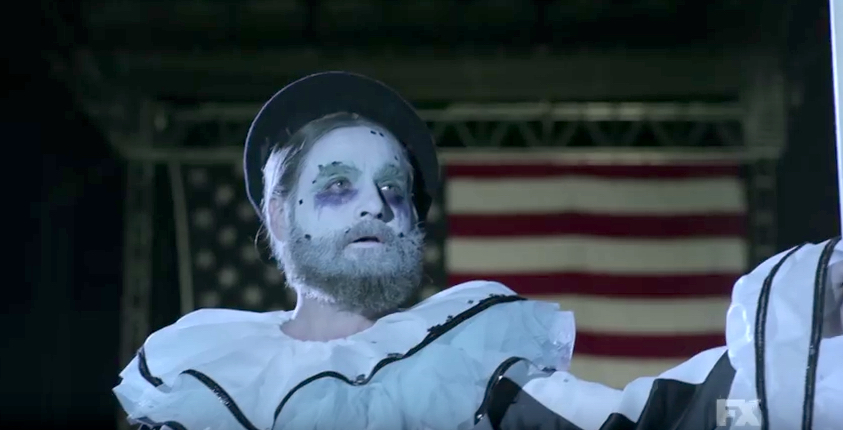 FX is just a renegade cable channel these days. It’s true that miniseries -- or anthology series, as they are technically called -- are nothing new, but FX seems to really like them with “American Horror Story”, “Fargo”, and the upcoming “American Crime Story”. Am I here today to talk about these shows, though? No. I’m here to tell you about upcoming announcements from FX President John Landgraf, and how the possible lengthy hiatus of Louis C.K.’s autobiographical dark comedy series “Louie” could be a good thing.

First thing is first: last week saw the premiere of Zach Galifianakis’s new show “Baskets”, which is also co-created and co-written by C.K. The show got off to a pretty insane start and looks like it will only get better. It’s quite an odd little show about Galifianakis as a would-be clown named Chip Baskets. After failing out of a prestigious French clowning school (because he didn’t know French), Baskets must come back home to Bakersfield, CA, and ultimately settle for a job as rodeo clown. It’s even more whacky than it sounds, but nothing is more insane in the show than the fact that comedian Louie Anderson plays Baskets’s mother. No, not a dad that is going through a transition à la Jeffrey Tambor, but his actual biological birth mother. The funny thing about it is he knocks the role out of the park. Take a look at the trailer below:

Tracy Morgan is getting ready to make a pilot for FX with actor/writer Jordan Peele being one of the writers of the show. Now, it’s not 100% sure that the show will get picked up since it is a pilot, but with a team-up like this, the odds could be good. The show’s premise is that Morgan will play “a career criminal who struggles to reintegrate into society after serving a 15-year prison sentence.” It’s hard not to point out that this will be a huge thing for Morgan after recovering from a near fatal car accident 18 months ago. The crash apparently happened after Morgan signed a straight-to-network deal with FX. It is not confirmed nor denied that the deal is still in place or if it’s up to the pilot. Morgan, however, seems to be doing fine these days. Look out for the upcoming Richard Pryor biopic entitled Richard Pryor: Is It Something I Said? in which Morgan will play comedy legend Red Foxx opposite Mike Epps as Pryor.

Almost lastly is that FX has finally announced a premiere date for Season 4 of “The Americans”. The Russian spies trying to hide in plain sight in the middle of suburban American during the cold war of the '80s will be back in stealthy action starting on March 16. If you haven’t seen this show, I highly recommend it. It’s a fun spy dynamic that’s never really been done before, and you may even be rooting for these Russian spies. It definitely plays with your head a bit. Need help finding it? I personally watch it on my girlfriend’s Hulu account, and maybe you can too! Below is a teaser trailer with not much information in it, like so many trailers for shows FX likes to make. Enjoy!:

Finally, this brings me to a favorite show of mine, “Louie”. Since the first season, C.K. has really made the show his own and created a different style of television. Another way he’s making it his own is by pretty much making it whenever he wants. There isn’t a consistent time of year it’s back on, nor is it even on every year, and that’s not because FX pulls it… it’s because Louis C.K. is just that busy. Being, debatably, the best stand up comic in the world right now does lend itself to having a busy schedule. So Landgraf has said that it’s up to C.K. if the show is back this year, next year, or even at all. The FX President is very fond of giving his creatives complete control over their shows, and if the drawback is the creative wants to end it, then it will end.

But amicable business with “Louie” has given Landgraf a different view on how television should work. “I’m starting to feel like the process of making television can be much more fluid,” Landgraf said, forecasting an evolution toward television scheduling in which networks “follow the voice, the timing, the schedule, and the needs of the creative people rather than mold themselves into a predetermined business structure where they have to be creative on demand. To me, that’s a recipe for mediocrity.”

HBO’s “True Detective” proves his point well. Everyone and their grandmother were jumping off the walls over the first season. People couldn’t get enough of it, and when a second season hit… BAM!!! Almost universally the show was ill-received. The main difference is that writer/creator Nic Pizzolatto took many years to write the first season of “True Detective” and then had less than a year to put together Season 2. Landgraf seems to agree that giving the creatives time to put out something exceptional rather than demand anything and get amateur stuff is the much better route. All I can say is that I like Landgraf’s style, and I hope he keeps up with this.

As for “Louie”, so far it has been said that C.K. hasn’t really dived into talking about future seasons. Landgraf even said that, past Season 5, C.K. hasn’t promised anything. C.K. did let a little something slip, however, when he was promoting “Baskets” and said he could possibly make the show again when he’s 60 if people are interested in seeing a darkly comical version of Up. Funny thing about that is that “Louie” already feels like that… minus a dog. Oh wait, there was a dog on the show! Oh yeah, it died.

Louis C.K.’s birthday is September 12 and he will be turning 49 this year, so only 11 more years for Season 6, folks! Be sure to keep an eye and an ear out for that!