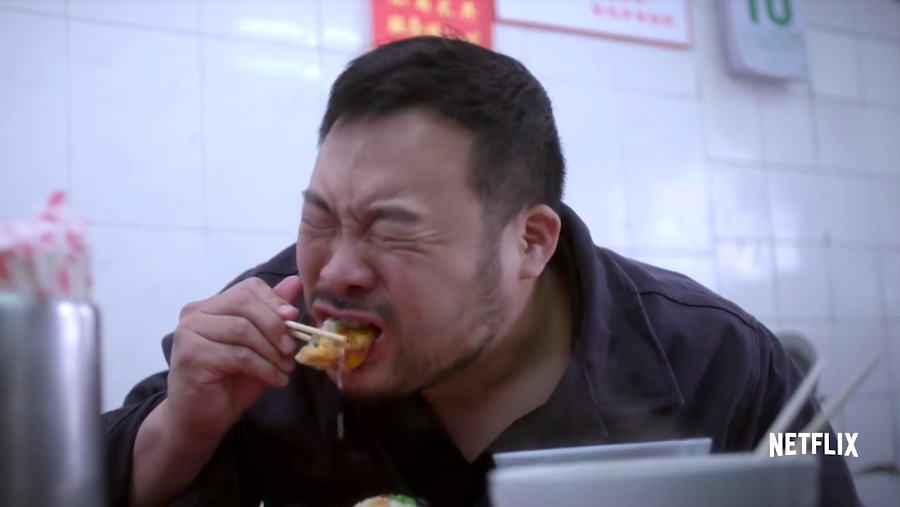 Whether you’re a complete food snob or just love a good meal as much as the next person, "Ugly Delicious" is the show for you. Netflix’s latest mini-documentary series features American chef and restaurateur David Chang and a host of other guest appearances traveling the world in search of culinary differences on staple dishes.

The first episodes focuses on a national treasure: pizza. Chang, along with pals Aziz Ansari, New York pizza restaurant owner Lucali Mark Iacono, food writer Peter Meehan, and others, travels across the country and the world in the name of pizza. From Tokyo, Japan, where a chef creates the dish with only Japanese ingredients, to New Haven, Connecticut's signature Frank Pepe’s, and even to pizza homeland Naples in Italy, the gang tackles the concept of authenticity in the modern day.

The series goes on to research many other foods in the 8-episode season, like tacos, barbeque, and fried chicken. All throughout the show, Chang goes beyond the surface meaning of each food, looking at the socio-cultural and historical contexts to each dish. All while enjoying/critiquing each interpretation of the meal along the way.

Each episode is rich in its extensive history of both the food itself and the culture surrounding it, in a way that not many other food documentaries successfully do. Director Morgan Neville and main host Chang work together beautifully to create a show that makes you both really hungry and more in love with the foods you’ve loved all along!