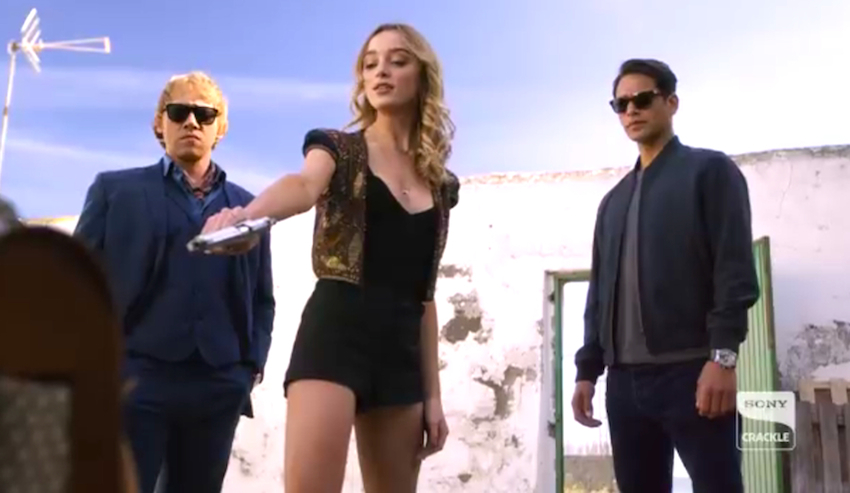 There is no question we are living in a golden age of television. And with the era of cord-cutting taking over the mainstream, the new way to view this greatness is via streaming. I’m sure you are all familiar with the big dogs Amazon, Netflix, and Hulu. But today I ask you to unravel the mystery of that orange app you constantly pass over when selecting your viewing option for the evening. This will open the doorway to Sony’s Crackle, where Harry Potter star Rupert Grint has a series that you’ll definitely not want to miss.

"Snatch" is an American crime comedy-drama series based on the film of the same name directed by Guy Ritchie (not involved with the series) that premiered on March 16, 2017, on Sony’s Crackle. After a successful first season with Crackle viewers that saw these up-and-comer gangsters go on a wild ride throughout the underbelly of London’s criminal underworld, Sony renewed the series for a sophomore run. If you’re still not convinced, here is Grint himself to give you a sneak peek at Season 2.

Grint stars alongside a solid cast as Charlie Cavendish Scott, who is the right hand man of Albert Hill (Luke Pasqualino), the son of notoriously famous bank robber Vic Hill (Dougray Scott), who has been incarcirated for most of Albert’s life. Albert, Scott, and his fighter friend, Billy (Lucien Laviscount), attempt to change their lives for the better by working the criminal underground with club hustler Lotti (Phoebe Dyveynor) and Chloe (Stephanie Leonidas), a very ambitious fence. The first season saw this group of young scammers who find themselves with a truck loaded with stolen gold bullion and soon become involved in the world of organized crime. What sets this series apart from the rest is the show's style, which does its best to emulate the signature style of filmmaker Guy Ritchie.

Similar to the film, there are plenty of diamond thieves, underground boxing matches, and, of course, those loveable “Pikeys” who you either love or hate. The film is a cult classic and currently sits as the 103rd best-rated film of all time on IMDb. If you are a fan of the original film, Guy Ritchie, or gangster flicks in general, this series needs to be on your watch list.

You can stream both seasons for free on Sony’s Crackle.