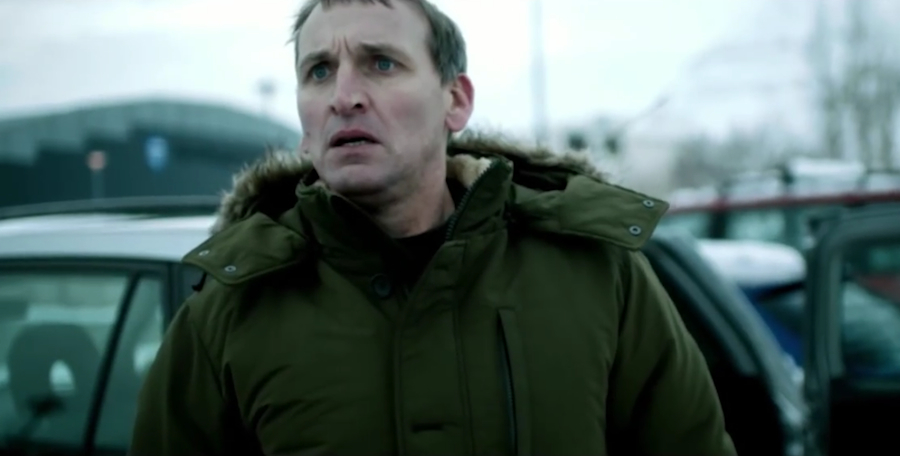 Networks are continually spewing out clichéd murder mystery shows every year. They either go one and done, or force us to get spoon-fed another trivial tale of deception once again. These constant disappointments are filled with regurgitated material and recycled plot lines. Just once, if you’re going to have a show about solving a murder, truly think outside the box. Well, as luck would have it, a breath of fresh air in this department was found taking place in the last place you’d expect. After days of machete-ing my way through the endless layers of TV shows and movies that occupy the vast wilderness of entertainment known as Amazon Prime, I found the next great binge session.

What if there was a place perched on the edge of the Arctic circle that claimed to guarantee its residents a quiet and peaceful life? A life lived under the glow of the Northern Lights where polar bears are the biggest concern when it comes to safety. But what if the darkness made its way into this quaint little-frozen paradise? When one prominent citizen is found brutally murdered, it sets off a chain of events that can only be described as nothing anyone has ever experienced in television. Ladies and gentleman, I welcome you to “Fortitude”:

The series that started on Sky Atlantic has made its way Stateside via the generous folks over at Amazon Prime. The streaming giant has been bringing in some quality content, and “Fortitude” is absolutely no exception. The show revolves around a slew of characters throughout the community, but the one it mainly seems to focus on is that of Sheriff Dan Henderson, played by Richard Dormer. “Game of Thrones" fans will recognize him as Beric Dondarrion, the one-eyed warrior with a flaming sword and a habit for coming back to life. Dormer is the star in this one, and he truly showcases his solid acting talents here. When the sheriff gets his first murder to solve, the past comes back to haunt him, and the closer he gets to the killer, the more insane the story gets.

The talent running around the streets of Fortitude doesn’t just stop with Dormer. “The Killing” actres Sofie Grabol, who plays the Governor of Fortitude, is also at the forefront of the series as she attempts to keep the city going while ensuring the safety of its citizens. She and Dan are aided in their investigations by the likes of Stanley Tucci and Dennis Quaid. The show also has appearances by Robert Sheehan, Michelle Fairley (who, again, “Game of Thrones" fans will also remember as Catelyn Stark), and Dumbledore himself, Michael Gambon. Sienna Guillory from the Resident Evil films is also part of the solid lineup of actors in the show's 26-episode run.

The show launched its third and final 4 episodes this past December, and will see the dark and twisted saga of “Fortitude” finally come to an end. Throughout the series, so many questions arose about the murder, the aftermath, the conspiracies surrounding everything, and how this madness all began. The slow-burn thriller picks up right away and quickly descends into a terrifying thrill ride where viewers will truly feel the fear and desolation that they would experience if they truly were in Fortitude. Amazon has definitely provided a new and chilling experience into its murder mystery genre section. “Fortitude” is not at all what it seems and will immediately get you hooked, so definitely make sure to clear your calendar for the necessary binge marathon this Prime Original deserves.

Fans can gear up for the final 4-part mini-series event by checking out the first 22 episodes of “Fortitude” on Amazon Prime.