Here’s How The MCU Can (And Should) Bring Back Aaron-Taylor Johnson’s Quicksilver! 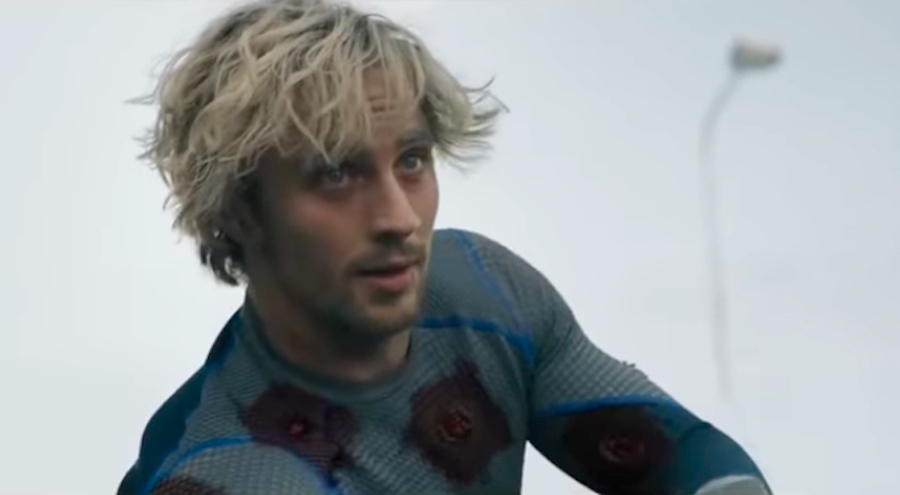 There has been…a lot of death in the Marvel Cinematic Universe.

Although that’s what happens when facing down psychopathic titans, right? Occupational hazard. Still, it doesn’t mean it hurts any less when a hero is struck down. Has anyone actually recovered from – SPOILERS – Tony Stark’s death?

If you’re emotionally strong enough to relive his final moments:

We love him 3000, and his sacrifice was, without a doubt, the most devastating death in the Infinity Saga.

For me, Quicksilver’s was a close second.

I will never not get chills hearing the subtle pride in his final words, and watching Wanda feel the death of her brother. The Maximoff twins deserved so much more.

But here’s the good news! With Marvel’s upcoming slate of series on Disney+, there’s not one but two ways for Quicksilver to return to the MCU. (For the purposes of this writing, I’ll be sticking to Aaron Taylor-Johnson’s portrayal, as he was the MCU’s canon Quicksilver).

There’s not much we know for sure about the plot of "WandaVision", other than the fact that it will be centered on Wanda and Vision. And that should give us hope right there -- Vision was also a casualty of Thanos’s reign of terror, and yet he’ll be there.

How exactly? That’s still unclear. Marvel’s Kevin Feige has confirmed that the series takes place after the events of Avengers: Endgame. But there’s plenty of theories out there, including one that suggests the series may play with time travel.

The more fun theory, courtesy of CBR, is that "WandaVision" will actually take place inside the Soul Stone. Yes, technically, after Iron Man’s sacrifice, the Infinity Stones are gone.

But, as the Ancient One teaches Banner in Endgame, the Stones are the core element in creating the flow of time. If even one were to be taken from its timeline, the consequences would be extensive. That’s why it was so essential to return the Stones after defeating Thanos.

To that extent, they succeed. Captain America does return the Stones to their original timelines – meaning they are eventually destroyed by Thanos once again. (I know, time travel is confusing, but bear with me.)

Yet, if the Stones are so essential to the fabric of time, it’s entirely possible that they might have ways of reconstructing themselves. Let’s not forget, Wanda herself received her powers from an Infinity Stone – perhaps she will have some kind of cosmic connection to the Soul Stone.

And if "WandaVision" does take place in the Soul World, it seems highly unlikely that the soul of Wanda’s lost brother wouldn’t be there.

If the show really is a sitcom, as it’s billed, it’d be a shame not to find a way to have Quicksilver be the fun uncle to Wanda’s kids, teaching them how to get away with using their powers to mess with Wanda and Vision.

That’s the complicated route of bringing Quicksilver back to the MCU. The easier way would be in the upcoming series “What If…?”

The show, set to premiere on Disney+ in 2021, will explore what would happen if major moments from the MCU occurred differently.

For example, the show will reimagine Agent Peggy Carter as the one who is injected with the super serum originally given to Steve Rogers, turning him into Captain America. Hayley Atwell is set to return to voice the character.

And she’s not the only one confirmed to appear in the series.Josh Brolin, Michael Rooker, andDjimon Hounsou are all set to return as Thanos, Yondu, and Korath, respectively. Friendly reminder, all three are dead.

So, what if Quicksilver never had to sacrifice himself for Hawkeye and the child he was saving? What if, during the battle of Sokovia, Ultron was defeated just a little bit faster? What if Quicksilver lived to become an Avenger alongside his sister?

The possibilities are endless, and if we’re lucky, Marvel will explore at least one of them.