HBO Developing Not One But FOUR "Game of Thrones" Spin-offs! 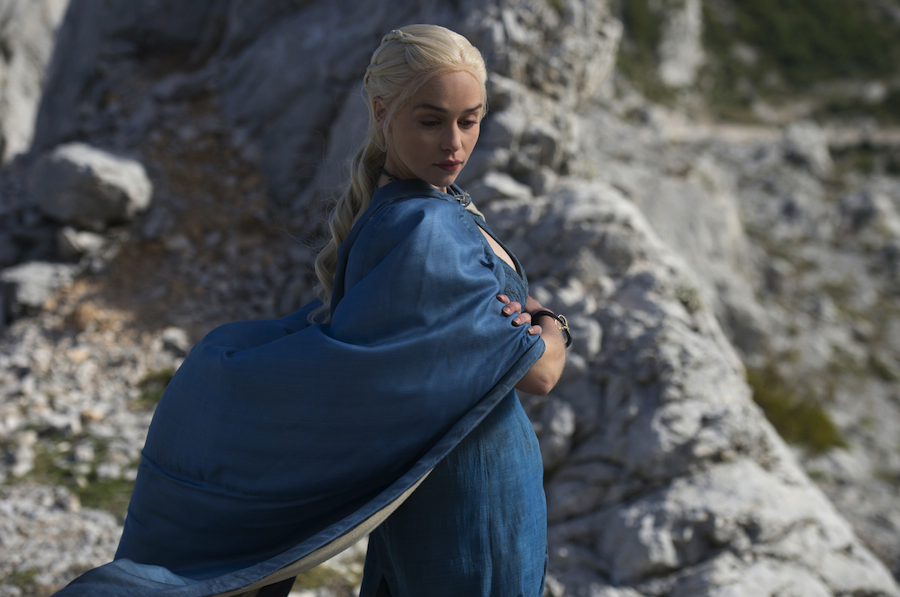 So there I was, indulging in some Star Wars Day festivities, when news from one of my other fandoms dropped into my lap!

HBO has announced that they are expanding the “Game of Thrones” universe to the outer limits, with four – yes, FOUR!!! – spin-off shows in the works!

Now, if you’ve read the entire expanded universe of George R.R. Martin’s A Song of Ice and Fire, as I have, then you know there is absolutely no shortage of material to work with, so four separate TV series is perfectly doable. But we (okay, I) still have questions!

1. Do we NEED four series? Look, I love ASOIAF more than most, but even I worry that four new shows is a bit overkill. As compelling as GRRM’s work is, most of the EU has to do with basically the same thing – the Targaryens. From Aegon’s Conquest and the Dance of the Dragons, to the Blackfyre Rebellions and Robert’s Rebellion, they all revolve around those wacky Targs. I think maybe ONE spinoff series giving more background info on Daenerys Stormborn’s long-lost family would be plenty, thanks.

2. How involved will GRRM really be? According to sources, Martin will not only serve as executive producer on these shows, but he’ll also be co-writing two of them. Now, before you start screaming “HE SHOULD BE FINISHING THE BOOKS!!!”, it’s important to bear two things in mind: (a) We really don’t know at this point how much of the writing he will be responsible for. It could very well be similar to the arrangement he had on GoT where he just wrote one or two episodes a season. Or he could simply be there on-hand to fill in the blanks where there isn’t a whole lot of actual source material to pull from. And (b) we don’t know the details of the contract he originally signed with HBO back in the day. We do know that HBO owns the rights to ALL ASOIAF-related properties, and it’s highly probably that these spin-offs could be a contractual obligation that Martin is legally-bound to fulfill. Either way, I, for one, welcome as much of GRRM’s involvement as possible. Which brings me to…

3. How involved will the GoT showrunners be? I mean, even the staunchest show-only fan has to admit, if only quietly to themselves for fear of social ostracization, that GoT just has not been the same the last couple seasons, ever since Martin stopped writing for the show and the showrunners diverged dramatically from the source material. The showrunners have plainly admitted that their goal was to get to the Red Wedding, and anything after that has apparently been fair game. Even prior to the RW, several dubious changes plagued the show. And, sure, changes are fine (and often necessary) as long as they both fit with the spirit of the story the original author was trying to tell and there’s some satisfactory payoff. That hasn’t always been the case, though, and I would hate to see the same fate befall one or more of these spin-off series. The GoT showrunners will NOT be writing for the new shows, however they too will share executive producer status with GRRM. That could mean any number of things, and it really all depends on how hands-on they choose to be. If they decide they want to have final call, that’s their prerogative, but they could just as easily take a step back and allow the new writers to do their thing. I vote for the latter, personally…

And speaking of new writers, the folks that have been hired to take on the task of penning these new shows definitely look promising! For starters, the new crop includes TWO female writers (a perspective GoT has been sorely lacking), namely Carly Wray (“Mad Men”) and Jane Goldman (X-Men,Kingsman, Kick-Ass). Both these ladies are the lucky ones sharing writing credit with GRRM. The other two writers include Max Borenstein (Godzilla,Kong: Skull Island) and Brian Helgeland(Mystic River, A Knight’s Tale). All these people bring something different and exciting to the table, from intense character studies and action-heavy tales to period dramas and properties with similar extended universes as ASOIAF.

One thing is for certain: I desperately hope they’ve actually read the source material their respective shows are based on and have a firm understanding of it!