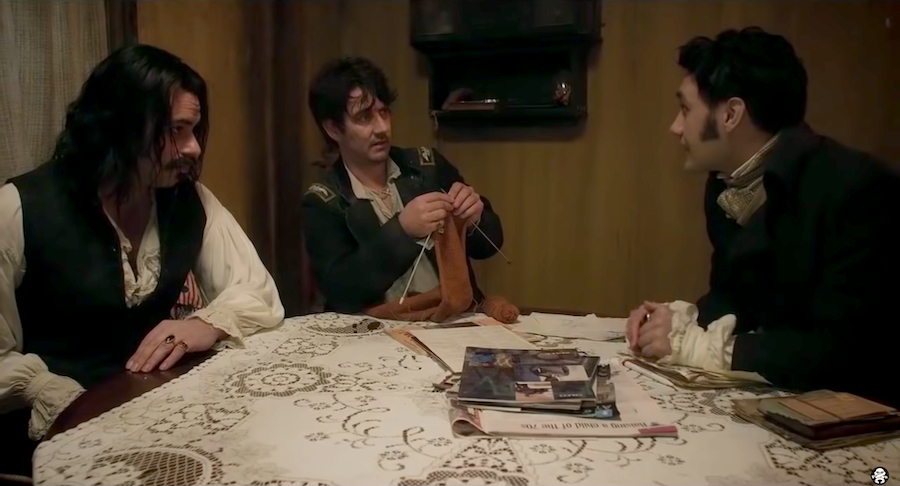 Thor: Love and Thunder came out July 8th and has been raking it in at the Box Office. The mastermind behind this movie is none other than Taika Waititi. While his films have only recently exploded in truly mainstream fashion, he’s been a filmmaker for quite some time now. Here are some of the best films he’s made over his career!

If you enjoy the Emmy-nominated FX series "What We Do in the Shadows" (also executive produced by Waititi), you'll love the original hilarious mockumentary-style masterpiece. It follows the day-to-day lives of 4 vampires living in a flat together as they navigate bringing aboard a new roomie and sorting out a conflict with neighboring werewolves. Rarely is a script for a comedy this robust or written this well. It utilizes all different kinds of humor, sometimes all at once. From the amazingly constructed visual gags to the verbal wittiness to the hysterical acting, the movie itself becomes one of the greatest parodies of its time. This should be seen by anyone who likes to watch or wants to write something funny.

The story is about a manhunt for a grumpy old man, Hector, and his newly adopted foster child, Ricky, after they experience a sudden tragedy. While this movie isn’t without towering comedic performances that bring everything else to wonderful life, it’s also a bit more sincere than the first movie on the list. There are high stakes for Ricky to escape the pursuant Child Foster Care System, and Hector is trying hard to protect him and their relationship. At the end of the day, it has some heartwarming things to say about found family and finding a way to move on from grief. It also has an impromptu birthday song near the beginning that will be stuck in your head for weeks.

This movie won Taika the Oscar for Best Adapted Screenplay. It explores a Hitler Youth boy’s budding consciousness that’s spurred by discovering a Jewish girl hiding in his family’s attic. The way the story handles the Holocaust is somewhat controversial: Hitler (played by Waititi himself, who claims Jewish ancestry on his mother's side) makes a comedic appearance as the boy's imaginary friend, and this bit won’t vibe with everyone’s tastes. Still, it’s an interesting look into how one might reconcile their learned prejudices with how people actually exist. The fact that Taika Waititi was able to balance genuine laughs and one of the darkest moments of that century as well as he did is impressive by itself.

This film is deeply underappreciated. It centers around brothers Boy and Rocky, both desperate to move to the city with their recently-present dad to become rich. While it starts out more lighthearted, it quickly descends into darker territory as the boys start to realize their Dad’s true motivations. This story ends up tackling deep subjects ranging from bulling and social isolation to what it’s truly like having abusive and distant parents.

Taking place directly after the events of Spider-Man: Homecoming, Thor: Ragnarok finds it’s titular hero teaming up with his brother Loki to stop the apocalypse (“Ragnarok”) that will be started by their soon-to-be-free sister Hela. This movie is often considered one of Marvel’s funniest, and for good reason: Taika was allowed to bring his signature sense of humor to the story. While it’s present everywhere, it especially shines through in Thor and Loki’s sibling rivalry and some of the sillier side characters. The childish bickering between the two brothers is relatable, and informs most of the film’s general vibe of lightheartedness.

Taika Waititi has only recently started getting the recognition he deserves. With the film and TV resume he has now, and with a Star Wars project currently in the works, he should be able to make quality entertainment for a long time.