Get Ready to Go to 'Night School' with Kevin Hart and Tiffany Haddish! 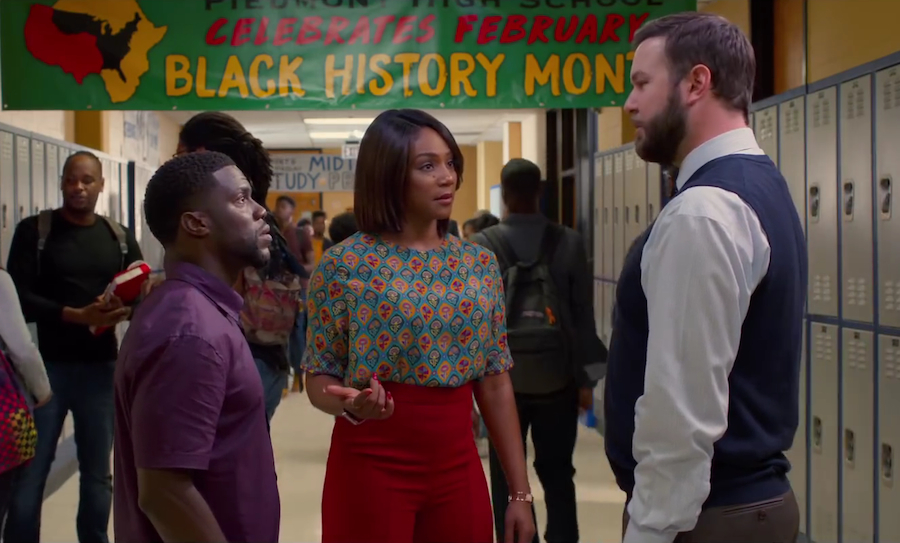 Teddy (Kevin Hart) has it all -- the beautiful girl, the convertible, and a job as a barbeque grill salesman where he has been the Employee of the Month several times in a row. What else could he need? Well, in Night School, Teddy realizes that, in order to get a higher paying job as a stockbroker, he needs to return to school to get his GED.

Finishing up high school will not be as easy as it seems when Teddy enters a night school with a group of misfits and a strict teacher, Carrie (Tiffany Haddish). Carrie is not just there to help her students succeed, but got the job to help her own financial struggles. Teddy, Carrie, and the rest of the class will make getting a GED more funny and entertaining that you could have imagined!

Get a peek at this upcoming Universal comedy in the first trailer of the film here:

Helmed by Girls Trip director, Malcolm D. Lee, this film will follow Teddy’s journey as he struggles with studying and trying to get the job of his dreams. The combination of Kevin and Tiffany, two of the biggest names in comedy right now, is for sure to have us laughing throughout the movie. We are very excited to see the chemistry between the two!

From the trailer, we can see Teddy will blow up his store in the middle of a marriage proposal, argue with Carrie about the material he has been assigned to read, and even get a job where he has to dress as a chicken!

We cannot wait to see this movie and witness Teddy’s return to Piedmont High! Night School is set to commence on September 28!