First Look at Joaquin Phoenix's Unsettling Take on the 'Joker'! 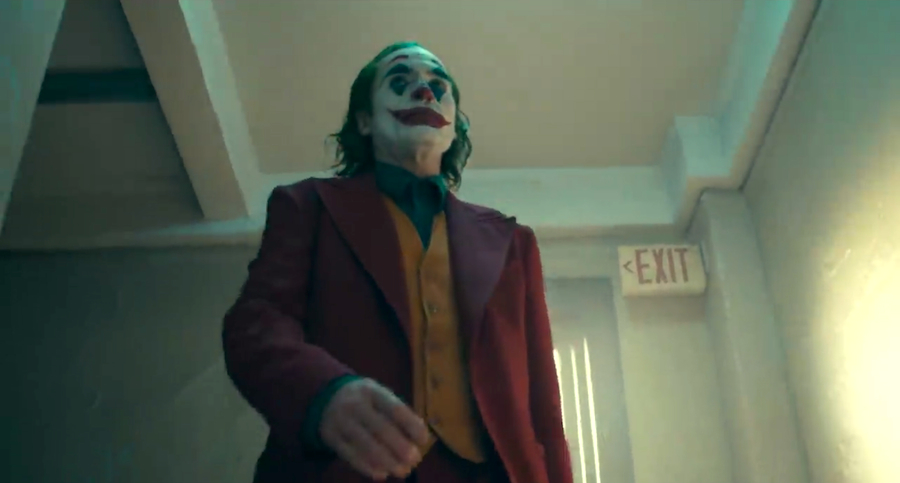 The role of The Joker – Batman’s iconic arch-enemy – in film and television has been a plum one for decades, attracting A-list talent who have made the character their own and left an indelible stamp on it. Cesar Romero’s Joker was campy and debonair in the 1960s TV series. Jack Nicholson’s Joker was a mobster-like criminal mastermind in 1989’s Batman. Mark Hamill’s Joker was unhinged and creepy in the Batman/Justice League cartoons. Heath Ledger’s Joker was menacing and sadistic in 2008’s The Dark Knight (and he won an Oscar for it). Jared Leto’s Joker was a stylized punk-rock delinquent in Suicide Squad. And now, Joaquin Phoenix has his own take on the character… and it’s possibly the most disturbing one yet.

Yikes! If you didn’t feel your skin crawl while watching that trailer… well, maybe you should pay a visit to the Arkham State Hospital yourself.

DC’s newest offering to the Joker mythos is an origin story of a clearly mentally unstable man named Arthur Fleck whose only desire in life is to make people laugh. To that end, he dresses up as a clown and does odd jobs, but mostly he is pestered and bullied. Eventually the harassment gets to be too much… It appears that he ends up checking himself into Arkham but then something goes horribly wrong. By the end of the trailer, he is beyond help and has slipped back into his clown makeup and signature purple suit to wreak chaos in Gotham City.

It’s a version of the Joker that will be hard to watch – like, just those shots of him shirtless alone made me squeamish. Did Joaquin dislocate his own shoulders for the role or something?? #Dedication

Of course, the big question on everyone’s mind is, will this movie give us a glimpse of the Caped Crusader himself? It’s hard to say, but we do know that Batman’s dad and his trusty butler Alfred will appear in the film, so surely at least Bruce Wayne won’t be too far behind, no?

We will have to wait and see when Joker hits theatres on October 4!