Final Goodbyes: 14 Popular TV Shows Ending in the Next Year 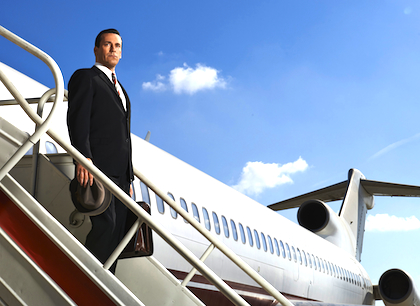 Television can be quite an unpredictable business. One day, you gather with friends to watch your favorite television show, and then all of a sudden… BAM! It's been pulled off the air with almost no warning! Well, if you are a fan of “Wilfred” and/ or “True Blood”, sudden cancelation is not something you have to fear. By now, you already know that, after four seasons of “Wilfred” and seven seasons of “True Blood”, the hard-working people behind the shows have decided to call it quits and let you know ahead of time so that you can properly prepare yourselves and get closure. By this time next year, though, “Wilfred” and “True Blood” won’t be the only shows giving you a final season.

In a little less than a year, AMC favorite, “Mad Men” will be ending its run after seven seasons. Much like another AMC favorite, “Breaking Bad”, “Mad Men” has already begun its seventh season by airing the first half this past spring, and the second half due next year. There’s yet another AMC show that will be ending its run in just a few weeks, but you won’t see it on AMC. The recently canceled cult favorite “The Killing” has found new life on Netflix and will be airing its fourth and final season on August 1 in order to give it a proper and satisfying ending. Speaking of shows finding new life outside of their original network, a completely different cult favorite, “Community”, was recently canceled by NBC. But fear not, “Community” fans, because Yahoo! has picked up the underdog comedy show for its sixth and final season. Another show that was revived after cancelation, but not for just a single season on the internet, is “Cougar Town”. The former ABC Courteney Cox comedy, now airing on TBS, is gearing up for its sixth and final season next winter.

Boy oh boy, does all that get quite confusing! So many shows splitting seasons in half and getting revived for another season on the internet, but there are some shows that will take their final bows on the original networks on which they have always aired. HBO in particular will be thinning out their line up in the next year -- It has been announced that the Prohibition-era gangster drama “Boardwalk Empire” will be ending its upcoming fifth season, and the “The Newsroom” will be ending after three seasons. FX is ending their Western drama “Justified” (FX Networks CEO John Landgraf’s favorite show) after a six-season run, as well as their seven season-long biker drama epic, “Sons of Anarchy”. NBC may have canceled “Community”, but they're letting critical darling “Parks and Rec” end after seven seasons and the family drama “Parenthood” after six seasons. Finally, CBS will be saying goodbye to their long-running Chuck Lorre comedy “Two and a Half Men” after an impressive twelve seasons on the air.

Woo! That’s a lot of television ending within the next year. Who knows what will be filling in their slots on the horizon, but if these great, long-running shows are any evidence, I think it’s safe to say we’re in for some more epic shows in the near future!