Everything You Need To Know To Be Ready For "The Bold Type" Summer Premiere! 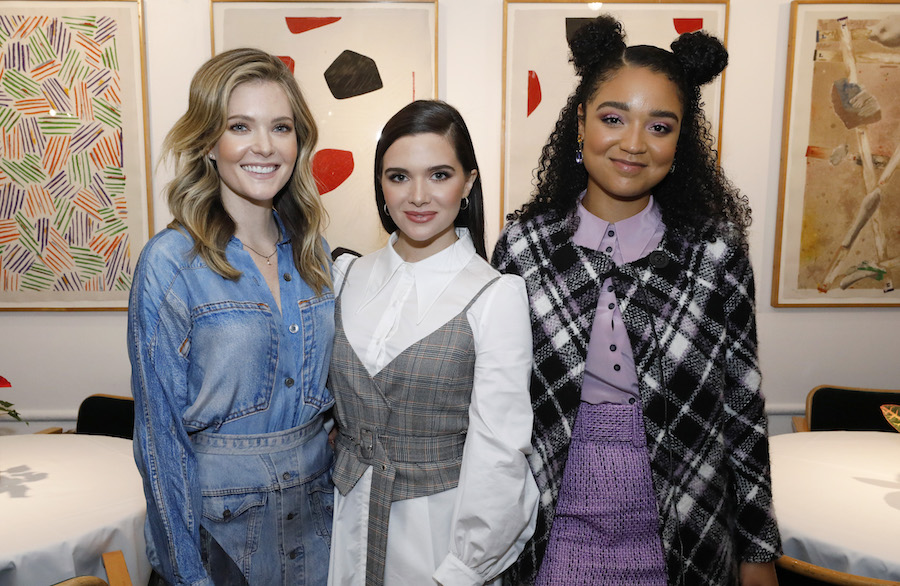 The first half of “The Bold Type” Season 4 was quite the ride, and we are certainly not prepared for what’s to come! As teased in the Season 4 trailer, the iconic trio will be going through more life & career-changing moments (and they do so fashionably!).

Need a quick recap to the first-half to get ready for tonight's premiere? Young Hollywood's gotchoo! Here are some highlights from the first half of the season!

Kat got terminated at Scarlet Magazine.

After Kat (Aisha Dee) and Adena (Nikohl Boosheri) discovered RJ’s support of Senator Jackson of Alabama (a politician that supports conversion therapy), they confronted him about it. The confrontation led to Kat publishing RJ’s tax returns, exposing the donations he had made. All leading to Kat’s termination at Scarlet.

From becomingScarlet’s first black social media director to running for City Council, we have no doubt that she’ll get herself back into the game in no time!

Jane and Pinstripe are no more.

Their relationship had been rocky ever since Ryan (Dan Jeannotte) returned from his book tour. Back in Season 3, Jane (Katie Stevens) learned that Ryan had kissed a stranger during his tour. After he confessed to doing more, Jane made the decision to end the relationship.

Sutton and Richard got married!

On the second episode of the season, Richard (Samuel Page) proposed to Sutton (Meghann Fahy)! The couple soon attempted a long-distance relationship after Richard got a job and moved to San Francisco. After having personal troubles, Sutton suggested an early wedding and starting a new life together in California.

The happy couple got married during the mid-season finale. Better yet, they had Oliver (Stephen Conrad Moore) officiate the wedding!

Adena returned to Scarlet when offered a photographer position. Although things were quite rough between Adena and Kat, they made an effort to reduce the tension at work.

Sutton got the promotion of her dreams.

This season has brought rapid changes to Sutton’s life, yet little did she expect the promotion she had dreamt of! In the mid-season finale, Sutton gave her 2-week’s notice to Oliver as she prepared to move to San Francisco. Oliver respected her decision until he realized he didn’t give her the chance to accept or deny the offer. But no need to worry, Sutton will stay in NYC to launch her career as a stylist at Scarlet!

After breaking up with Tia, Kat decided to take time to focus on herself. Early in the season, we saw Kat searching for something casual as she wasn’t ready to start a new relationship. After hooking up with Cody the bartender, she came to terms with her sexuality, coming out as bisexual to her best friends!

Jane gets her double mastectomy.

After doing her Forbes "30 Under 30" interview, Jane made the decision to get a double mastectomy. As her surgery approached, she had to confirm her emergency contact. Jane was initially going to choose ex-boyfriend Ryan, but what better choice than her loving and supporting ladies?!

“The Bold Type” Season 4B premieres TONIGHT (June 11) on Freeform at 10pm/9c and is available for streaming the next day on Hulu!