Everything We Know About The "Breaking Bad" Movie (So Far)! 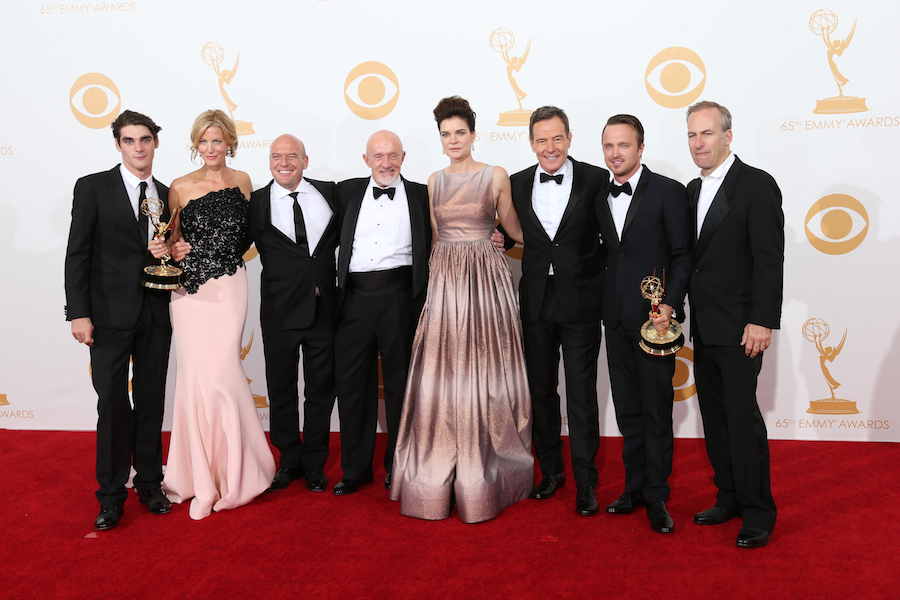 For all you “Breaking Bad” fans that were looking for more after the show came to a close back in 2013, REJOICE. Rumor has it that show creator Vince Gilligan is currently working on creating a 2-hour “Breaking Bad” film.

While we’re super excited to get more of a fave series, some of the details are still veeeery unclear. As of right now, it’s said that Gilligan will be writing the script, and he will also potentially executive produce and direct, but it’s unknown as of right now if the film will be made for TV or for theaters.

We also don’t have word yet on when specifically the film will take place, but word has it that the story will likely be placed after the events of the show’s last season.

Another lingering question is, how involved will the show’s original stars, such as Bryan Cranston or Aaron Paul, be? It’s looking like we’ll see a good amount of Paul, as sources say the film will follow Jesse’s life immediately after the show’s explosive finale. And Cranston has said recently that Gilligan has reached out to him about the project, and he'd be interested in being part of it, but he doesn't know if Walter White, the character he made famous, would be included in the film. Hmmm. Well, let’s hope that Gilligan has written Cranston into this story SOMEHOW, because we’d love to see him back as his iconic character of Walter White. Flashbacks, perhaps?

So here are some more things we DO know about this film -- What we DO know is that, apparently, the film will be set in the existing “Breaking Bad” franchise, so it doesn’t sound like it’ll be a spinoff type of movie.

Executive producers Mark Johnson and Melissa Bernstein of both the original series and prequel series “Better Call Saul” are also said to be attached to the project.

The only info we have on the plot is this: it’s said that the film will follow a kidnapped man (rumored to be Jesse Pinkman himself) who has escaped and is on a quest for freedom.

As of right now, production for the film is expected to begin in New Mexico this month and wrap in February 2019. The New Mexico Film Office has confirmed that a project titled Greenbrier is all set to shoot in the region. So, is that our film's official title? Maybe a working title for now until they work on it more? Who knows… But, for now, we’re just super excited to see more of this story come to life in the near future!