Everything to Look Forward to in 'X-Men: Apocalypse'! 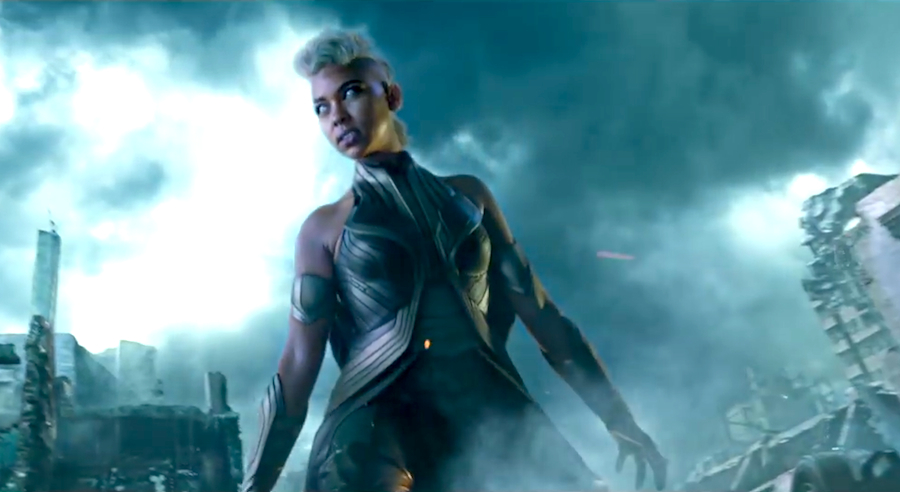 One of the hottest films of the summer, X-Men: Apocalypse, is about to be released, featuring a whole slew of new X-Men, takes place in a new decade, and has one seemingly unstoppable villain.

To help get you ready for the film, here’s a breakdown of the plot, setting, and characters in X-Men: Apocalypse!

Get ready for another time jump -- X-Men: Apocalypse takes place in the year 1983. Director Bryan Singer and producer Simon Kinberg both grew up in the '80s, so they had quite a bit of fun with the '80s aesthetic and music. Expect at least one fun '80s dance number!

X-Men: Apocalypse is centered around the villainous (and aptly-named) Apocalypse (Oscar Isaac). Worshipped as a God, Apocalypse is the most powerful mutant of the X-Men. He is immortal and invincible. Thousands of years later, Apocalypse awakes and decides to recruit a team of powerful mutants, including Magneto (Michael Fassbender), who together plan to take over the world. It’s up to Mystique (Jennifer Lawrence) and Professor X (James McAvoy) to join all the X-Men together to take down Apocalypse, his evil four horsemen, and restore power within the universe!

Get ready for one cruel baddie: Apocalypse may be the nastiest of the X-Men villains. Apocalypse has been around since Ancient Egypt (he can move the Great Pyramids!) and literally has God-like power, including flight, superhuman strength, invincibility, teleportation, and telekinesis, plus he has four nasty horsemen with him (as seen above). Star Wars favorite Oscar Isaac will take on Apocalypse, so he has now played a hero and a villain in two blockbuster films. All hail the next superhero king!

Of course the main cast is returning, but there are a few more coming back. Expect Quicksilver (Evan Peters) to zoom by, and Lucas Till will return as Havoc. And it wouldn’t be X-Men without everyone’s favorite sexy Australian, Hugh Jackman! While it hasn’t been officially confirmed that Wolverine is returning, Singer strongly hinted it at at last year’s Comic Con.

The veteran X-Men are about to be joined by some oldies in younger form: Sophie Turner (of “Game of Thrones" fame) will be portraying the young Jean Grey, while Alexandra Shipp and Tye Sheridan will take on the younger versions of Storm and Cyclops. It will be refreshing to see these three return to the X-men-verse, as the last two movies have felt rather lacking without them. We’re also getting a few new X-Men in the form of Jubilee (newcomer Lana Condor), who has the power to generate pyrotechnic plasma orbs from her hands (I don’t know about you, but that may be the coolest X-Men power I have ever heard). We will also meet a young Nightcrawler, played by Kodi Smit-McPhee, who will rejoin the franchise after a rather long hiatus (the last time he made an appearance in an X-Men movie was in X2: X-Men United).

That’s not the end of the new X-Men. We will also meet Angel (Ben Hardy), who in the comics is recruited by Apocalypse and becomes one of the villain’s four horsemen.

Last but certain not least, Olivia Munn will portray Elizabeth “Betsy” Braddock, aka Psylocke, a skilled martial artist with the power of telekinesis. This will be the first time Psylocke will appear in a major role in an X-Men movie (she popped up all-too briefly in X-Men: The Last Stand).

Will you be checking out X-Men: Apocalypse in theaters this weekend?

In the meantime, be sure to catch our YH Studio interview with Storm, Cyclops, Jubilee, and Quicksilver themselves!