5 Words to Describe Young Hollywood’s New Show "On The Go", and Why You Should Watch It! 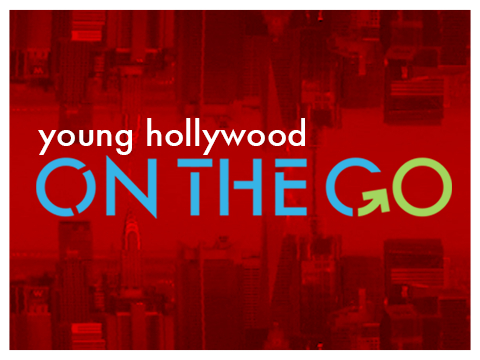 If you like getting exclusive behind-the-scenes looks at festivals, interviews, and events, then we have just the show for you. For years, Young Hollywood has covered festivals like South By Southwest and artists from Shaun Mendes to Ziggy Marley. With exciting things like this happening constantly at Young Hollywood, it’s interesting to get a look at what happens in between the big moments that we usually see on screen. "On the Go" follows the Young Hollywood team and their adventures covering “the greatest events in the world and all the cool shit that happens at them”. Here are five words that describe the new show and why you should tune in!

I don’t know about you, but when I watch an unscripted program, I want it to be just that. So many times I sit down and watch a show and I can completely tell that it’s been set up or forced. You don’t get this from "On the Go"! A writer could not make up a scene about, say,Yo Gotti arriving with a squad of 30 people only to have them eat all of his food before him. Candid moments like this one, and everyone’s reaction to it, are part of what make it enjoyable!

With "On the Go", you really get a look into not only the people being interviewed, but also the hosts. I get major second-hand embarrassment when I’m watching an interview and the host is uncomfortable and not relatable. "On the Go" eliminates the awkwardness and you get a look at the hosts and artists as real people.

You can never predict what will happen in life in general, and especially in show business. It’s cool to get a look at how quickly things work in show business and to catch the importance of flexibility in the workplace. In the beginning of an episode, "On the Go" teases a snippet of something that happens later on, and you get to watch the events unwravel leading up to that moment. Who could have guessed that Tony would have beef with Little Dicky?

I think it’s impossible to get through this without a smile on your face, and that’s all that needs to be said. Whether it’s laughingwith or at the boys, "On the Go" is fun to partake in.

Where else can you find Travis Mills recounting a crazy night at South by Southwest in a pedicab? Or see K Campschool you on how to eat ribs? Only on "On the Go" do you really get a first-hand look into what all of this is like.

So, what happens when you mix Travis Mills, A$AP Rocky,Big Sean, and a chicken sandwich? I guess you’ll have to tune in to find out!

You can catch "On the Go" here!