End of an Era: 'Interview' Magazine Paved The Way For Pop Culture Journalism As We Know It 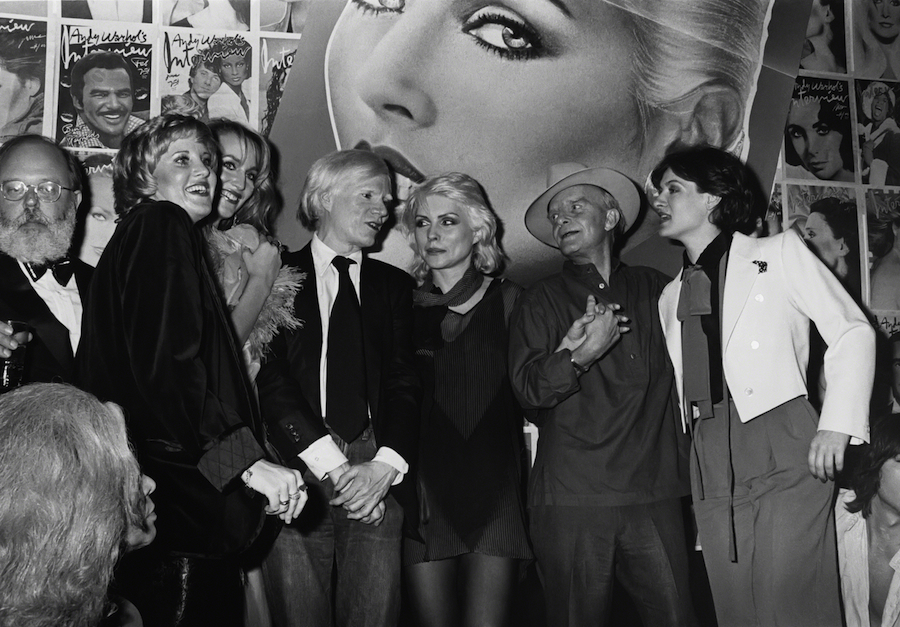 Just shy of its 50th anniversary, Interview Magazine, the 1969 brain child and creation of British journalist John Wilcock and pop art icon Andy Warhol, has abruptly announced it’s folding. Former staffers of the web/print publication broke the news via Twitter after they were called to an all-hands meeting informing them that the company had filed for Chapter 7 bankruptcy.

The magazine, nicknamed the “Crystal Ball of Pop”, pioneered the interview and style format many publications still embody. During a time when most interviews were hours long and recorded, only to be heavily edited down, Warhol’s magazine featured intimate, unedited interviews with celebrities, artists, musicians, and creative thinkers. It gave serious attention to the LGBT community and paved the way for future publications to follow a similar format. After Warhol’s death in 1987 (it’s been said a publication of the magazine was placed in his grave with him!), Interview was taken over by Brant Publications with Ingrid Sischy, a good friend of Warhol’s, at the helm. In 2008, the magazine relaunched under Fabien Baron and Glenn O'Brien after a handful of stagnant years.

Interview created such fantastic cover designs and controversial photoshoots remembered by all, such as dressing Kim Kardashian as Jackie Kennedy, and placing Kylie Jenner in a wheelchair as a fashion statement. It pioneered the celebrity question-and-answer format, known today as "Q-and-Andy", a list of 15 questions devised by Warhol that celebrity contributors would fill out. Recent celebrities have included Spike Lee, Mel Brooks, and Kathy Bates, to name a few. The magazine furthered their interview format into a celebrities-interviewing-celebrities series, with Seth Rogan and 21 Savage conversing and Elton John with Eminem bonding over their favorite rappers.

In the wake of the news spreading, a handful of celebrities, fashion insiders, and supermodels took to social media to mourn the folding of the publication, sharing their favorite shoots and sentimental stories of their experiences.

The supermodel posted 3 covers she graced for the magazine, and spoke highly of the photographers she got to work with. Campbell worked as both a model for the publication and as a contributing editor for InterviewRussia and InterviewGermany.

As an avid reader of the magazine, Marc Jacobs took to Instagram to recall buying his first issue in 1978. 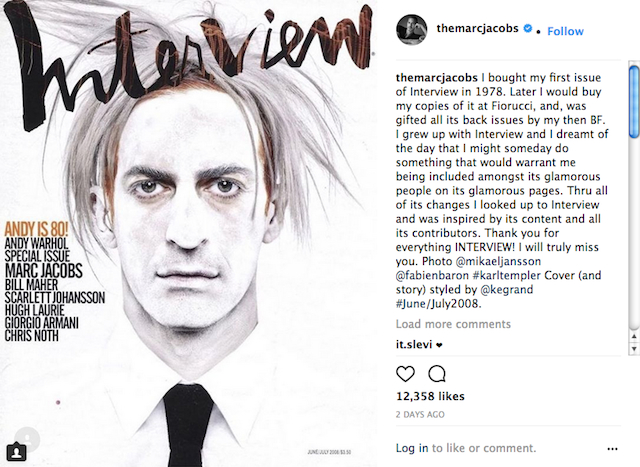 Model Karlie Kloss expressed her fond memories of a shoot following her 21st birthday, describing the magazine’s influence as “an indelible mark on the fashion industry.” 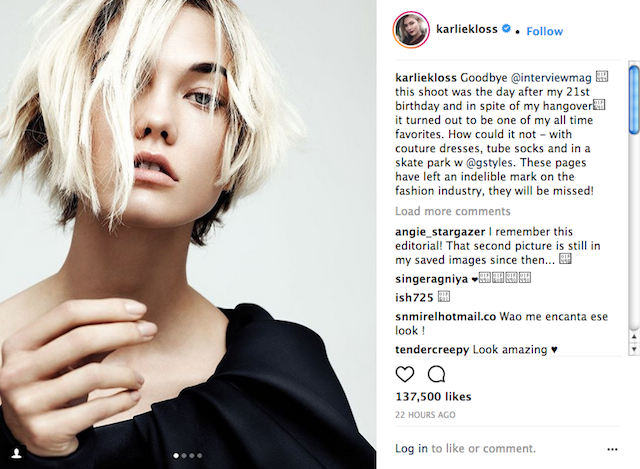 The actress posted her 2004 cover of Interview, and praised the magazine as a “groundbreaker”. 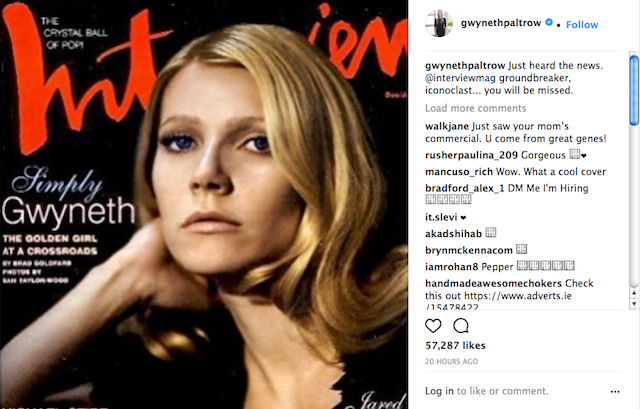 While it truly is the end of an era and a disappointment to see yet another influential publication burn out, here’s hoping for the next generation of forward-thinkers to create work with the same fight for authenticity, originality, and uninhibited ideas.