Elmo Versus Rocco: The Feud That Has Taken Over The Internet! 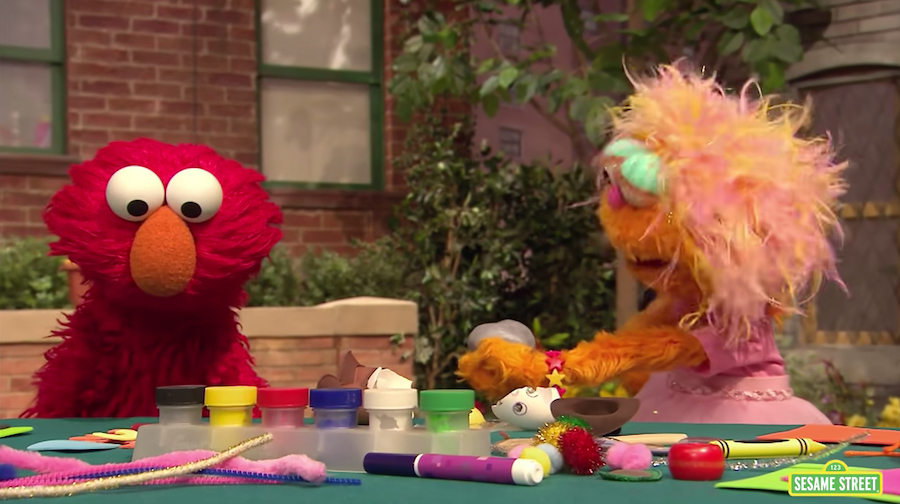 Everybody knows Elmo. The furry, red creature from "Sesame Street" has been an omnipresent part of our childhood since he first stepped onto the screen in 1984. While he is mostly known for spreading joy and kindness to children on PBS, recently he’s found a new audience… as a Twitter icon!

Why is Elmo the new relatable viral sensation, you ask? Well, it turns out that, just like the rest of us, Elmo is sometimes hanging on by, like, one singular thread.

Elmo gets fed up just as much as the rest of us. And just like normal, non-puppet people, these moments of frustration can sometimes lead to full-blown feuds. Recently, what has really gotten Elmo unhinged is his puppet co-star Zoe’s pet rock. Known confusingly as Rocco, the inanimate object has been on Elmo’s bad side since 1994, when he was first introduced. Rocco seemingly gets everything before Elmo — from the swingsets to reciting the alphabet with friends. While Elmo has always retained a rocky (har har) relationship with Rocco, it eventually came to a head.

@ma.ndi The sadness disbelief at the fact that he’s saying hi to a Rock. #fyp#elmo#rocco#YerAWizard#FritoLayRickRoll♬ Hello rocco... - Mandi

In a scene posted on TikTok, Elmo is eating cookies with Zoe when he is told that he can’t eat one because Rocco has to have one. And just like when all of us deal with that one person in our lives that we simply just can’t with, Elmo has had ENOUGH.

there are tears in my eyes y’all my stomach hurting pic.twitter.com/bbkF9yDZLf

In a classic blow-up moment, Elmo goes in on Rocco, telling his owner Zoe that Rocco simply isn’t alive. Which means Elmo deserves the oatmeal raisin cookie because Rocco can’t eat it! The interaction is a lesson that is meant to show children what it means to share — so why is it resonating so well with the adult Twitter population?

That rock did something to Elmo and imma find out what happened.

Maybe we’ve regressed after spending the past few years inside. Or maybe we can relate with the range of sassiness that Elmo brings to the table, especially if we have to deal with similar frustrations in our lives (but are unable to express our feelings about them like Elmo can). Whatever it is, the puppet has become a source of hilarity for everyone — to the point where Elmo himself has noticed the trend.

Has anybody ever seen a rock eat a cookie? Elmo is just curious.

Although Elmo’s feud with Rocco is currently at a standstill, the internet has found other fits of furry red frustration that Elmo has gone through, including with real people, like "The Tonight Show"’s Jimmy Fallon. After Jimmy called Elmo out on missing his cue during the show, Elmo told him he would NOT be allowed back on "Sesame Street" (but his band, The Roots, were welcome to come along).

If you crave more sassy Elmo moments, there are so many to look for — from Elmo throwing a whole block of cheese during a cooking show to more shady Rocco interactions. Luckily, @Live.Pearsall, a TikTok account run by Live Pearsall, has collected all of the craziest Elmo moments for users to laugh at.