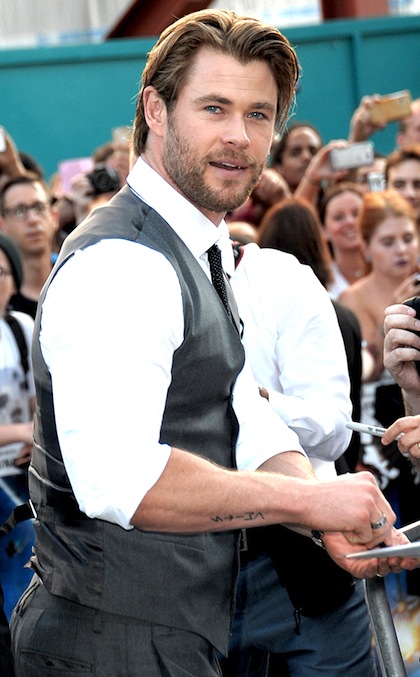 If you’re a fan of the immortal blood-sucking creatures of the night, then sink your teeth into this news: Anne Rice’s entire series of the Vampire Chronicles was recently acquired by Film Studios Universal and Imagine Entertainment, and the studios have decided to adapt all the books into a full-fledged film franchise. This also includes the rights to any future books. There are currently 11 books in the series, so that’s a lot of movies (Rice has written a number of other novels, but there are no current plans to turn those into films).

The series itself follows the seductive and sexy Lestat de Lioncourt, an 18th century nobleman-turned-vampire who makes Edward Cullen look like Quasimodo. Lestat was famously brought to life by Tom Cruise in the 1994 film adaptation of Interview with a Vampire, and he did the role justice. However, Rice doesn’t care to bring Cruise back as Lestat -- she’s got her eye on a new piece of man meat to play the amoral vampire. Rice recently voiced interest in having none other than Thor himself, Chris Hemsworth, play Lestat. She noted on her Facebook page that Hemsworth has “Lestat’s square face, cheerful eyes, and voice.” Oh my, Ms. Rice. I have to agree with you that Hemsworth would make a fantastic Lestat. He’s got the right smolder for it. And let’s just go ahead and not have him wear a shirt through all 11 movies. Rice also added that “Arrow” star Stephen Amell and “Hell on Wheels” actor Anson Mount would also make sexy vampires. You have to hand it to Rice, she’s got great taste in the hunky men!

Are you excited to see the new film adaptations of Rice’s novels?