Camila Cabello Does Not Disappoint With Debut Solo Single "Crying In The Club"! 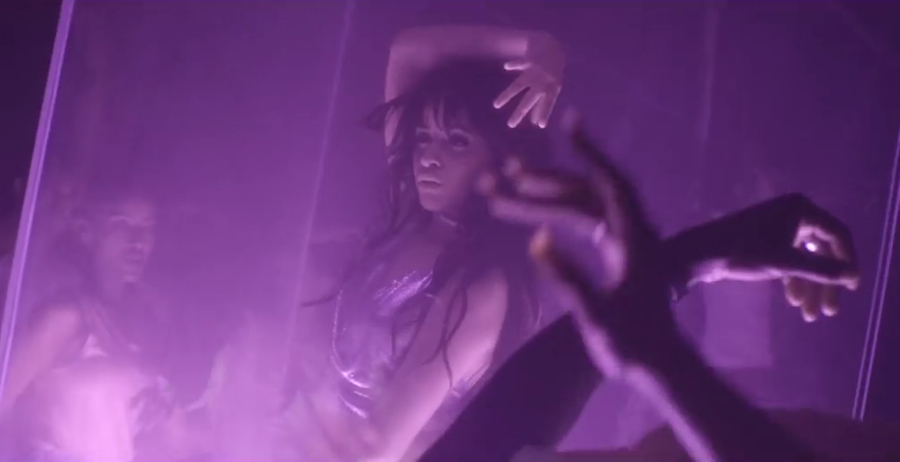 Camila Cabello is launching her solo career and she is off to a great start! She recently officially released her first single that fans have been dying to hear. She even dropped the music video on the same day, and fans have been going absolutely crazy. The song (co-written by the amazing Sia) is called “Crying in the Club” and it sure does make you want to dance, but the music video started off with a little twist that not too many people were expecting...

Camila released a snippet of another new song called “I Have Questions” at the beginning of her “Crying in the Club” music video, and let me tell you, it got pretty emotional. Within the first 30 seconds of the video, a tear runs down Camila’s cheek as she sings the lyrics “I feel doomed in hotel rooms.” A few seconds later, Camila is seen in the bathtub sinking herself under the water and looking pretty emotional for the camera.

Then suddenly the music video takes a turn and starts to show flashing lights as Camila comes out of her emotional state, and it cuts into a scene at the club. “I Have Questions” fades into “Crying in the Club” and this is when it definitely starts to make me want to dance. The song has a great vibe to it that will make anyone want to get up and move, and you definitely will NOT be crying in the club after you hear it!

The music video shows dancing people surrounding Camila as she lets go of the emotional state that she was in at the beginning of the music video while cutting back to her in the bathtub. We then see her dancing in a glass box in the middle of the club, which ends up shattering at the end of the clip and cuts to a scene where Camila is looking up at the light that is shining through the ceiling.

Camila killed it with this video, showing how emotional she was whenever she was hurt and then how she overcame it to shatter that glass box of emotions she'd been caged in. This video is very empowering and should inspire anyone who is going through a hard time to shatter their own glass box. Anytime that I am feeling down, I will definitely crank up this song as a little pick-me-up and dance around my room!

Definitely check out this video, and there will be no more crying in the club!

Camila's debut solo album The Hurting. The Healing. The Loving. will be released this September!