Bug Bunny Hitting the Court Once More for 'Space Jam 2'! 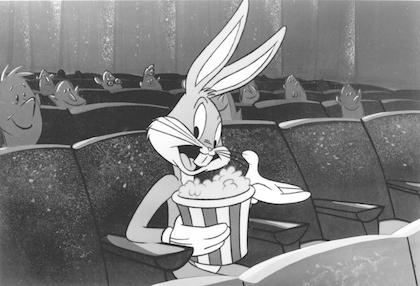 If you were a child of the '90s, then you probably watched the Looney Tunes/Michael Jordan crossover camp fest, Space Jam. If Bugs Bunny playing basketball against a bunch of aliens was your jam, then you are in luck -- the creators of Space Jam have confirmed that there will be a Space Jam 2. Charles and Willie Ebersol are set to spearhead the project, with Charles as the producer and Willie as the head writer.
When the news first broke, reports surfaced that LeBron James would star in the film. His team has since denied the claim, however, so as of right now, James will not get to slam dunk alongside Daffy Duck. The announcement of the film does beg a number of questions, which I will list in what I consider to be the most important:
1) Which basketball star will be in the film?
2) Will the Monstars return? Or will we have a super-accelerated version of the Monstars? Or something even more evil than the Monstars?
3) Will Bill Murray make another cameo?
4) Will they even play basketball? Or will the characters decide to embark on an entirely new sporting venture, such as curling?
Only time will answer these questions (and any others that pop up). I always found Space Jam to be a delightful little romp, so I like the idea of the next generation having their own Space Jam.
Are YOU excited for Space Jam 2?
- Sarah Osman, YH Staff