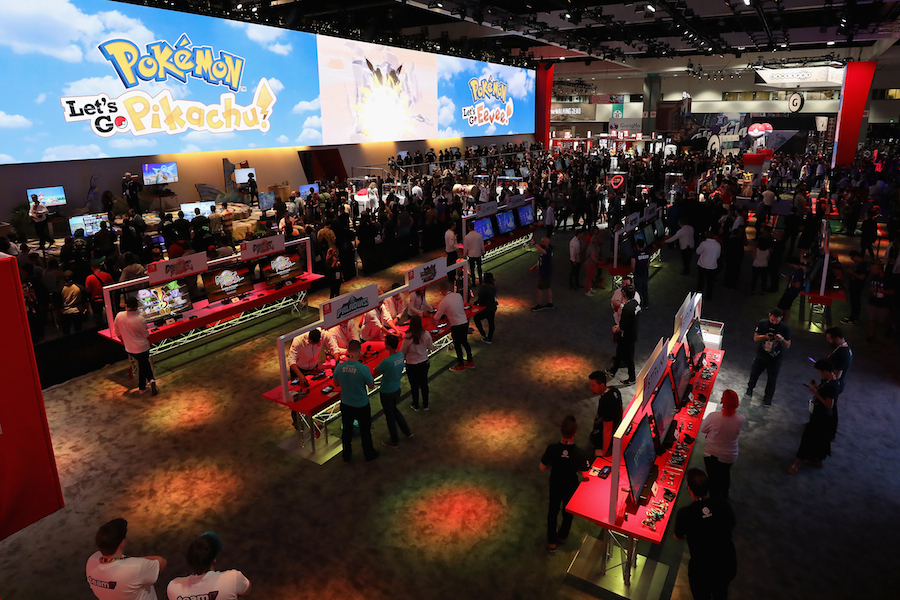 The anticipation is finally over! Gaming announcements have come to satisfy the masses at this week’s E3, held in Los Angeles. Nintendo had their spot yesterday, and the hype for their upcoming Nintendo Switch titles is real...

It’s no surprise that the Pokémon universe continues to thrive and deliver—it’s been captivating audiences for over two decades, and the fans keep growing. Nintendo just showcased some gameplay for their upcoming Pokémon: Let’s Go titles, which offer the options of playing side-by-side with either Pikachu or Eevee. The games will be offered in bundle options that include special Poké Ball Plus controllers! The controllers resemble actual poké balls from the games, and will have the ability to be taken on the go, in the same fashion as the Switch. They will also be able to recreate the noises of the captured Pokémon and shake, allowing users to have an authentic experience. Finally, it also comes with legendary Pokémon Mew installed for use. While this bundle will apparently cost you double the price of just purchasing the game alone ($50 vs. $100), it appears to be worth it. The graphics are stunning, and everything is set to release on November 16!

As of last night, Fortnite is now available on the Nintendo Switch! E3 has given viewers the opportunity to watch streams of professional gamers and celebrities as they take on the insanely popular game. One criticism is that Sony has prevented cross-platform play with PlayStation 4, which also forces Fortnite players to make new accounts for the Switch. Any skins and achievements that were made on the PS4 will not transfer over, but it’s still awesome to play on the go without a touch screen!

To the excitement of fans, every character from each Super Smash Bros. title will be included in this upcoming release! Currently the confirmed number of characters is at 66. Players will be able to use GameCube controllers, and any previous Super Smash Bros. Amiibos. Luckily we’re already halfway through the year, because this game is set to release on December 7—just in time for Christmas.

The trailer for the latest edition in the Mario Party series shows players putting two systems next to one another to enhance gameplay, as the action takes place across both screens. Nintendo games are amazing at emphasizing the value of playing with friends, so this feature is perfectly in line with that. This one is out on October 5 and should make a great addition to Halloween parties. (Losing in this game is more haunting than anything.)

A few other anticipated titles include: Hollow Knight, which released today; Fire Emblem: Three Houses and Daemon X Machina, both set for 2019; and more! You can go back and watch previous live streams at E3, or check out what’s happening right now on their YouTube. Whether you’re able to attend the expo, just watching it from home, and/or anticipating YH's upcoming coverage of the event, it’s an ideal way to start the summer—which won’t be hard to let go of as we look forward to the autumn and winter releases! If you don’t have a Nintendo Switch yet, look out for any upcoming bundle packages. Amazon Prime Day is also coming up next month, which could potentially have deals involving the system as well.