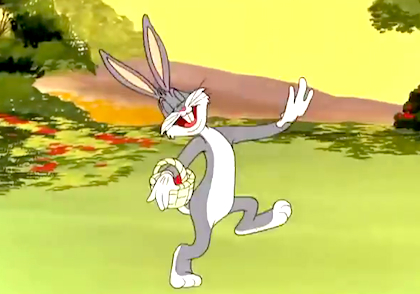 If you love cartoons, then I’m sure you know about Boomerang, a channel that, for the last 15 years, has only aired reruns of mostly old Hanna-Barbera cartoons. It’s where I discovered my favorite episode of “The Flintstones”, in which Fred and Barney start an illegal gambling ring disguised as a daycare, and then they are arrested and tried for child neglect and illegal gambling… Yes, that was an actual episode that actually aired on actually television.

Now, Boomerang is looking to change things up in their programing by bringing back two classics, Bugs Bunny and Scooby-Doo. This is also two different companies teaming up with Boomerang, as Bugs is a product of Warner Bros., and Scooby and the gang rep Hanna-Barbera.

Boomerang is seeing a trend in younger and younger audiences developing streaming habits, so they decided to turn to help from a rabbit. (Sorry about that rhyme, folks. It won’t happen again.) We actually have information on the new shows as well -- The new Bugs Bunny show, entitled “Wabbit – A Looney Tunes Production”, will see a return to form from the rascally rabbit as he gets back into his old habits. (Darn! Another rabbit/habit rhyme! Sorry! Last one, I swear!) He will face off against classic rivals like Elmer Fudd and Yosemite Sam, as well as new ones. (Michael Jordan, please make a cameo!) As for Scooby-Doo, his new show will be called “Be cool, Scooby-Doo!” and will show Scoob and the gang traversing personal issues, as well as catching crooks in masks with bad habits… who just might be rabbits. (Sorry! I lied! But that’s the last one!)

On top of revamping some old shows, Boomerang is bringing out something completely different too. They are bringing the best-selling children’s book Bunnicula into an animated comedy format. Bunnicula follows the adventures of a rabbit that has bad TENEDENCIES (from all the readers, thank you, Thesaurus.com) to suck all of the juice out of carrots for sustenance and to amp up his supernatural powers. It’s a good way to avoid having to answer the question a kid might have about how a vampire needs to suck the blood from a living person in order to live, but ultimately killing his or her victim. Now, if only they could come up with something clever like that for The Count from “Sesame Street”. “How many dead victims? One -- two -- three -- Three victims! Ah-Ah-Ah!”

No premiere dates for any of the shows have been announced, but it’s all definitely happening. Boomerang has cut deals with Warner Bros., Hanna-Barbera. and MGM to bring over 3,500 titles for people of all age to enjoy. Until then. let’s check out some of the bad habits from our favorite rabbit! (Sorry! Thesaurus.com ran out of good suggestions. It betrayed us all!)