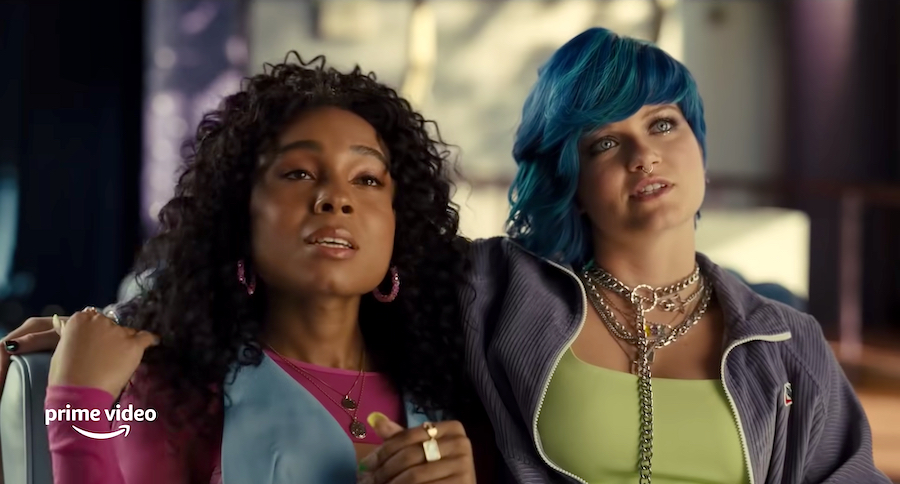 Gen-Z is redefining what the "rom-com" genre looks like by having previously underrepresented groups be the focus. Just look at Anything’s Possible (now streaming on Prime Video), which shows us the journey of Kelsa (Eva Reign) as she navigates high school as a Black trans girl. Her experience takes a surprising but overwhelming turn as her crush Khal (played by Iranian actor Abubakir Ali) confesses his feelings for her and subsequently disrupts their school’s fragile ecosystem. Billy Porter is the film’s director, making this his directorial debut and showcasing his talent for approaching complex issues with genuine care and understanding behind the camera just as well as in front of it.

Most people might recognize Porter for his Tony Award-winning performance in Kinky Boots or his Emmy-winning role in the television series "Pose". For the latter, he became the first gay Black man to be nominated and win in the Emmy’s leading actor category. Porter is passionate about queer issues and shared with POPSUGAR, “Being behind the camera, there’s an urgency in the sense of – I am at the helm of creating a space for the communities that have not been seen. And that is very powerful.”

Porter depicts Kelsa as trans without reducing her story to one of trauma. Being trans is only a fraction of Kelsa’s identity. She is also an animal lover, a style icon, and a best friend. This is a story about not being afraid of what makes you unique, and instead celebrating it. Kelsa is confident in who she is, but she’s also a teenager who likes a boy, and, let’s be honest, anytime you have a crush, that can be scary!

In an interview with EW, Reign said "A lot of trans people are going to be happy to see this, because we haven't seen it before." Reign continued, "It's also a story that is going to resonate with people who aren't trans. This is a time to really think about how they treat the trans people in their lives, whether you see a trans person every day or meet us randomly on the street."

Kelsa is challenged by the opinion of her peers, but her support system at home stays consistent. It’s refreshing to see the relationship Kelsa shares with her mother (played by Hamilton alumnae, Renée Elise Goldsberry). Their dynamic is easy and overflowing with unconditional love. Love is at the core of Porter’s story, whether it’s between best friends, a crush, or even family. In fact, Anything’s Possible is just another example of what love can look like in the 21st Century.