Bill & Ted Coming Back In The Not-Too-Distant Future! 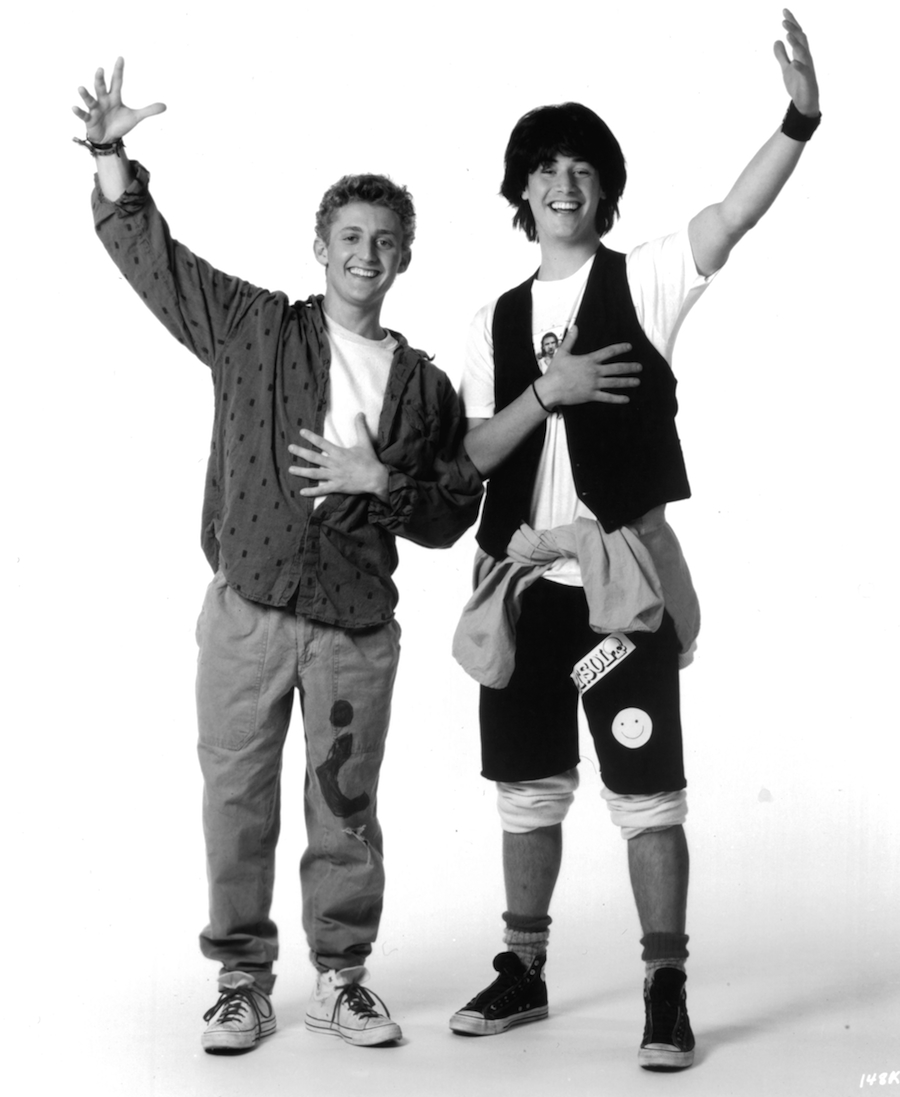 Some most triumphant news out of San Dimas--er, Hollywood today!

After years of hints, teases, and speculation, it’s FINALLY been made official that Bill & Ted will be gracing our movie screens once again, nearly 30 years after their first totally non-heinous time-travelling adventure!

That’s right,Keanu Reeves and Alex Winter are returning to the roles that put them (and an entire SoCal-inspired lingo) on the map back in 1989’s Bill & Ted’s Excellent Adventure. In fact, Bill & Ted Face the Music has already been written and has a crack team already assembled to bring this project to fruition, including original creatorsChris Matheson and Ed Solomon as co-writers, Galaxy Quest helmer Dean Perisot set to direct, and Steven Soderbergh on board as an executive producer. Excellent! [guitar riffs]

According toTHR, the long-awaited sequel will revolve around middle-aged Bill & Ted struggling to balance family life with their musical passions, while also feeling the pressure of not having yet written that prophesized song that supposedly saves the planet. Things get even more dire when they receive a visitor from the future who informs them that not just the planet but the entire universe hinges on their success! This kicks off yet another time travel adventure as Bill & Ted, accompanied by their daughters, are desperate to seek inspiration for the One True Song To Save Them All.

Admittedly, this was not the plotline I was expecting/hoping for. I always imagined this sequel would take place after Bill & Ted had already saved the planet and were struggling with being saviors and prophets and whatnot. It’s been almost 30 years, after all! You’d think they would have made SOME progress by now!

Either way, though, I am stoked for this project. B&TEA was one of my favorite movies as a kid, and I still drop everything to watch it if it comes on TV. Every history nerd like myself has had daydreams about going back in time to meet their favorite historical figures, and even what it might be like to bring them back to modern times. I’m also excited to see Reeves finally embrace his Ted “Theodore” Logan roots, as he had spent many years sort of distancing himself from the role in order to become a Serious Actor™. Winter, on the other hand, has kept himself busy behind the camera as a TV and film director.

Now that the film is officially a go, nothing left to do but… PARTY ON, DUDES!