Benedict Cumberbatch Taking on Shakespeare's 'Richard III' for the BBC 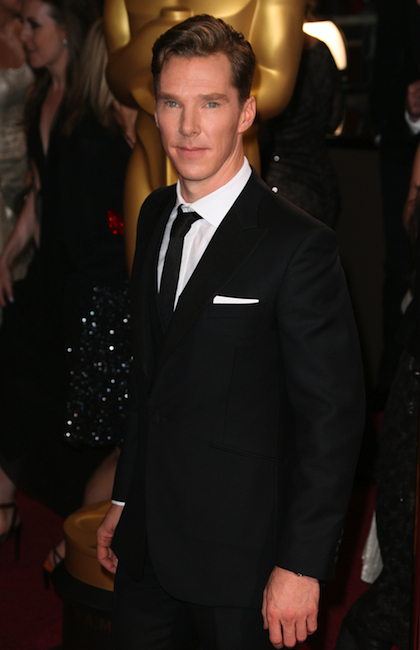 “Now is the Cumberbatch of our discontent…”

Alright, fellow Cumberb*tches and Shakespeare nerds, here’s some joyous news: Benedict Cumberbatch has been cast as the diabolical King Richard III in a BBC Two production of Shakespeare’s classic play, Richard III. Set to be directed by Dominic Cooke and penned byBen Power, the new adaptation appears to take a more historic approach to the notorious king. Cumberbatch’s casting is certainly more in line with what the actual Richard III may have been like rather than Shakespeare’s grotesque perception of him (for example, the historical king was not a hunchbacked monster as Shakespeare described him). I’m very curious to see Cumberbatch play such an infamous villain, and I have faith that he will bring one of my favorite Shakespearean characters to life. Cumberbatch himself does have a background in classical theater and is known for playing highly intelligent and gifted characters, two traits which are synonymous with the name “Richard III”.

The real-life King recently received an upsurge in popularity when his remains were uncovered in a parking lot in Leicester in September of 2012. The monastery where he had been buried had been demolished by King Henry VIII and forgotten, but thanks to the united efforts of the University of Leicester and the Richard III Society (dedicated to clearing the king's name), Richard was rediscovered after 527 years and re-interred at Leicester Cathedral. Oh, and that legend about Richard being a hunchback? Turns out he indeed had severe scoliosis of the spine, making one shoulder higher than the other (and giving the appearance of a hump). Yay archaeology!

This particular adaptation of Richard III is part of a number of plays known as “The Hollow Crown”, which has put on productions of Richard II and Henry V in previous years, and next year the group will present a production of Henry VI. (The Hollow Crown certainly gravitates towards Shakespeare’s most cheerful plays, don’t they?)

In the meantime, the Duke of Gloucester isn’t the only Shakespearean role Cumberbatch will sink his teeth into. He’s also set to star asHamlet for a Lyndsey Turner-directed adaptation of the play set to be staged in London in summer of 2014.

Are you excited to see Cumberbatch play Richard III?