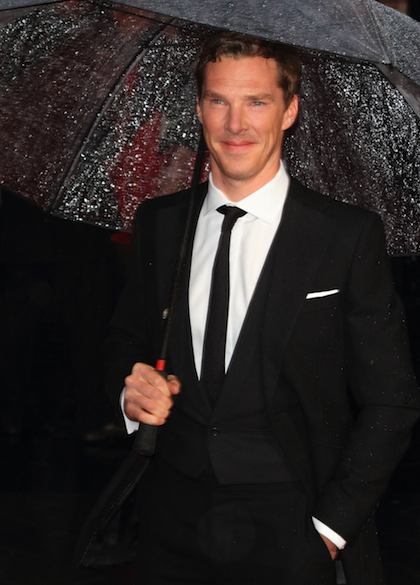 After years of searching -- scratch that, it’s only been a few months, it's just felt like years, Marvel has finally found their Doctor Strange, and the world is collectively losing its mind (in a good way). The delightfully quirky and oh-so intriguing Benedict Cumberbatch will star as Stephen Vincent Strange, a neurosurgeon who quits his job to pursue being a Sorcerer Supreme -- probably not the first neurosurgeon to do that, just the first one that we know about. Cumberbatch beat out some other Hollywood heavyweights to land the role, including Joaquin Phoenix, Jared Leto, Tom Hardy, and even McDreamy himself, Patrick Dempsey.

The only caveat to Cumberbatch becoming a Sorcerer Supreme is his very hectic schedule. He’s currently shooting “Sherlock” (which is basically like 3 movies in one TV series), numerous films, and is about to take to the stage. However, Marvel appears to have gotten pretty adept at handling their stars' chaotic schedules, so this shouldn’t be a problem.

Naturally, all of the Cumberbabes (is that what they're calling themselves now? I can't keep up...) are ecstatic over this news. Over the last few days, the internet has exploded with Dr. Strange Cumberbatch fever, to the point where people are spreading their joy across social media and taking a day or two off from posting cat videos. It’s well-deserved, as Cumberbatch is a talented actor who should be an even bigger star. If you need further proof, he has a minor but powerful role in last year’s Oscar winner, 12 Years a Slave.

Are you excited that Benedict Cumberbatch is starring as Doctor Strange?

Check out our chat with BC and his The Hobbit mates from this summer at Comic-Con: