BBC Sets New "Dracula" Adaptation: 7 Actors We Think Would Kill It As The Count! 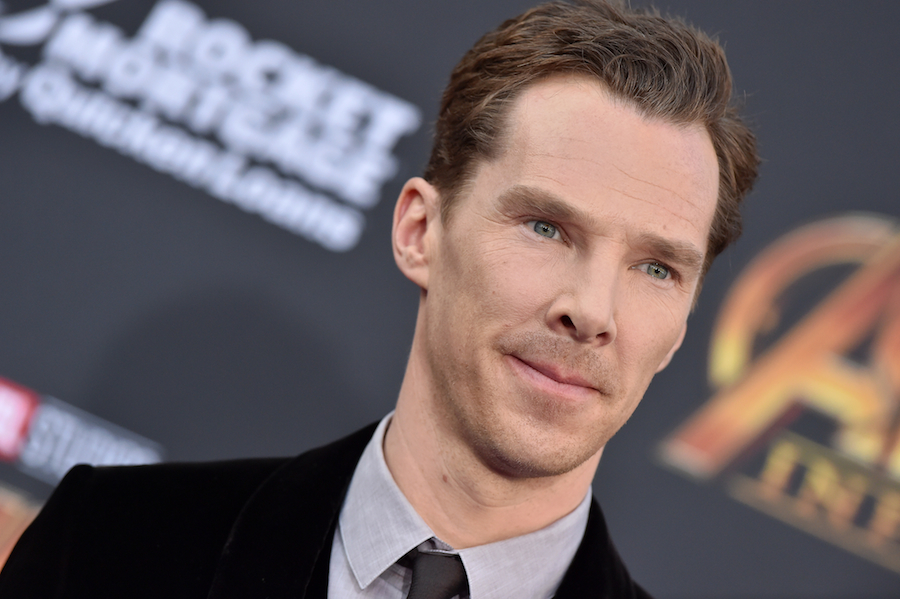 Get ready, vampire lovers, here comes a new series about the OG. From the team that created BBC fan favorite “Sherlock” (Mark Gatiss and Steven Moffat, to be exact) comes an all new adaptation of the classic Bram Stoker novel, Dracula.

Hartswood Films is set to produce, and BBC has commissioned three 90-minute installments of this series (a format similar to "Sherlock"). Netflix will distribute the show in the markets outside the U.K.

As per the novel, the series will take place in 1897 Transylvania and will revolve around Count Dracula, a blood-sucking vampire who has his eyes set on Victorian London.

This isn’t the first time Dracula has tried to make his way to TV. In 2013, NBCUniversal’s Carnival Films created a “Dracula” series for NBC, but alas, it only lasted one season.

One of the most popular adaptations of the novel is the 1958 film The Horror of Dracula, starring Christopher Lee as Dracula. Lee would go on to portray the count in numerous sequels. Another famous adaptation is 1992’s Bram Stoker's Dracula, starring Gary Oldman. BBC has also done an adaptation in the past. In 1977, they made Count Dracula, a 155-minute TV adaptation starring Louis Jourdan. But of course the most iconic version -- the one we immediately identify with the character on an aesthetic level -- is the classic 1931 film starring Bela Lugosi.

Casting for this most recent adaptation has yet to be revealed, but we have some pretty cool ideas of who we’d like to see take on this iconic role next!

Okay. I just really need to see him play another villain. After taking on a baddie like Voldemort in the Harry Potter series, I would loooooovvvvee to see him go all dark and twisted again for a role like Dracula. And at least he’ll have a nose this time.

A BBC favorite of mine. He’s done a whole bunch of different roles, but his most notable are always him playing the good guy (think about it -- Sherlock Holmes, Doctor Strange, etc.). We know he’s playing the Grinch this year, but that’s not super villainy. The closest we’ve probably got to seeing him in a “villain” role was in Star Trek Into Darkness. I wanna seem him go FULL dark.

I NEED IT. Dracula almost reminds me of Gatsby, a role which Leo absolutely killed. Stay with me here -- If Gatsby were a vampire, he’d probably be pretty similar to Dracula. I want it, I need it, give it to me.

He just looks like he could play a perfect vampire. He’s an incredible actor with a variety of roles on his resume, and this would be amazing for him. Again, he’s someone who’s had his share of dark roles before (Credence Bones in Fantastic Beasts and Where to Find Them, We Need to Talk About Kevin, etc.), but I’d love to see him go full dark, stalk about a castle, the whole nine yards.

Wow. I just imagined Jude as a creepy, yet charming vampire, and I got waaayyy too excited. I would love to see him tackle a role like this. He’s already so charming to begin with, he just has to pull out his inner creep, and he’s set.

I LOVE Tom Hiddleston as Loki. It’s probably my favorite role of his to date. And while Loki is a villain when we first meet him, we know he just has a troubled history and he kind of starts to be less and less of a true villain once we get to know him. He could TOTALLY take on a role like Dracula. Seeing him as a full villain would be so exciting.

Okay, I’ll admit, I’m might be throwing this one in here as a bit of a joke. But I am also completely serious! We’ve already seen R-Patz as a vampire of the sparkly variety in the Twilight series, But let's face it, Edward Cullen was more of a good guy, ya know? I’m not sure Pattinson would ever want to take on another vampire role, but I think he could seriously kill it as the Count.

Are there any celebrities you’d like to see play Dracula in this latest adaptation? It has yet to be announced when we’ll see this vampire come to life again, but we are so excited to get spooky with the famous Count when the new installments come to BBC and Netflix!